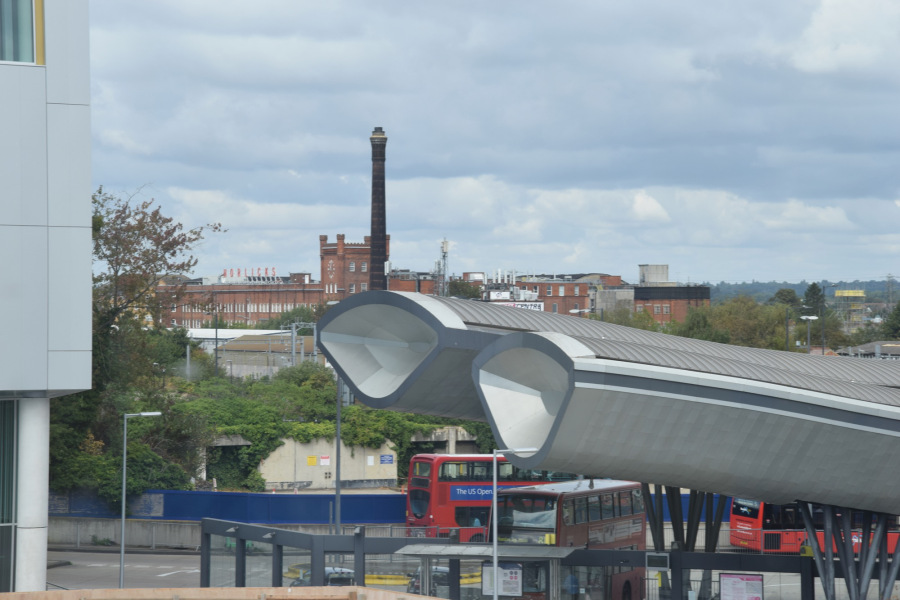 Ever since I read my favourite poet John Betjeman’s verse entitled “Slough”, I’ve wanted to visit the town to see if it was really as beautiful as he made it sound.  After all, he clearly didn’t call it “the mess they call a town” for nothing.  So forget what you thought about Slough, and come with me to be pleasantly surprised.

The first thing you see when you walk out of the station is perhaps Slough’s greatest wonder, its bus station.  Though this replaces a much more attractive predecessor, the new one is beautiful in its own way, with swooping metal curves and tubes above a beautifully open space.  Buses can be caught from here to all manner of exciting destinations, such as Bracknell and Maidenhead.  But don’t leave just yet when there’s so much to see!

The best way to see the bus station itself is from the nearby observation tower.  I’ll be honest, I wasn’t expecting, great as I knew Slough to be, that it would be sizeable enough to have a viewing platform.  This, it seems, is the result of some serendipity.  The tower started its life as the stairway to a footbridge over the dual carriageway, with lifts both to the top deck and to a lower floor giving access to the neighbouring superstore.  At some point, however, the people of Slough decided, quite rightly, to market this as a tourist destination, and so closed both the footbridge deck and the entrance to Tesco as unnecessary distractions.

The first thing you see when you walk out of the station is perhaps Slough’s greatest wonder, its bus station…with swooping metal curves and tubes above a beautifully open space.

Instead, the staircase now simply leads to a landing, which, unlike tackier attractions in Paris, London and similar, hasn’t been monetised, either by way of an admission fee or by the provision of an overpriced bar (indeed, there are no catering facilities at all).  From the top are panoramic views, including of the Horlicks factory and business park—of which more later—and of course of the bus station.  And on the way down, don’t forget to check out the artwork in the centre of the stairway.  (Sadly, this attraction is not suitable for those with mobility issues, as the lifts have now been closed.)

Slough is also famous for its town centre, which is divided into different “worlds”—like Disneyland, but better.  Let’s start with the shopping centre.  This is not just any shopping centre, but a period shopping centre.  The centre is very much in the spirit of Beamish or Blists Hill Victorian Town, except from the 1960s rather than longer ago.  The shopping centre, unlike those of the modern era, still contains a world of independent shops and cafés, and few of those modern chain stores—sure, they’re useful, but you can find them anywhere.  Presumably to fund the attraction, however, Primark and TK Maxx have been allowed in, but they’re sensitive additions, and the effect is very much maintained.

Outside the shopping centre, on the High Street, is the zone giving a look into the future.  Slough has, however, dispensed with the relentlessly-optimistic vision presented by Tomorrowland and Epcot, and opted for a more pragmatic view of the retail centre of tomorrow, where many of the shops have been replaced by online outlets.  Hence you can see a range of empty units, some still identifiable (experience waves of nostalgia at seeing BHS), and some giving the impression of having been closed so long ago that they’ve lost all distinguishing features—it’s uncanny, and you wouldn’t think it was a tourist attraction at all.  Catering in this zone is provided by a café called Tasty, which is definitely not trying to copy Costa, no matter what those nasty lawyers from Whitbread say.

… back at the station, you can see the stuffed corpse of Station Jim, a dog who used to patrol the station collecting money from passengers for railway charities.

There’s also a building called the Curve, but I’m not sure what that was: it was just beautifully curvy.  And, as Betjeman wrote, “there isn’t grass to graze a cow”—he was, of course, referring to the fact that there’s the open space of a car park, Britain’s first artificial cow-grazing land.

From here, take a walk to the Horlicks factory, famous all over the world for its 55-metre chimney.  And beyond that is the Slough Trading Estate, visited frequently by business park spotters from across the country.  (What’s a business park spotter, you ask?  Well, they’re like trainspotters, but for business parks. It’s a little less exciting because the business parks don’t move, but each to their own.)  It’s a very early example, and was built with its own power station.  It’s also home to the site of the building used in the opening titles of The Office as the headquarters of Wernham Hogg; the office block itself was attracting too many distracting visitors for the employees at the business park, and so was sadly demolished.  (We didn’t visit the site, wanting to save something for another day.)

Finally, back at the station, you can see the stuffed corpse of Station Jim, a dog who used to patrol the station collecting money from passengers for railway charities.  Apparently he was trained to bark whenever he received a coin, which, according to the plaque in his glass case, “caused a great deal of amusement to his numerous patrons”.  He would occasionally ride the trains, too; once to Leamington, and once to Windsor, where he refused to get the train back and walked instead.

So next time you’re on the way to London, or to Windsor, or not on the way to anywhere at all, why not visit Slough?  I promise you it’s an experience you won’t forget.

This article was previously published on Escaping Oxford 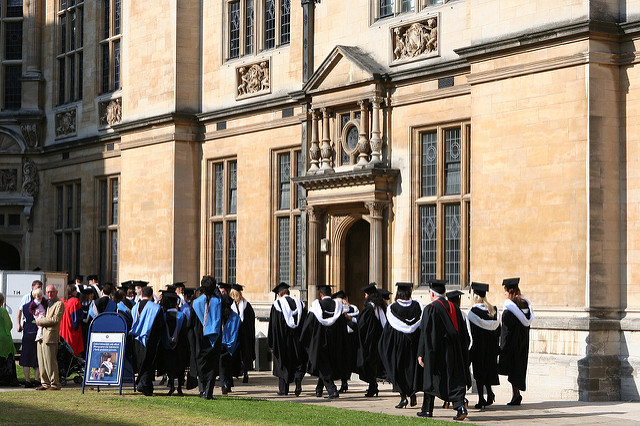 Isle of delight, or pile of shite?

Riga: a History of Opulence and Oppression