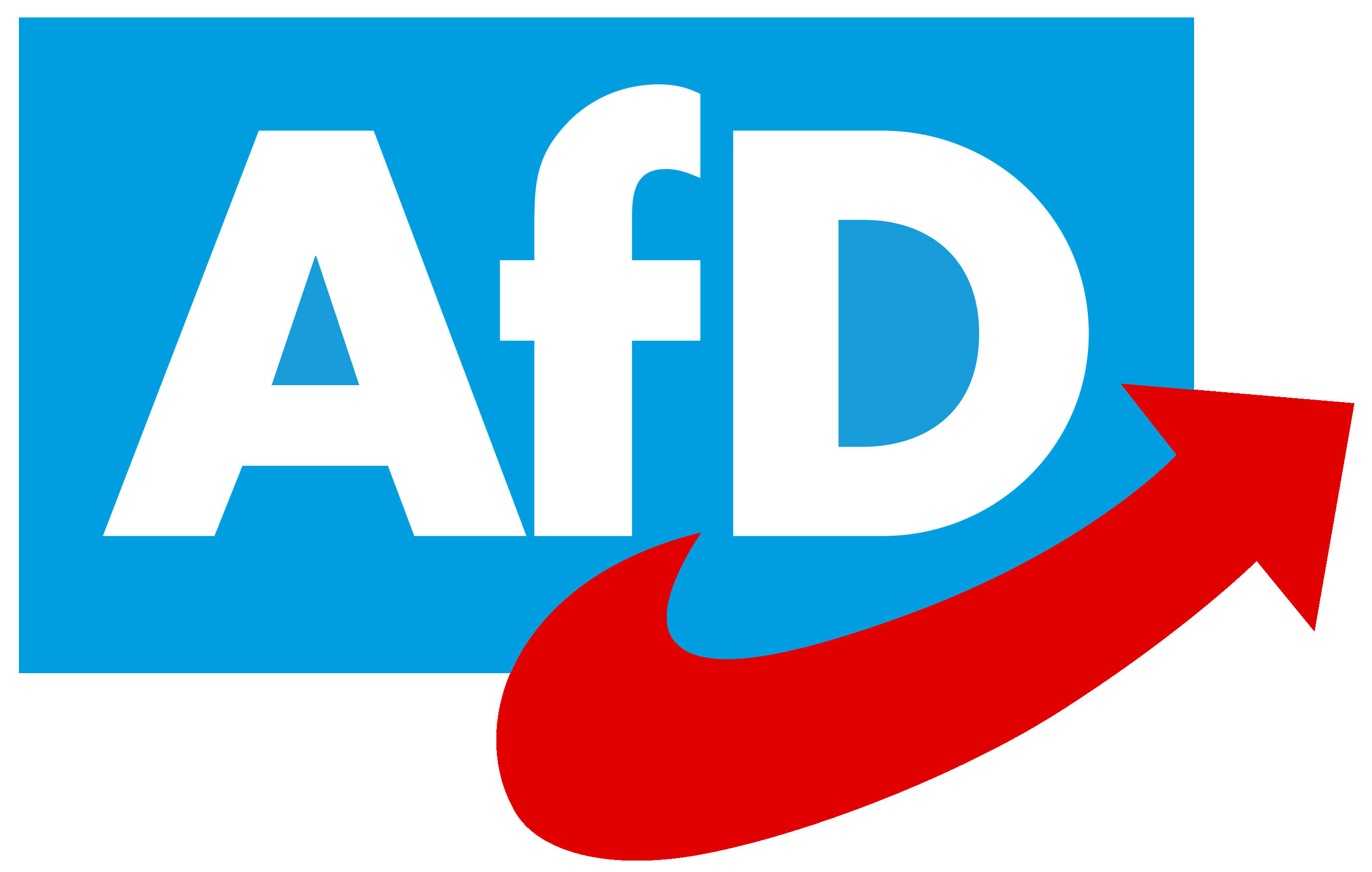 The Oxford Union announced on Friday that Alice Weidel, parliamentary party leader of the AfD, will not speak on the 7th of November due to security concerns. This article is a contribution from members of the German community in Oxford and is intended to serve as an explanation of our reactions to the event. Independent of whether or not they support no-platforming arguments – a majority of Germans saw potential reasons for confronting Ms. Weidel in the debate, but even better ones for protesting – inviting Ms. Weidel clearly involved some form of trade-off between potential gains from democratic discourse and the potential benefits to the AfD that can come with a platform in Oxford.

For most Germans, the risk of the latter outweighed the limited gains from this instance of public discourse. The AfD’s politicians are not known to change their attitudes during a debate (although they can be quick to claim they never made certain statements quoted by the press). Ms. Weidel herself walked out of a talk show when she was asked to distance herself from Björn Höcke, a member from the right-wing of the already right-wing AfD. Neither are party members known to be particularly civil; members of opposing parties have been physically attacked in the AfD’s offices in the Bundestag.

Nobody would have been as uneasy thinking about a centrist politician’s coming to the Union. But the AfD is not simply a normal party slightly on the right of the political spectrum.

As of the 28th of October,  the AfD has been present in all 16 regional parliaments in Germany. Its rise has to do mostly with the so-called migrant crisis in 2015. Yet, immigrants were not always the party’s main issue: it was founded in 2013 as a Euro-sceptic, economically right-wing party by Bernd Lucke, aiming to provide an “Alternative für Deutschland” (an “Alternative for Germany”). Its primary aim was not to push a xenophobic agenda, as one might expect, but  the abolition of the single currency.

In 2015, when 890,000 asylum-seekers came to Germany, the AfD shifted rightwards, painting stereotypes of the mostly Muslim immigrants as dangerous and lazy. Mr. Lucke left the party after losing the leadership election to Frauke Petry in 2015, stating it had become “too xenophobic and islamophobic”. After Ms. Petry took over, the AfD cooperated with the Freedom Party of Austria (FPÖ), a party of right-wing populists which now enjoys a place in the Austrian coalition government. It has also been strongly associated with the extremist Pegida movement in Eastern Germany (“Patriotic Europeans Against the Islamisation of the Occident”).

In the elections for the Bundestag in 2017, the AfD received 12.6 percent of the vote, becoming the third-largest faction in parliament and the largest opposition party to the government. After the elections, Ms. Petry resigned as chair after distancing herself from the frontrunners Ms. Weidel and Alexander Gauland. The party is now led by Jörg Meuthen and Mr. Gauland. A poll by the tv-channel ZDF in August suggests 17 percent of German voters would support the AfD if there were another general election now. In other words, the AfD is doing very well.

In some policies the AfD programme could resemble that of a Christian-democratic party at first sight: a focus on the middle-class, German culture, Christian values, and the family as an institution. However, there are many issues on which centre-right parties and the AfD differ, not least in the tone and implied motivation of their shared policies. Their family politics, for example, are deemed homophobic and misogynistic by many.

“That a party beyond that point makes it into all German parliaments would have been unthinkable just five years ago.”

When it comes to immigration, the AfD promotes an increase in the number of countries that count as ‘safe’ in order to classify fewer migrants as refugees and instead as illegal immigrants. Their goal is to lower the total number of migrants coming to, and currently in, Germany. When the largest number of migrants arrived in Europe in 2015, the AfD took stances ranging from economic worries about open borders to propositions bordering on open racism. In 2015 Björn Höcke, at the time spokesman of the party in Thuringia, made up a pseudo-evolutionary theory warning the “self-denying European settled type” of the threat to Europe from the “self-affirmative African spreading type”. To be fair, the AfD distanced themselves from this statement reminiscent of national-socialist evolutionary ideas – but only after some hesitation.

Another outcry was caused by Beatrix von Storch in 2016, when she posted: “Whoever does not accept the STOP at our border is an attacker. And we have to defend ourselves against attackers.” She then answered a Facebook user’s question whether she would shoot at women and children with “Yes”.

Around the same time, Frauke Petry told the police not to refrain from using firearms against illegal immigrants, a remark that foreshadowed President Trump’s recent suggestion that rocks thrown by Central American migrants be met with army bullets. A somewhat less violent but similarly derogatory demand was made by Ms. Weidel earlier this year in a plenary debate in the Bundestag: “Burqas, headscarf-girls, knife-wielding men on government benefits and other good-for-nothing people are not going to ensure our prosperity, our economic growth and our social welfare system.”

If our description so far made the AfD sound like just another populist right-wing party, let us move on to the comments that have probably made the AfD the most disagreeable to many Germans. Our friends and colleagues in Oxford sometimes ask us whether Hitler and National Socialism are at all mentioned in German history class. We usually respond the matter is discussed very thoroughly both at school and in the media, and that trying to reconcile being German with the time from 1933 to 1945 is a very present issue for almost all of us. The most outspoken AfD politicians, though, seem to have  simply skipped that part of being German.

Mr. Gauland, current party co-chair, called the Nazi regime a mere “bird shit” in German history when addressing the AfD’s youth division in June. Mr. Höcke, however, went even futher. As one of the most controversial members, he declared Germans as “the only people in the world who plant a monument of shame in the heart of the capital” in reference to the Holocaust memorial in Berlin.

“Recent immigrants do not commit significantly either more or fewer crimes than people born in Germany. The AfD’s public statements claim the opposite of these statistics.”

This is the politician from whom Ms. Weidel refused to distance herself on television. The AfD frequently uses rhetoric resembling national socialist jargon. Its public events are often associated with neo-Nazi groups, especially during right-wing rallies in Chemnitz in September. Several AfD MPs employ members of the neo-Nazi party NPD. The burden of proving those opinions unrepresentative of the party is constantly on the AfD. Still, the party leaders do not publicly distance themselves from the NPD. It is very questionable already to take ambiguous stances on national socialism. That a party beyond that point makes it into all German parliaments would have been unthinkable just five years ago. It has elicited some to draw fearful comparisons between the situation now and at the beginning of the 1930s. While that could arguably be a step too far, we should not refrain from action against the AfD. In general, there might be reasons to argue for tighter immigration policies and for reforming or leaving the EU. But the AfD’s rhetoric very much suggests a racist rationale, with a blatant disregard for modern liberal democracy underlying their politics.

Before the canellation of Weidel’s visit, we had urged students to sign several petitions calling for it to be scrapped, and asked for support of protests planned for the occasion. We also had questions we think the AfD needs to answer. Her no-show does not make them any less urgent. They are as follows:

Ms. Weidel’s faction is actively opposing progressive climate policies. It demands that Germany drastically cut the budget for renewable energies. Yet, scientific consensus definitively suggests that we will face enormous climate challenges in the future. In particular, there will be millions of climate refugees migrating to other countries when their own homes become inhospitable. Since the AfD so strongly opposes migration, why is it not among the first to combat climate change?

Why is it so difficult for the AfD to take a clear stance against right-wing extremism, such as with the NPD?

Recent immigrants do not commit significantly either more or fewer crimes than people born in Germany. The AfD’s public statements claim the opposite of these statistics. On the other hand, right-wing violence has increased in the last couple of years. Does it take any part of the responsibility for this trend?

The AfD opposes minarets and other aspects of traditional Islamic practice, claiming they stand in contradiction to “Western” values. But among the most important of these values are the freedoms of expression and religion. Does the AfD not see the contradiction?

The AfD worries about the fact that migrant women on average have more children than women of “German ethnicity”, because it changes “ethnic-cultural” structure of the population. Is this not overtly racist?

Now more than ever, it is these questions which must be posed to Alternative für Deutschland.