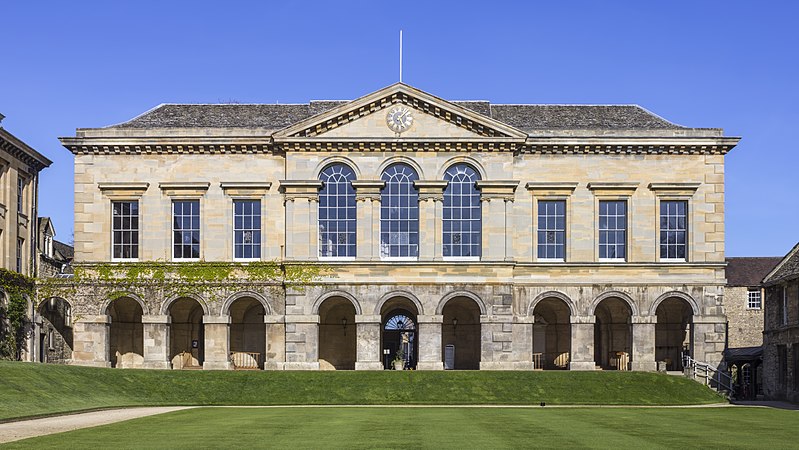 On Sunday 11th November, Worcester College JCR passed a motion to hold a ‘people’s vote’ regarding the JCR’s future membership in the European Union.

The referendum, to be held on Wednesday 14th, will let the members of the JCR decide whether it wishes to remain in the EU. The motion was proposed by 2nd years Luke Rickard and Boris Andrews, who favour continued membership of the organisation and believe that the JCR will do better remaining in the EU even if it means separating from the UK.

In their proposal, they noted that the majority of the JCR would have been too young to vote in the original referendum, and that Worcester’s constituency, Oxford West and Abingdon, voted to remain. If the referendum results in a remain vote, the JCR committee will be mandated to “write to the presidents of the EU requesting continued membership”, as well as informing Queen Elizabeth II of their intentions.

The motion was taken light-heartedly by many at the meeting on Sunday with laughter throughout, though Andrews told The Oxford Student that the referendum is “not just a joke, it’s our future and I’ll be damned if Theresa [May is] going to take that away from us”. The motion was prompted by similar discussions within other JCRs.

Despite its apparent light-hearted nature, the motion was not without its critics, with some feeling that JCRs should be politically unbiased to prevent any members that do believe in Brexit from feeling unwelcome. Others were sceptical about the feasibility of the idea, saying that the “JCR doesn’t fulfil the requirements of the EU”, and that as the per capita wealth of the JCR is higher than most EU countries, they would end up having to give more money to the EU than they would receive in return. This would mean the donation of much of the JCR budget every year to the EU. It was also feared that the Worcester College JCR would “become an epicentre for border smuggling crime” upon leaving the UK.

Some were critical of the motion itself, and its misuse of JCR time. Some labelled it “a disaster”, while one student told The Oxford Student that it was “one of the most ridiculous motions [they’ve] ever read”.

While the Worcester College JCR is unlikely to be recognised as a country and allowed to remain in the EU, the organisers hope that motions of this kind, especially at renowned institutions like Oxford University, will help further the case for a second Brexit referendum.