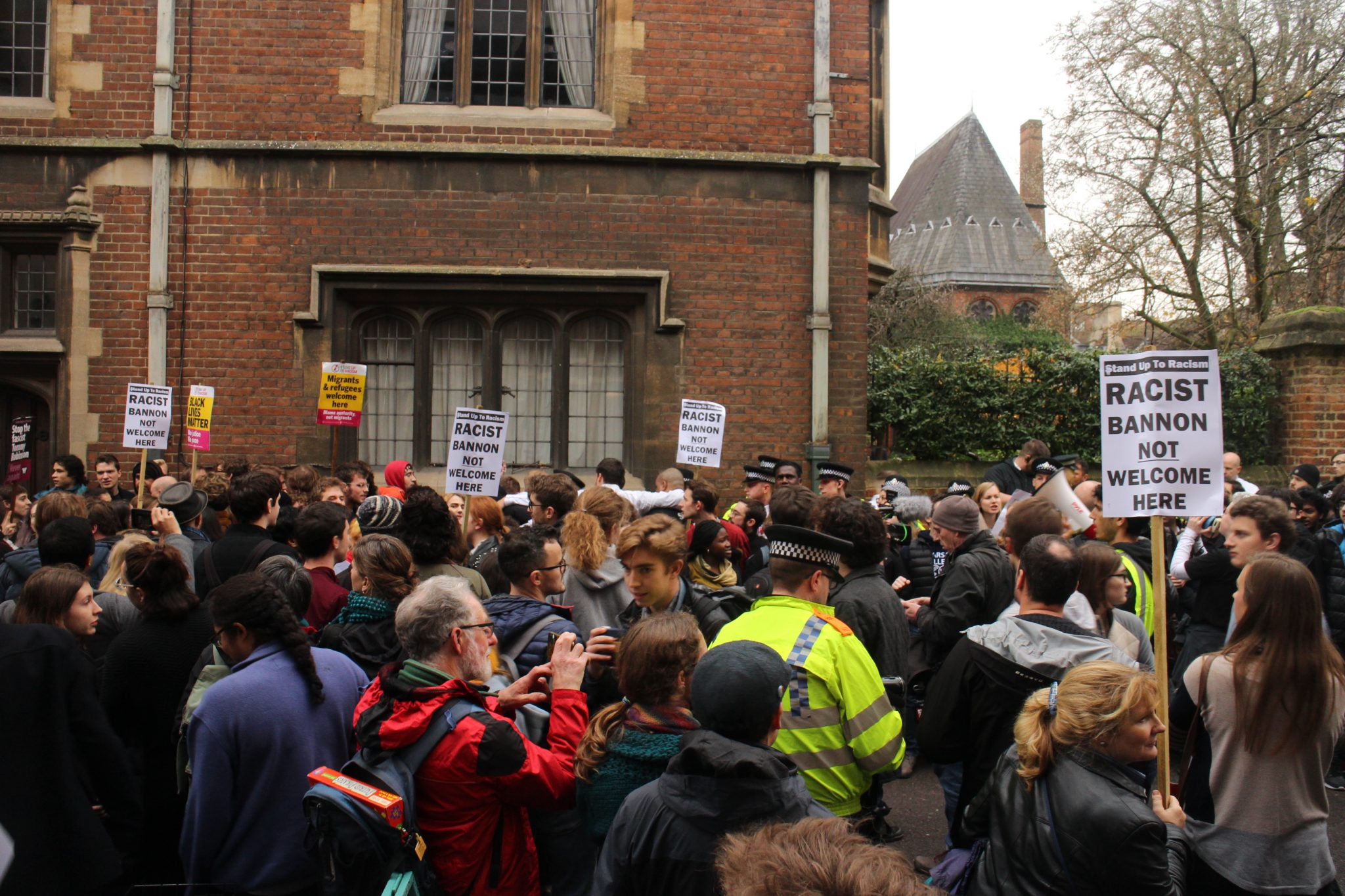 Bannon talk goes ahead as Union besieged by protestors

Steven Bannon’s talk at the Oxford Union finally got underway after a delay of over an hour as crowds of protestors besieged Frewin Court. The protests gathered at 14:30 and quickly blocked both entrances to the Union via St. Michael’s Street and the passageway off Cornmarket.  Police also formed a cordon around both entrances. A number of Union members nonetheless managed to gain entry.

Stephen Marks, former Oxford Union President for Trinity Term 1967, was present at the protest. He described the event as “very lively” and said it was “great news” that the entrances had been blocked.  Marks later read a statement from Oxford MP Anneliese Dodds which said “It is deeply concerning to see that yet again the Oxford Union is trying to court controversy by inviting someone who has made racist statements to speak”.

Counter-protestors were also present outside the Union. Demonstrators said to The Oxford Student that “it’s ridiculous to restrict free speech in Oxford”. They described Bannon as a “slimy git” but argued “if we don’t engage with his ideas we are strengthening  the alt right echo chamber”.

The talk was delayed by over an hour as protestors prevented Bannon from entering the building. Witnesses claimed that Bannon eventually got in after he was transported down Cornmarket in a police riot van and then escorted inside.