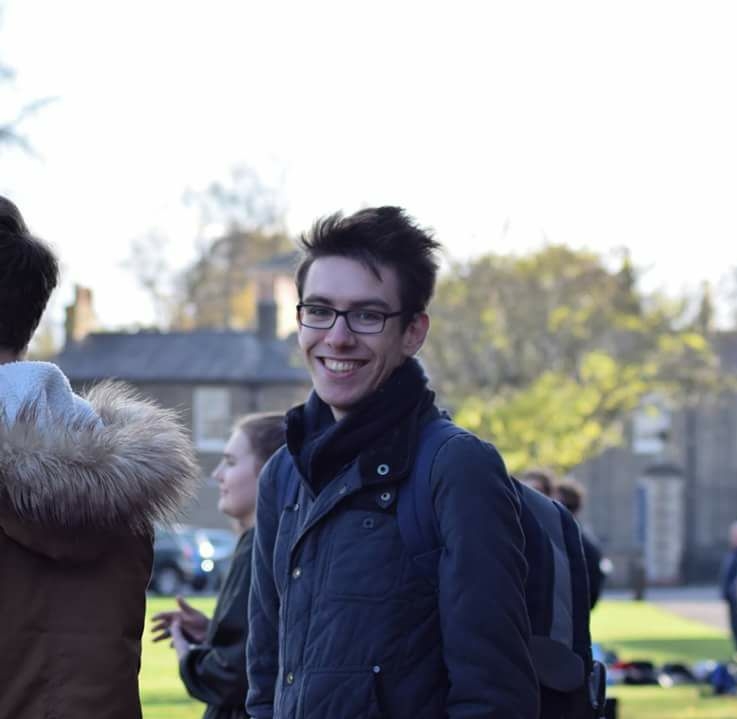 My mental health had been poor for a year and had deteriorated significantly in the weeks and months leading up to my first term at Oxford in October 2017. I experienced panic attacks and clinical anxiety and was halfway through an NHS course of Cognitive Behavioural Therapy (CBT) for acute health anxiety. However, I felt Oxford represented a new start, a place where I could shed my troubles and begin my life again in a way.

I did not get off to the greatest start; on the first evening, there was a formal dinner in hall for all the new freshers. The principal stood up to deliver a speech, welcoming us to Oxford and Jesus College. One line in particular stuck out to me for all the wrong reasons; he said “This college will be your home for the next three years.” As soon as he said it, I started experiencing intrusive suicidal thoughts, my mind seeming to say to me: “You’re not going to be here in three years. You’re going to kill yourself before that.”

On the Saturday of 3rd week, I walked round University Parks in utter anguish, battling suicidal thoughts that I knew I would not act upon but nevertheless could not drive out of my mind. My dad called me at this point and wondered if I’d like to come to Fulham with the family later that afternoon. I jumped at the chance, thinking it was just the boost I needed. At half-time, I cried to my mum for about half an hour, telling her about the thoughts that were scaring me. After the match (Fulham scored a last-minute equaliser), we drove home, went out for an Indian dinner, watched Gavin and Stacey, then went to bed: it’s funny the little details you remember.

The next day, I made a trip up to Cambridge to see friends. A voice in my head was telling me “This will be the last time you come to Cambridge.” I had learnt from CBT for anxiety to challenge such negative thoughts as a way of ridiculing and thus dismissing them, so I tried rebutting them with “Of course I’ll come here again”, or “I’ll definitely be around for Christmas this year”, or “I’m really looking forward to being sixty-four and close to retirement, of course I’ll be alive for that.”

But how do you tell your friends that the world is crashing down around you? For the most part, I didn’t. I told two of my closest friends there but I am actually somewhat embarrassed now to admit that I laughed it off, telling them via Messenger not to worry with exclamation marks and an ‘aha.’ Seeing them for the first time in a few months, I didn’t quite know how to tell them “I’m getting very intense suicidal thoughts, I don’t want to die, but fear I’m about to.” And how exactly could they respond to that? So, I put on a cheerful smile, ordered the drinks at Wetherspoons and kept all my demons locked away. I hugged them goodbye, wishing them a good rest of term but also desperately wishing that I would actually see them again.

I was trying to get on with work in the college library the following afternoon when a dark cloud of despair descended on me: I was becoming overwhelmed by negative and suicidal thoughts and could not stop crying. I went to the college nurse and we agreed that it would be worth trying medication. I started taking Fluoxetine the next morning (Halloween, spookily) and expected violent side effects, luckily experiencing none. Nevertheless, dancing at Plush later that night, that voice, that bully in my head, told me “This is it, this will be the last time you dance here.”

“You feel like you’re in the middle of your own TV drama, waiting for the next day’s episode, or wondering whether the writers have even scripted you in for that.”

The next day, Wednesday the 1st of November 2017, was the worst day of my life. Coincidentally, it was also my sister’s 18th birthday. I arrived at Guildford station and was picked up by my mum. At home, I tried to be positive for my sister but already I was struggling. We went for a tapas lunch in Guildford town centre and black depression fell upon me, and fighting back against the negative thoughts wasn’t working. I could hardly bring myself to speak and while my sister and her boyfriend were happily knocking back sangria, I felt almost numb. In the toilet I was driven into something of an existential crisis. “There’s no point to life,” I thought, “How do people get through every day? How does life just move on?” I then walked up the High Street in what felt like unreality. I knew Guildford like the back of my hand yet, that day, everything felt foreign. The pavement, shops, distinctive cobblestones, nothing felt real. You feel like you’re in the middle of your own TV drama, waiting for the next day’s episode, or wondering whether the writers have even scripted you in for that.

Back home, I looked out of the window into our garden and it seemed like an alien land, one I’d never see again. I curled up on the sofa, still being battered by the onslaught of this storm, anxiety and depression rolled into one demonic whole. My mum encouraged me to watch some Family Guy to cheer me up but it failed and, lying on the sofa, I told her it wasn’t working. Then, she finally cracked: she came over, hugged me, and began to cry.

I lay back on the sofa, drifting in and out of sleep, and had to make the decision to live. Later, my dad came in from work, sat by me and held my hand. I clung to it tightly and said “Please, Dad, don’t give up on me.” He assured me he wouldn’t. We talked through all the things I had to look forward to in life, all the plans he had for me, all the places he wanted to go with me, with my mum and sister looking on. I still feel guilty for ruining her eighteenth birthday! She and I then played Mario Kart in the other room, which lifted my spirits, especially as I won most of the races. The next morning, we drove down to the doctor’s office and I spoke with the doctor, who prescribed me diazepam, to be taken if I felt so distressed that I became suicidal.

I took the train up to Oxford the following day. Standing at platform 8 of Guildford station was quite a strange experience. Nothing in the world seemed to matter and I was feeling completely miserable. I felt I had to stand away from the edge just in case I felt the urge to throw myself onto the tracks. I saw the college doctor then walked to the University Counselling Service for an appointment, in a state of despair and confusion.

The meeting with the counsellor was a real turning point, I feel. Those fifty minutes helped me, even just slightly, gain insight, clarify everything in my head and give me some hope that I’d make it through. I told her that I feared I was suicidal and that I was completely unable to work or do anything, which distressed me greatly especially considering how much I had been looking forward to starting at Oxford. She asked me, “Have you bought a rope?” I replied with the negative. “Have you bought loads of paracetamol?” Again, the same answer. She then said, “Well then you’re not suicidal. You’re just getting suicidal thoughts.” That brought great relief, but also great curiosity: What was I, seriously depressed? She explained that what I was suffering from was probably driven principally by anxiety.

Anxiety. The word represented a lightbulb moment for me. Was all this just anxiety? It certainly did make sense. I had falsely assumed that suicidal thoughts only manifested themselves as the last stage of severe depression, when the ugliest thought in the human psyche, self-annihilation, tapped on the window. Not so. Suicidal thoughts are a common symptom of almost all mental health conditions and, though unpleasant, do not necessarily indicate severity.

After lunch with friends, where we discussed living arrangements for second year, a future I still found difficult even to countenance, I made my way down to London to stay with my aunt and uncle. I usually turned up at their house full of joy and mirth so to find myself walking to their front door battling thoughts about the bleakness of existence was rather distressing.

“The meeting with the counsellor was a real turning point, I feel. Those fifty minutes helped me, even just slightly, gain insight, clarify everything in my head and give me some hope that I’d make it through.”

The next morning, I woke up feeling absolutely dreadful. I was speaking to my uncle about how terrible I was feeling when my aunt came down and they asked to pray for me. They are committed Christians and my losing my faith a few years ago came as a shock to the family. I had no hesitation in saying yes, I would never deny someone that opportunity of showing love and concern for me. My aunt then pulled out her Catholic prayer book and noted that that day’s Gospel verse was so apt. As she read, it struck a deep chord and I began to cry, with her holding me in her arms. The verse was: “Come to me, all you who are weary and burdened, and I will give you rest.”

I later went to the Wallace Collection in central London with my best friend Jack. He was brilliant throughout the whole process, suffering from OCD himself, and called me every day, multiple times, to check on me and guide me through. I was still feeling rather numb and despondent, but in one of the galleries, upon admiring some of the paintings, I started to feel alive again. I began to talk excitedly about the paper I was taking next term, and suddenly the future seemed to reappear. A chink of light had broken through the cloudy gloom.

Does this all sound a bit melodramatic? It certainly feels like that writing about it. But when you’re in the middle of a breakdown, everything matters.

Every single little act suddenly becomes both fundamentally important and utterly meaningless. Going to bed and thinking about tomorrow become luxuries of a previous, unfathomable past life.

Mental breakdowns are not fun. But when I look back, a year on now, I ask myself whether I’m glad I went through it. I can’t say I’m glad to have felt the mind-numbing agony of existential terror, but at least, it has opened my eyes to the best way to live a full and meaningful existence in the short time we have on this earth. Losing my sanity helped me win my life today.

How to shoulder the burden of student loans 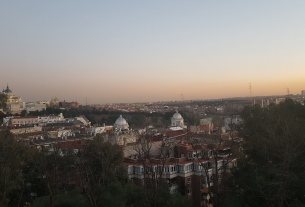 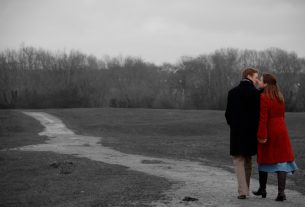