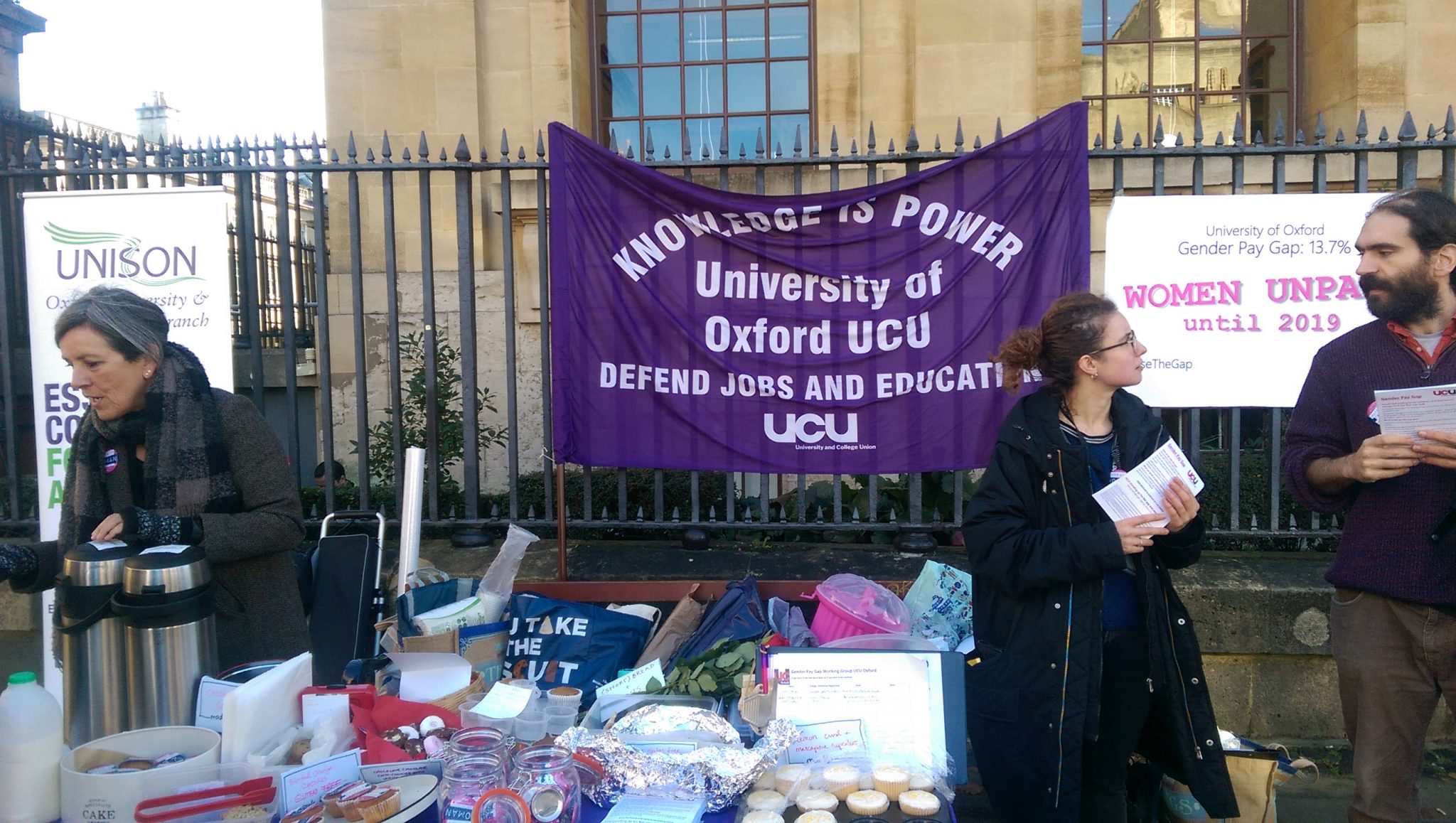 On Monday 12th November, members of University staff have taken part in a cake sale and “unpaid women’s non-working lunch” to raise awareness of the gender pay gap at Oxford University

The local branch of the University and College Union (UCU) organised the stall outside the Clarendon building, at the corner of Broad Street and Catte Street, which is used for University administration.

The cake sale, entitled “The Great 13.7% Pay Gap” in homage to The Great British Bake Off, and inspired by the Fawcett Society, highlighted the University’s average gender pay gap of 13.7% by charging men £1 and women 86p for a selection of cakes on the stand. The “unpaid women’s non-working lunch”, which organisers noted was open to those of all genders, asked members of University staff to eat lunch on the steps of the Clarendon Building to further protest the gap.

In pamphlets available from the campaigners, they noted that this pay gap means that “between November 12th and New Year’s Eve, women are effectively working for free.”

One of the reasons for the gender pay gap across universities, and in jobs more widely, is that there are fewer women in top positions. According to the most recent data provided by the Higher Education Statistics Agency, HESA, women make up 54% of total staff in UK universities, but only 31% are in senior managerial roles, and only 25% of professors are women. Exacerbating this gap is the finding that 65% of roles earning more than £50,000 in Universities are occupied by men.

At Oxford in particular, 76% of staff being paid more than the University’s main salary are men, with 82% of those earning over £100,000 also male.

One campaigner at the event told The Oxford Student that the University needs “speed up the process of getting women into senior roles”, and suggested that casualisation, the process by which permanent contracts are replaced by more temporary ones, may make this more difficult.

Co-President of the University of Oxford UCU branch, Anna Duncan, has said ‘The University of Oxford has a significant section of its workforce that is effectively working for free until the end of the year. The university should be leading the way in closing the gender pay gap and ensuring women are better represented in senior positions.’