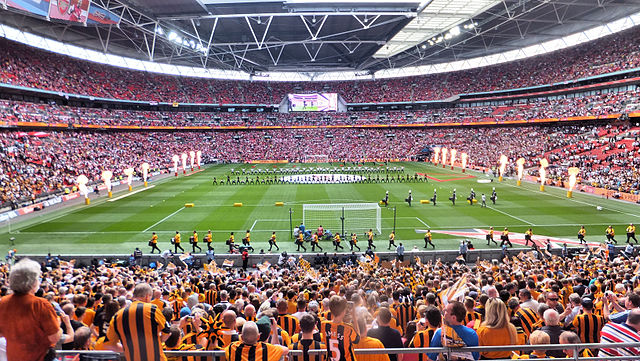 Why inclusivity in sport is important in Oxford and beyond

One of the most successful Stonewall campaigns of recent years has been its “Rainbow Laces” initiative. Through this campaign, the LGBTQ+ charity has aimed to promote equality and inclusivity in sport by challenging homophobic, biphobic and transphobic attitudes. A study commissioned in the course of the campaign found that there is still a long way to go before sport is seen as truly accessible to the LGBTQ+ community.

The report found that nearly three quarters of British football fans have heard homophobic abuse shouted during matches, with 18 to 24-year-olds the most likely group to say they would feel “embarrassed” if their favourite sportsperson came out as LGBTQ+. Over 20% of young people who participated in the survey said they viewed homophobic abuse at football matches as just part and parcel of the game’s “banter”.

Reflecting on the results of the survey, Ruth Hunt (CEO of Stonewall) observed that while the majority of people see homophobic chants and abuse as a problem, and want to see sport become more welcoming of lesbian gay, bi and trans players and fans, there is a persistent minority who believe this sort of abuse is acceptable. These attitudes have created a culture in which lesbian, gay, bi and trans participants in sport feel “unsafe, unwelcome and unable” to be themselves.

“Until there is more representation on a wider scale, people will continue to feel uncomfortable and potentially unable to be ‘out’ whilst playing the sports they love.”

Sport can be a great way to improve your mental health, build close support networks, and meet new people. All these benefits are of particular relevance to those within the LGBTQ+ community due to the higher rates of mental health issues and feelings of isolation and shame that may come with being different and ostracised.

Therefore, it is particularly saddening that LGBTQ+ people are often excluded from something which could prove to be incredibly helpful. It is imperative that all sports clubs, personalities, and fans take a stand against the abuse and show support for those who are targeted.

Thankfully, it seems like the sporting scene in Oxford is making the progress that is needed on a national scale. The Oxford Student spoke to Ollie Shorthose, who ran the inaugural Pride in Sport event, which took place last month in Vincent’s House and aims to support LGBTQ indivdiuals in sport, about LGBTQ+ representation in sport and what issues affect the community in university-level sport as well as on a wider scale.

How was the Pride in Sport event? Why are these types of events important in Oxford?

The event went really well; I was genuinely prepared for no one to come as it was the first event of its type and didn’t know how it would be received but we had 30-40 people come, all of whom were pleased that we had decided to run the event. The event itself is important because from personal experience uni athletes can often find themselves removed from college circles by the sheer volume of training they have to do and so can drift away from support networks that are well engrained in the college setup. There currently isn’t a uni-wide LGBTQ scene for athletes and so those who may feel unconfident or unhappy with issues dealing with sexuality or identity may have no one to turn to. By running events like the one we did, hopefully people can start to feel more comfortable within Oxford sport and can also meet people who might have the ability to provide the support they may need having been through similar issues themselves.

What has it been like being LGBTQ+ in a sports team?

The experience varies hugely from team to team, largely because of stigma attached with various sports. For example, I know that in the men’s rugby club, an LGBTQ athlete would be welcomed like any other person as that is the nature of OURFC; however, the long-term stigma behind rugby might mean that someone could feel uncomfortable being ‘out’. Generally, the university atmosphere at Oxford tends to be welcoming of LGBTQ issues and so I think being LGBTQ in an external team would be extremely different.

What are your thoughts on LGBTQ+ representation in sport on a wider scale?

Currently LGBTQ+ representation in sport is lower than the average. There’s a really comprehensive report done by Sport England about this which I highly recommend reading to anyone interested. The report shows that football and rugby are hugely underrepresented, especially at a professional level and I think that is a huge issue that needs to be changed in the future. I know that for a lot of people with questions about their identities, they seek someone similar to them so that they can compare attributes and feel normal. Until there is more representation on a wider scale, people will continue to feel uncomfortable and potentially unable to be ‘out’ whilst playing the sports they love.