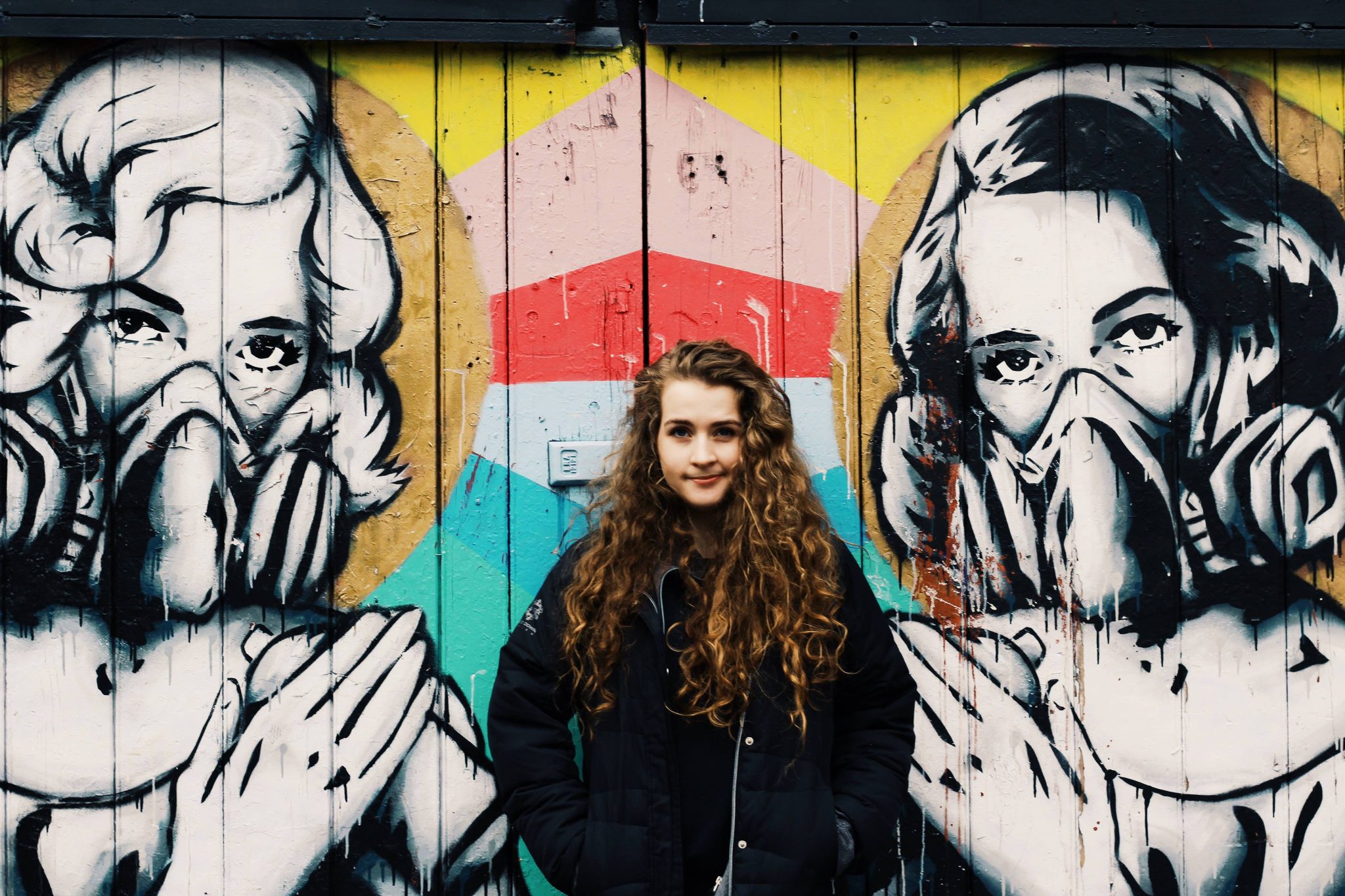 Hannah Kentridge is a 21-year-old, 4th year undergraduate at Pembroke College, Oxford, studying Oriental Studies and specialising in Japanese. She has been making YouTube videos since she was thirteen and has over 60,000 subscribers. Many of her videos are either in Japanese or include Japanese subtitles. Some of her most popular content has been watched by hundreds of thousands and her most viewed video ‘Finally Travelling to Japan’ has racked up 1.3 million views. She comes from Durham and has English parents, but has learnt languages from an early age and spent her year abroad in the Kansai region of Japan.

Why did you decide to learn Japanese rather than any other language?

I think I’ve always had more of a brain for languages rather than maths or science. My mum was a languages teacher, so I think she encouraged that. When I was ten, I was really into the game Animal Crossing, and I found the Japanese anime movie version of it, and that was the first time that I had ever heard Japanese. I just thought that it sounded really nice. I really like the soft consonants and gentle sounds in Japanese, and so from there I just wanted to hear more of it. So, I got into anime (of course) which really helped. Because I was so young as well, I think I still had that kind of sponge brain. So, I was just absorbing Japanese very quickly without even trying to that much, and the more I could figure out, the more I wanted to know.

I started learning Japanese when I was 13 and part of my practice, I would upload videos of myself talking in Japanese on YouTube, and that gathered some interest with Japanese people and Japanese learners. It’s been quite a while now, and I’m still going.

Do you think it’s helped you learn Japanese?

Definitely. I think that the first-ever video I uploaded was just me trying to introduce myself in really bad, broken Japanese when I was first learning. A lot of it is just motivational, because if I upload a video in Japanese, people will say “Wow, that was cool”. And I’ve even had people say that it makes them want to learn Japanese, which makes me want to do it more, and in turn improves my Japanese. I do think making videos is quite good for learning languages.

Moving on to the present, how do you balance YouTube with studying at Oxford?

I definitely think that YouTube has taken a backseat over the past few years. Especially when I’m in Oxford. I only film or edit videos if I have a sudden whim to do one. I definitely make more in the vacation. I feel like I’m not as active as a lot of the YouTubers in Oxford, but it’s always really fun to meet them and see their videos and their own interpretation of Oxford life and what they want to show to the world, because it is quite different. I think a lot of people make videos as a kind of educational resource for people who want to come to Oxford but I’ve never really done that. I’ve done maybe one Q&A video, but usually its more ‘Look at my weird life’ because most of my audience is based in Japan. So, a lot of it is just showing people in Japan what Oxford life is like, and not really romanticising it or anything, but just showing what work it is I’m doing that week, or what my room looks like and just showing my normal life. Obviously, Japanese was a hobby, and I was speaking internet Japanese and teenager Japanese, and it’s been so good to be able to come to Oxford and actually learn some grown-up, real-world Japanese, and turn it into something that I can properly use in my life.

Having spent a year in Japan, do you want to go back out?

I definitely think that a year wasn’t long enough for me. I want to go back out there, I don’t know about forever. I’m not sure if I want to work in Japan, but there is still so much more that I want to see, and I still want to improve my Japanese even further. I think that being there is the best way to do that really.

What do you think Japanese people make of the fact that you’re a foreigner making videos in Japanese?

As I say, I don’t really feel the need to filter myself that much on my YouTube channel. So, when I was on my year abroad, I made a video talking about how I was at first struggling to settle in a bit, and a lot of people took that as an attack as Japan as a country. I got a lot of comments telling me to “go home to my country, and if I don’t like it why am I here”, things like that. But I’ve never really had anybody say that because I’m white I shouldn’t be learning Japanese or anything like that. I think also Japanese people have quite a romanticised view of England, and so a lot of people are quite excited to see an English person learning Japanese. I’ve not really had any bad comments about that apart from the people who are really wanting me to love every single aspect of Japan without any criticism.

How do you find dealing with negative comments from people who don’t know you in real life?

I do mostly get positive comments, but its always the negative ones that stick out and I think that it’s because people can click on a video of me at age 15 and then immediately afterwards click on a video of me aged 21. People don’t really understand that I’ve changed as a person. Its hard to figure out what’s the most constructive way to deal with that. Sometimes I’m tempted to repost the comment on twitter so that I get loads of replies saying, “No I disagree with that!” because that feels good. But then also that’s just highlighting the nasty comment, which is probably what they want. I should start deleting them and ignoring them, but it is a bit difficult to just ignore them. A lot of YouTubers after a while stop reading their comments entirely, but I’ve found them quite addictive to read because its people talking about you. It’s pretty hard to persuade yourself not to scroll and see what people are saying.

I’m aware that you are a member of the LGBT+ community and have made a ‘coming out’ video. How does that interact with YouTube and your experience of Japan?

It’s actually been so much more positive than I expected it to be.  I uploaded a ‘coming out’ video around three years ago, and I spoke in English and put Japanese subtitles on it, so I am out to both my English-speaking audience and my Japanese-speaking audience. And I really got an overwhelmingly positive response. The worst comments I got were “Why do you feel the need to tell us?”. I mean my channel is not about my sexuality. I don’t talk about things like that really. It’s not like by coming out on YouTube, I turned it into a ‘lesbian channel for lesbians’ or anything like that. But it definitely helped me to feel a bit more like I could be myself and be more authentic because I felt like I didn’t have anything to hide anymore. Japan probably isn’t the easiest country to be gay in, I definitely have the privilege of being a white foreigner. When I was in Japan, people kind of thought of it as something people do abroad. I think it would be so much harder to be a Japanese person who’s gay.

How do you feel about social media more generally?

I think it can be a force for good. If it wasn’t for twitter actually, I don’t think my Japanese would be nearly as good, because when I was a teenager I was tweeting almost exclusively in Japanese. I was replying to other people and getting help with grammatical questions I had and things like that. But it does suck you in. I think its fun to share your life, but its so easy to tailor how your life is seen and I think a lot of people think they know me incredibly well, because they watch my YouTube channel and they follow me on Instagram and Twitter, when in reality when I don’t post every single thing that happens in my life – I just post the fun things.

Do you think YouTube has given you opportunities you wouldn’t have had otherwise?

Definitely. The first time I went to Japan was to film a TV show that I got asked to be on called, ‘A foreign YouTuber has come’, and I got an all-expenses-paid week in Japan. It was like a really, really good first experience in Japan, that I wouldn’t have been able to have if I hadn’t been spotted on YouTube and invited to do it. I have had some good stuff.