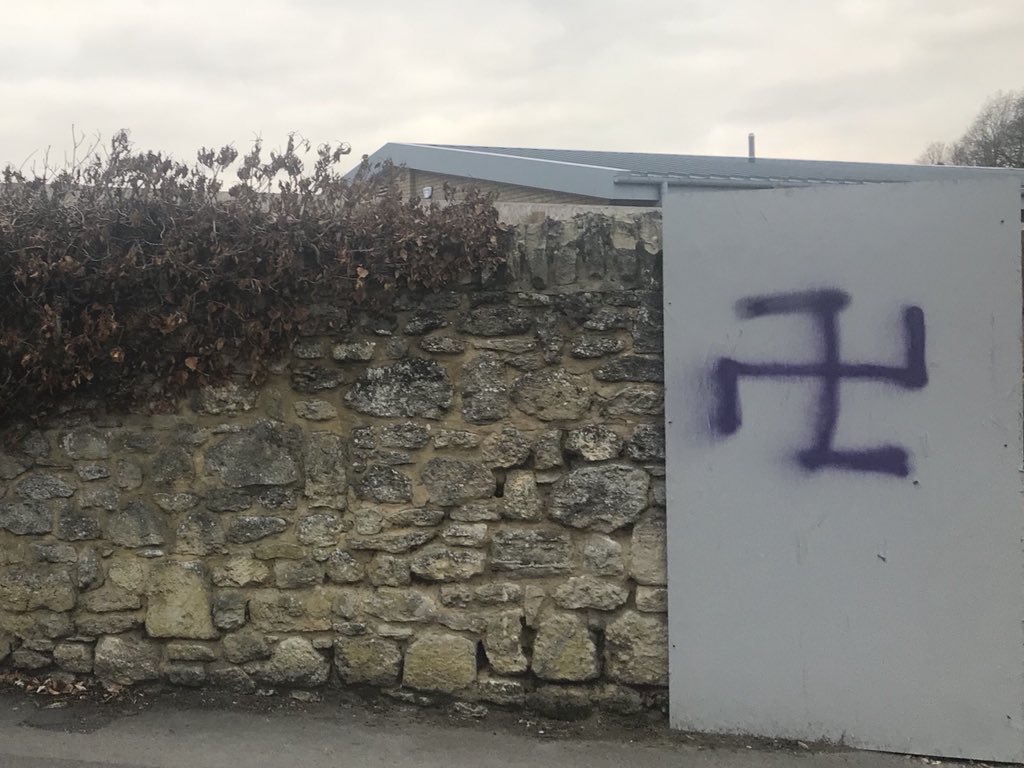 On the night of Saturday 17th, a number of swastikas were spray painted onto the walls of Quarry Pavilion, a community centre located on Margaret Road in Oxford.

City Councillor Shaista Aziz took pictures of the graffiti and posted on Twitter that she was “Absolutely disgusted to see Nazi signs sprayed on a wall and building in Oxford.

“This is how hate crime is normalised.”

Councillor Aziz campaigns for equality at a national level, and told The Oxford Mail that “As a society we cannot be complacent about this”

“I think it is very important that when people see bigotry like this on our streets it should be reported.

“I am shocked to see that this type of bigotry should be visible in our city and it cannot be.”

It is estimated that the vandalism would have taken place at any time between 6pm and 8am that night.

Early on Monday morning, the City Council reportedly removed the symbols from the community centre.

The swastika was spray-painted upside down, which prompted one local resident to comment that: “the culprits have not yet got to grips with the GCSE history syllabus”

The same commenter refused the suggestion that the area was becoming a neo-nazi hotspot.

Oxford has seen a rise in Nazi-related incidents recently, with Banbury couple Adam Thomas and Claudia Patatas being convicted for their membership of the far-right group National Action.

The couple had even given their child the name Adolf in honour of the fascist leader, and could be seen online in pictures of them wearing Klu Klux Klan uniforms in their home decorated with swastikas and other Nazi insignias.

More recently, videos have emerged that show participants in the Pro-Bannon protest outside the Oxford Union on Friday last week making Nazi salutes and imitating a military goose-step.

A number of students Tweeted comments and videos from the protests, with DPhil student Mahsa Alimardani commenting: “While at the protest I noticed that the pro-Bannon folks in the crowd didn’t shy away from doing their Nazi salute.

“What a sad time to be alive.”