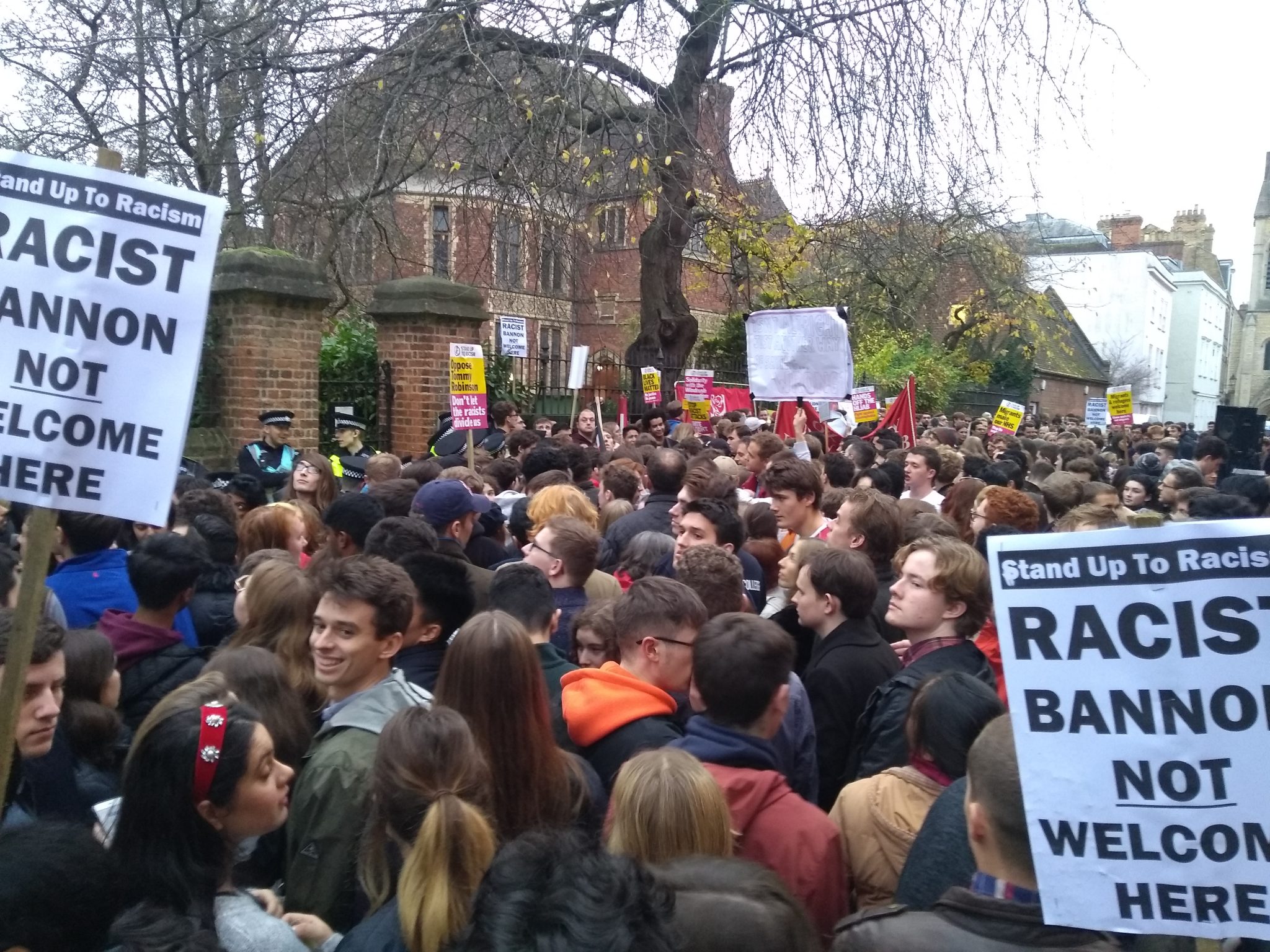 Oxford Union President Stephen Horvath’s decision to host former White House Chief Strategist Steve Bannon on Friday of 6th week has continued to cause fallout within the society and across the University.

Last week, The Oxford Student reported on the heated Emergency Meeting called by Union Secretary Nick Brown, in which the President narrowly avoided being directed to disinvite Bannon from speaking, with 6 votes in favour and 7 against.

This vote failed to lay the matter to rest, and during a meeting of the Union’s Standing Committee on Monday 7th week, the President sidestepped an attempted vote of condemnation by ruling that the agenda was invalid. Five members of Standing Committee tried to raise the vote, but as each spoke President Horvath and Treasurer James Lamming called objection, denying them this opportunity.

Horvath explained to The Oxford Student: “Following informal advice from the Returning Officer, the President ruled that no valid Agenda had been circulated to the Standing Committee by the Secretary. Rule 23 (h) states that an Agenda containing Unratified Draft Minutes of that Committee will be sent at least 48 hours before that meeting.

A member of Standing Committee, meanwhile, told The Oxford Student that “Last week, the President said he would resign if Bannon was not adequately questioned. When the event was held, the President only allowed ~150-200 members into the chamber, and the questions he asked himself were not particularly incisive.

“Several members of the Standing Committee believed that this was not adequate questioning, and that the President should therefore resign – the President repeatedly objected to us bringing up the Bannon event, because he wanted to avoid calls for him to resign.”

This meeting was cancelled by Horvath an hour before it was supposed to start on the grounds that Secretary Brown, who called the meeting, failed to circulate the requisition to all members of Standing Committee, leaving out ex-President Michael Li, rendering the meeting invalid.

A member of Standing Committee told The Oxford Student: “Last week, Stephen Horvath promised he would resign if Steve Bannon was not adequately questioned. Two days later, only 200 people were able to access the chamber, Bannon was allowed to speak for half an hour before a single question was asked, and was asked 3 awfully polite questions by the President.

“Stephen Horvath knows he has no case to make, and should resign. That is why on two separate occasions, both on Monday and Wednesday, he has run scared from questioning and used the Union’s dodgy procedures to stop members of committee from calling for his resignation.”

Outside of the Union, the student body was divided over the protests which blockaded the entrances to the Union. Over 100 Oxfesses were posted about the Bannon talk in just three days between the 16th and 19th November.  Many sharply rebuked the protestors for their behaviour, particularly the faction which broke away from the main protest to block the entrance to the Brasenose Frewin annexe, which backs onto the Union site.

One insisted that “Bannon is a disgusting man with disgusting views and should not have been invited to the union BUT I’m appalled and disappointed (like many many others) by the self-righteous few who decided to block the entrance to the Brasenose annexe and then proceeded to become aggressive with the students trying to enter their accommodation”.

However, another stated “As a Brasenose student who was inconvenienced by the Union protest, I’m ashamed to be a member of a college that will support Bannon or ‘free speech’ – a person whose talk at the Union they probably didn’t give a shit about until today (dare I say they may not even have known who he was) – just because their walk to Tesco was 2 minutes longer or they couldn’t go to the library”.