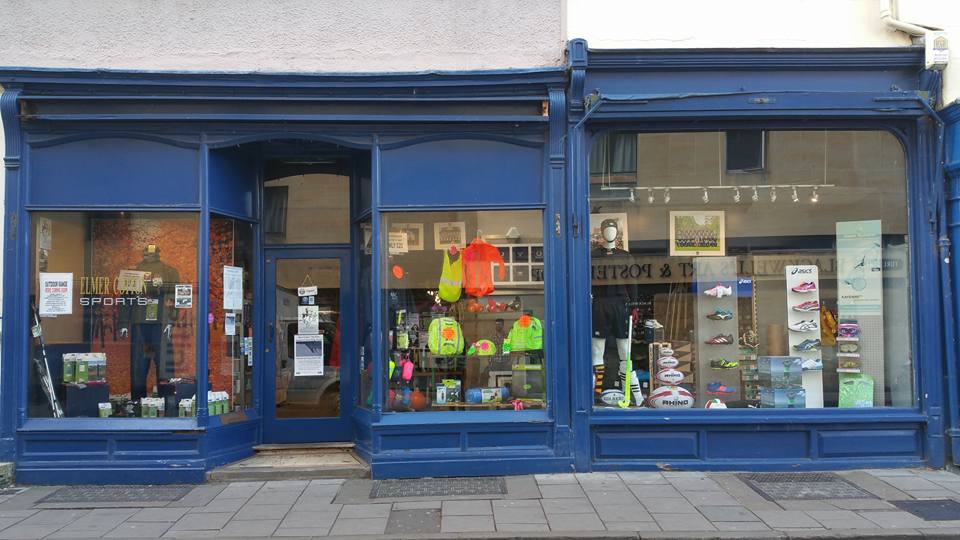 Oxford is losing a piece of its history. The story is being covered in local news, but our terms are so hectic that they rarely provide an opportunity for us to stop and look at the town that our university calls home.

Elmer Cotton Sports has been a mainstay in Oxford’s sporting landscape since it opened its doors in 1911. It is a family enterprise: Judith Barrows, the lovely woman that took ownership of the shop after the death of her husband, is a member of one of the two families that have passed Elmer Cotton down for well over a century.

Elmer Cotton’s landlords, Oxford City Council, have set their rent so high that they can no longer afford to operate on Turl Street, moving online instead as of Christmas Eve. This struck a chord with me when the shop’s staff explained it, because it is exactly the same way that my hometown of Watford had its high street gutted of its old, local shops to make way for a samey, hulking shopping centre. Rising rents and business rates soon reached a point where local shops had to move or close completely, and the kick in the teeth was that the new shops often made less than the old ones had in the first place. It is not difficult to see this process occurring in Oxford, but Elmer Cotton represents an instance of the upmost significance for our city and university.

Its haphazard layout and the easy-going nature of the staff might beguile a visitor into thinking Elmer Cotton is a normal sports shop, but its wooden frame and scratchy carpet have hosted Olympians. Here, the late Roger Bannister will have bought his gilded running shoes. Here, the legendary blues rugby sides of yesteryear, in some cases the greatest players of the generation, will have bought their boots, studs and laces.

The importance of Elmer Cotton is not simply in its history either. On Saturday mornings, a queue often forms outside the shop, with people buying mouth guards, shin pads, hockey sticks, footballs, and (when we get to Trinity) the various paraphernalia that cricket necessitates. All of this is in the pursuit of perhaps the last noble enterprise our university offers: college sport.

“It is exactly the same way that my hometown of Watford had its high street gutted of its old, local shops to make way for a samey, hulking shopping centre.”

College sport would struggle without Elmer Cotton. They provide all kinds of kit (both playing and training) for all kinds of clubs within the colleges and University, and they represent the first port of call for those in need of strapping tape and protective equipment for fixtures on the same day. The counter-argument, which tends to come from people that see the death of the high street as a good thing, is that the Internet can meet the needs that shops like Elmer Cotton provide. This is nonsense – the personal touch, the fact that the staff have an intimate knowledge of the logistics of supplying stash and the difficulties affecting the supply lines of manufacturers, as well as the effort they are willing to put into getting you the right gear, is something that Amazon will never be able to replicate.

Perhaps the best example of Elmer Cotton’s commitment to the university community as a whole comes when you walk through the door. One of the first things you see when you enter the shop is ‘Oxford University Chess Club’ emblazoned on the back of a jumper hung from the rafters: there are communities that some of us will never interact with who, nevertheless, rely on Elmer Cotton.

The university is the only body that has the power to act. Whether that is by exerting its (considerable) influence with politicians, both in the council and more widely; or by providing some kind of financial support to the shop; if they value the sporting lives of the students there is no option but for them to intervene. The alternative is people playing college hockey without mouth-guards (or not playing at all) because they were brought in at the last minute (as is always the way), or college football matches being cancelled because there was nowhere to buy a ball that morning.

That the impending loss of this shop is so low on the university’s list of priorities points to a wider issue about the things we value here: we are trained to associate the historic with the grandiose and the valuable with the spectacular. Think Tom Quad at Christ Church, or Hertford’s Bridge of Sighs – we don’t question the importance of such things, because they are grandly built and obviously expensive, and they enhance the prestige of those that walk in their shadow.

When it was suggested that Cecil Rhodes’ statue outside Oriel should fall, the response was deafening. What gives anyone the right, it was argued, to take away a piece of our history? Whichever side of the Rhodes debate you came down on, it isn’t difficult to see that the loss of Elmer Cotton lacks the same moral debate – here there are only negative motivations, and losing the shop will bring only negative results.