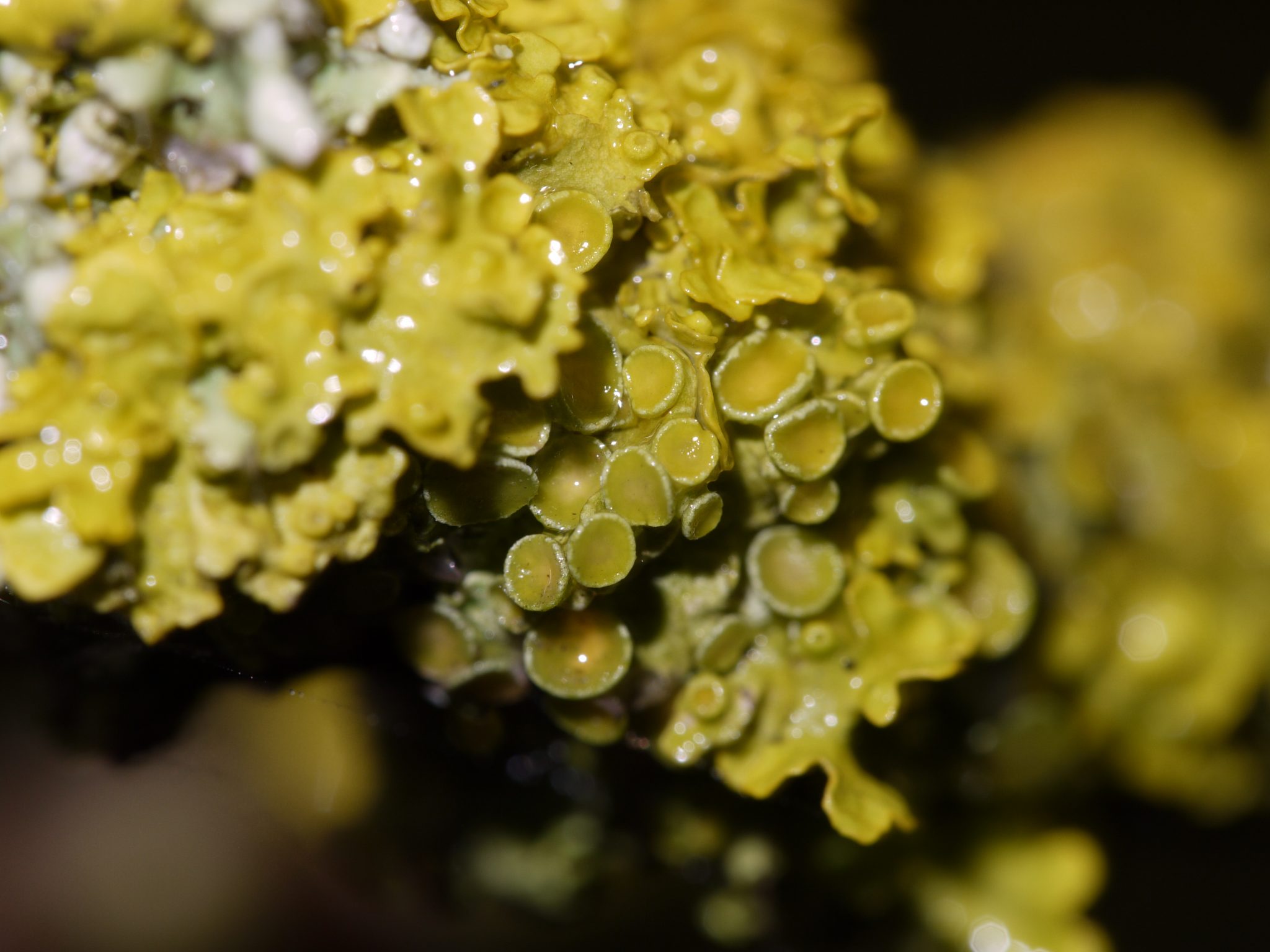 I don’t like mushrooms. They have no taste, a strange texture and an odd smell. However, that is not to say that I do not find fungi interesting. Fungi are a group of organisms that are more closely related to animals than plants, yet they’re often treated much the same. Unlike other clades, fungi often thrive in inhospitable environments, and have been at the forefront of evolutionary innovation on this planet for millennia. After reading this, I hope you’ll understand why fungi are a necessary evil.

I mentioned that fungi have been at the forefront of evolutionary innovation for millennia. And I mean millennia. Fungi were there back in the days of old, when life was somewhat more aquatic than we are currently accustomed to. While the colonisation of land by bacteria is estimated to have been around 3 billion years ago, multicellular organisms took their time, and estimates range from 1 billion to 400 million years ago for when they finally got their act together. Whenever land was colonised by eukaryotes, it seems probable that fungi were probably one of the first organisms to be there, probably in association with some of the prokaryotic colonists in the form of lichen (see picture). A poor fossil record means we cannot be sure exactly when lichens evolved, but a fossil has been recovered that is over 400 million years old. The exhabitant fungus provides a stable environment and allows water to condense on it, in return for the inhabitant (the prokaryote) providing sugars in the form of glucose (if the prokaryote is a cyanobacterium) or polyols (if green algae). Nitrogen fixation can also occur.

The reasons lichens are often early colonisers of habitats is due to their ability to anchor themselves to bare surfaces and break up rock, to form soil, and around 45% of soil is formed from inorganic material. Succession then allows larger and more complex organisms to grow as more soil is produced. They can do this through either physical or chemical means. Physical mechanisms include the growth of hyphae (part of the fungal body) into cracks in the rock, where it extends into voids and helps break up the rock. It may also use the expansion and contraction of the thallus, the vegetative body of the fungus, which swells and contracts to drive rock apart, much like the action of thawing ice. On the chemical side, they can produce carbonic acid by dissolving CO2 in water, which can dissolve alkaline rocks such as limestone. They can also produce oxalic acid, citric and gluconic acid, which allow a further range of rocks to be degraded.

Once fungi were on the land, it wasn’t long before the rest of life decided to follow, leading to a whole suite of new adaptations, including internal fertilisation and enhanced UV protection. While the plants and animals were getting on with the business of life, the fungi were still in the background, dealing with the messy business of death.

Saprophytic nutrition is the primary method of nutrition in fungi, and, with the exception of some soil bacteria, it is almost exclusive to them.  Enzymes, such as proteases (for protein) and lipases (for fats), are actively transported out of the hyphae and onto organic matter. Many fungi only deal with dead and decaying matter, making the organism a necrotroph, but some others take the opportunity to feed on living plants under attack from other parasites. One the enzymes have done their job, the products of digestion can be reabsorbed across the cell membrane by endocytosis, and the fungi can direct its growth in order to maximise uptake. An extreme example of directed growth for feeding is an Armillaria ostoyae covering roughly 2400 acres in Oregon, making it the largest organism on Earth. On multiple occasions, it has killed the forest living above it by starving it of nutrients and feeding off the dead trees. This deepens the soil, allowing the forest to be recolonised and so begin the cycle again.

However, even digesting wood isn’t easy, and it was a key development in ensuring the maintenance of the carbon cycle. When plants developed lignin, a carbohydrate, which allowed them to transfer water over greater distances and build structures larger than ever before, they began to get larger, taking in more carbon dioxide than ever before. However, no other organism could break down lignin, so the atmosphere changed dramatically as concentrations of carbon dioxide dropped, matched by rising oxygen from increasing levels of photosynthesis, leading to the fossilisation of much of the carbon we today find in fossil fuels. Once fungi developed this ability, the rest, as they say, is history. Fungi that digest wood are split into brown rot and white rot. Brown rot fungi cannot digest lignin, but white rot can. As such, white rot fungi are more numerous, and degrade lignin using a series of biochemical reactions and enzymes. They break open lignin’s strong phenol rings with laccase, and then introduce oxygen into its structure using hydrogen peroxide. Free radicals, incredibly reactive molecules with an unpaired electron, can then break down lignin to a more digestable form.

Despite this seemingly benign action, fungi have made the occasional dramatic intervention, with the rise of the mammals being one such incident. Casadevall suggested that after major extinction events, including the P-Tr (Permian-Triassic extinction event) and particularly the KT event, a large increase in decaying matter would led to a huge increase in fungal populations, as evidenced in large radiations of fungi in the fossil record in the strata of that time period. The increase in population would in turn lead to a large increase in spores and therefore fungal infections. This may have acted as a selection pressure favouring warm blooded animals like mammals and birds that are better able to deal with fungal infections, and dealt a killer blow to the giant reptiles whose cold bloodedness provides a better fungal habitat.

Another (potential) ability of fungi is being able to metabolise radiation. Fungi such as C.sphaerospermum have melanin for protection from harmful UV rays, but the prevalence of these fungi within the nuclear reactor at the former Chernobyl nuclear site in Ukraine was taken by Biello as a sign that it must also offer fungi some kind of advantage. Indeed, it has been shown that fungi grow towards radioactive particles, and even unmelaninated ones have a high enough tolerance to survive. Dadachova and colleagues suggested that melanin can be used to capture energy from radiation, and reduce it to a level at which it is useable. This is done by making use of the Compton effect, where the interaction of high energy electromagnetic waves with atoms causes them to be scattered, emerging with a longer wavelength and lower energy. The effect is larger for elements with lower atomic mass, like carbon and oxygen, which are key components of melanin. The energy is constantly transferred between different molecules until it has low enough energy for the photovoltaic effect to take place, where an atom emits an electron in response to light energy. These electrons were passed onto NADH, a key component of respiration, by the scientists, who found that the rate of electron transfer in fungi with melanin was higher than in fungi without. It may be possible for these electrons to be harnessed for metabolic purposes.

Another incredible feature of fungi are their reproductive mechanisms. Firstly, fungi can have multiple mating types, often 2, a and α, but occasionally more. For example, Schizophyllum commune is a fungus that has over 10,000 mating types, and these allow fungi of compatible types to mate, making them heterothallic, but some fungi, the homothallic ones, may also fuse their own nuclei. These fungi are able to do this because they can change mating types. In the typical fungus genome, there are 2 silent loci, one coding for each of a and α. Between them is the mating locus (MAT), which is one of the two. During reproduction, the HO gene is then activated, which makes an enzyme which damages the DNA with a double strand break, which is repaired using either the Hidden MAT Left gene (for a) or the Hidden MAT Right gene (for α). To ensure that a mating switch occurs, a specialised enhancer is used to ensure the opposite locus is always selected. This can happen regularly, once every division, if the HO gene is dominant, or once every 10,000 divisions if it is recessive. In S.cerevisiae, or yeast, this allows a mother and daughter cell to breed once the daughter cell is mature, as during budding, the daughter gets an original copy of the mother’s genome as well as an HO inhibitor, that keeps it in the same mating type as its mother was during production. The mother, meanwhile, can switch as the HO gene has already been activated during the cell cycle, allowing the cells to breed and increase the population.

So there you have it! Fungi may be awful to eat, but they have many tales to tell. From bumping off the dinosaurs to living off radiation, it’s a group of organisms who have the capability to do pretty much anything. 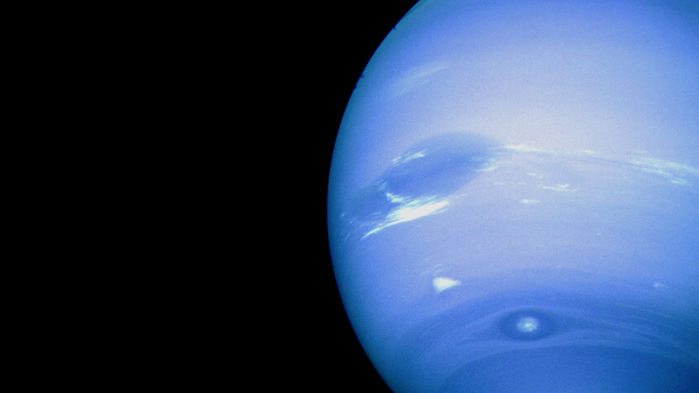 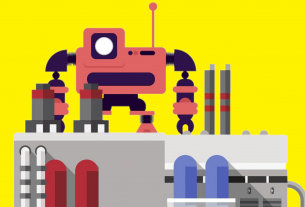 Automation: The Rise of Machines 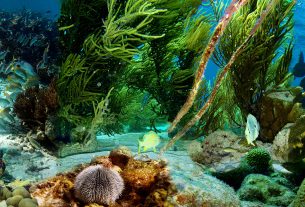 But I like it sparkling: why we don’t want acidic oceans