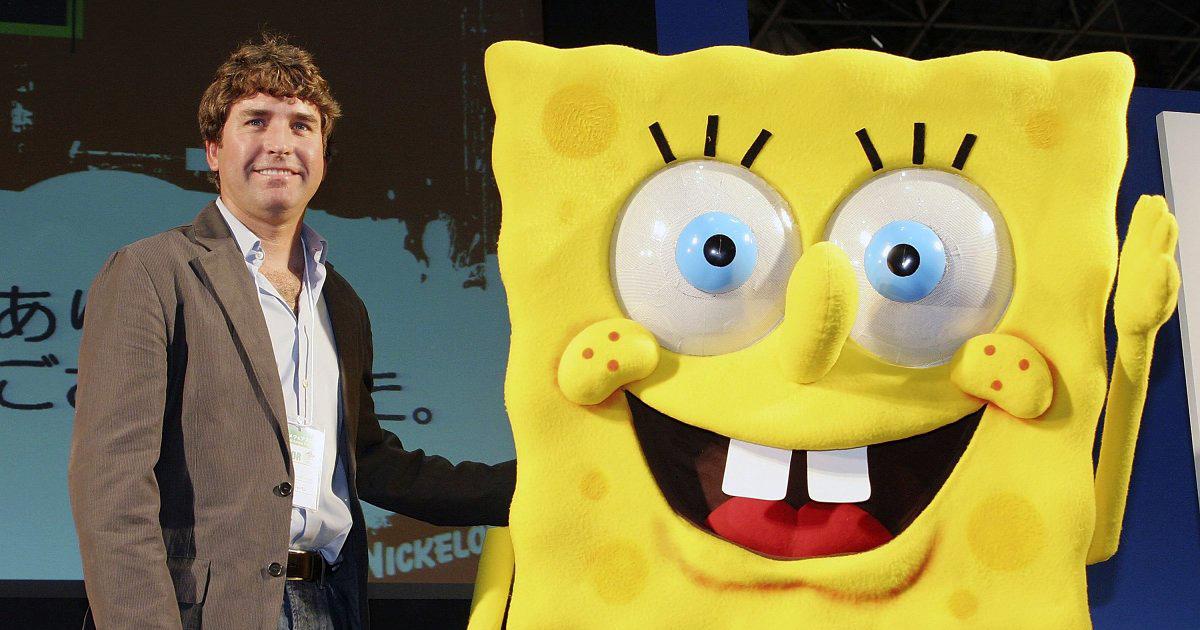 While teaching marine biology in the mid-1980s at California’s Orange County Marine Institute, a teacher created a manual, ‘The Intertidal Zone’, to help his students. Its titular narrator, ‘Bob the Sponge’, was destined to become the inspiration for one of the most successful animations of all time, which would go on to win two Emmys, spawn two hugely successful Hollywood films and be loved by millions of children around the world.

Stephen McDallen Hillenburg was born in 1961 to Nancy Dufour in Oklahoma, and moved with his parents to Orange County in California when he was aged one. His father Kelly N. Hillenburg Jr. left the military to start a career as a designer in the aerospace industry. Hillenburg recalled how his own love of art developed from a young age, describing that his first drawing had depicted an orange slice. His aquatic obsession grew from childhood exploration of local tide pools, as well as cinematic influences from figures such as the French oceanographer Jacques Cousteau.

Hillenburg’s creation, SpongeBob SquarePants, follows the oddball adventures of an anthropomorphic pineapple-dwelling sponge and his friends, Patrick Star (a starfish), Sandy Cheeks (a squirrel), Squidward (a squid) and the tight-fisted owner of the Krusty Krab, Mr Krabs. As well as winning two Emmy awards, SpongeBob SquarePants landed six Annie Awards and became a worldwide hit not just because of its inventive animation and stellar voice acting, but also due to the relentlessly upbeat approach of SpongeBob and the humour inherent in his submarine universe. After four seasons, the show’s viewership had reached over 61 million, 20 million of whom were aged 18 to 49.

I was obsessed with the show as a child because of its wonderful visual aesthetic, and the sheer weirdness of its humour. No other show was daring enough to create such a vibrant world of characters that were, uniquely, themselves. SpongeBob’s benevolent happiness, no matter how dangerous or bleak the situation, remains a joy to behold. Squidward’s permanent melancholy also provided a hilarious sarcastic counterpoint to proceedings. The script and animation style were arguably far more inventive than any other children’s television at the time, see for example the comparably banal Fairly OddParents or Kim Possible.

“No other show was daring enough to create such a vibrant world of characters that were, uniquely, themselves.”

The eccentric nature of Hillenburg’s comedy in SpongeBob took inspiration from Charlie Chaplin, Laurel and Hardy and Pee-wee Herman. When he pitched the show to Nickelodeon executives, Hillenburg arrived dressed in a Hawaiian shirt, playing Hawaiian music as he introduced his characters contained in an underwater terrarium. Frustrated with what he saw as the current, stale nature of animation, Hillenburg was determined to create something novel and bizarre. The idea of an innocent sea sponge as the main character appealed to Hillenburg. The premise behind the show, he said, “is that innocence prevails – which I don’t think it always does in daily life.”

Hillenburg required the positive outlook of his creation when SpongeBob was hit with a variety of lawsuits. These ranged from cartoonist Troy Walker’s charges of plagiarism to ‘Focus on the Family’ member James Dobson’s accusations about SpongeBob’s sexual orientation after the character appeared singing with other animated figures in a diversity and tolerance video. Despite these controversies, Hillenburg remained jovial and unperturbed.

After informing reporters in March 2017 that he had been diagnosed with amyotrophic lateral sclerosis (ALS), Hillenburg remained determined to continue contributing to the show’s development. His legacy continues even after his death, aged 57, from the disease on the 26th November, 2018. His devoted fans have launched a petition to have the song ‘Sweet Victory’ performed at the Super Bowl Halftime Show. Sweet Victory is a triumphant final song performed in one of the show’s most beloved episodes, ‘Band Geeks’, which takes place at the Super Bowl inspired ‘Bubble Bowl’ of the SpongeBob world.

With this petition now well past 750,000 signatures, despite Squidward’s insistence that “Mayonnaise is not an instrument”, all SpongeBob fans should nonetheless hold the condiment with as much respect as any mourning bugle to acknowledge the passing, and celebrate the work, of one of the most creative talents of the 21st century.