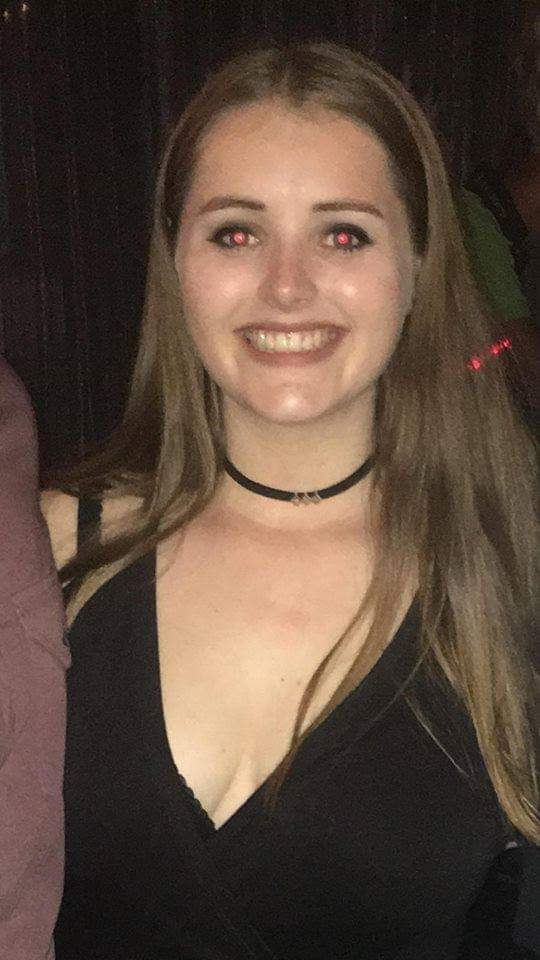 When I became Features Editor at the beginning of December, my first thought was ‘Great! I can write a travel piece on New Zealand’.

On the 2nd of December I set off from Newcastle for Auckland, a two day journey. When I left the UK, Grace had already been murdered; but most of the world, including me didn’t even know she was missing.

I had planned on visiting New Zealand for three weeks, leaving the Sunday after term ended and coming home on Christmas Eve. This is still my plan, but my mentality has changed considerably.

I chose to come to New Zealand because my best friend came here in September for the year on a working-holiday visa. I love seeing new places; and I saved up all summer working as a scout at college, so I could afford this trip of a lifetime.

In my mind, New Zealand was a safe place to travel. I knew some of my trip would be solo, as my friend has recently settled in Christchurch, and I wanted to make the most of the stunning scenery which dominates New Zealand.

I’ve never travelled by myself before. I’ve travelled to and from places, like Japan, alone; but I’ve never taken whole trips solo. I thought this would be one of the safest places to do so.

When I arrived on Tuesday 4th, news of Grace’s disappearance was just beginning to circulate. On Wednesday, a school friend messaged me asking if I could share her picture. She had gone to university with her and was one of her close friends.

My friend explained to me that Grace hadn’t contacted family, it was her birthday, and that it was unusual for her not to stay in touch. Immediately I shared the post, and asked my hostel receptionist to put up her missing poster.

At this point, the female receptionist spoke to some of the guys around, asking if they’d seen her anywhere. Almost universally, the men she spoke to just shrugged; fairly complacently. According to them she probably had just gone off with some guy for a few days. They said it wasn’t unusual. The woman at reception turned back to me, and told me she’d put up the poster.

I relate this story, because out of the many male travellers I’ve spoken to; only one or two seemed to think a girl disappearing on her birthday, without contacting family and leaving luggage behind at her hostel, was unusual. This honestly shocked me.

Every girl I spoke to thought it was concerning, the general consensus was that there was something worrying about her disappearance.

When I relate this, I’m not doing it with an agenda or to start ‘man-hating’. I’m saying it because when a girl went missing, the people most concerned seemed generally to be other girls; and yet, as is so often the case, when it broke that Grace was murdered, the person charged with her murder was a man.

Of course, since Grace died I’ve taken extra precautions. I message my parents every morning and evening, I go nowhere without the presence of several other people, or anywhere with any man whose by himself.

But the sad fact, is that I’m sure Grace took precautions too. She was travelling to see the world. Like me, she probably thought she would know how to avoid trouble. She trusted the man she was with enough to be alone with him.

Young women like me, like Grace, shouldn’t have to live in fear abroad or at home. We should be able to see the world alone, and not worry about lone men, or trusting strangers.

I can honestly say that I have met some of the nicest people in New Zealand, men and women who are kind, lovely and helpful.

But there is something tragic in the way Grace’s murder has been used to blame her or her family simply because she was a woman travelling by herself. To perpetuate the opinion that  women put themselves in danger by acting in the exact same way as men; that it isn’t the fault of the man who murdered her, it’s the fault of Grace for getting herself murdered. It’s a ludicrous view, that makes me sick to my stomach.

I refuse to stop travelling, to stop seeing New Zealand; but every part of me is devastated by what has happened.

I used to shy away from using the label ‘feminist’, but I won’t anymore. Men and women alike should be feminists and proud. Women should be able to experience the same freedom of travel that men do, and it shouldn’t be that we view Grace’s death as something which proves that women shouldn’t be ‘so stupid’ as to think they can travel solo safely.

Instead, we should start thinking about the men who commit crimes like this. Statistics from the New Zealand Police for a 12 month period up to September 2018 show that for serious assaults which resulted in injury, 65% of victims were female, whilst 87% of perpetrators were male.

We should all be thinking about that 87%. Every man and woman who respect others, should recognise the objective fact that most serious perpetrators of crimes against women are male. We should be doing more about the men who think they have the right to hurt and kill others; and less about policing the actions of women who already take every reasonable precaution to keep themselves safe.

So here is my plea to every Oxford student. Keep travelling and do your best to stay safe; but if you hear about a missing woman, don’t make presumptions about her or treat it complacently. We need to react to these things with the gravity they deserve.

Meanwhile, for the rest of my trip around New Zealand I will be thinking of Grace. Of every place I will visit that she will never get to see. Of her parents who will never see her come home. Of her friends who lost someone irreplaceable. Of other women like me, who just want to see new places and meet new people fear-free; and every women like Grace who loses her life at the hands of a man.

Tonight I will go to the Queenstown Vigil. And I will grieve for her and for all women like her. I may never have known you Grace, but I still miss you. Rest In Peace.