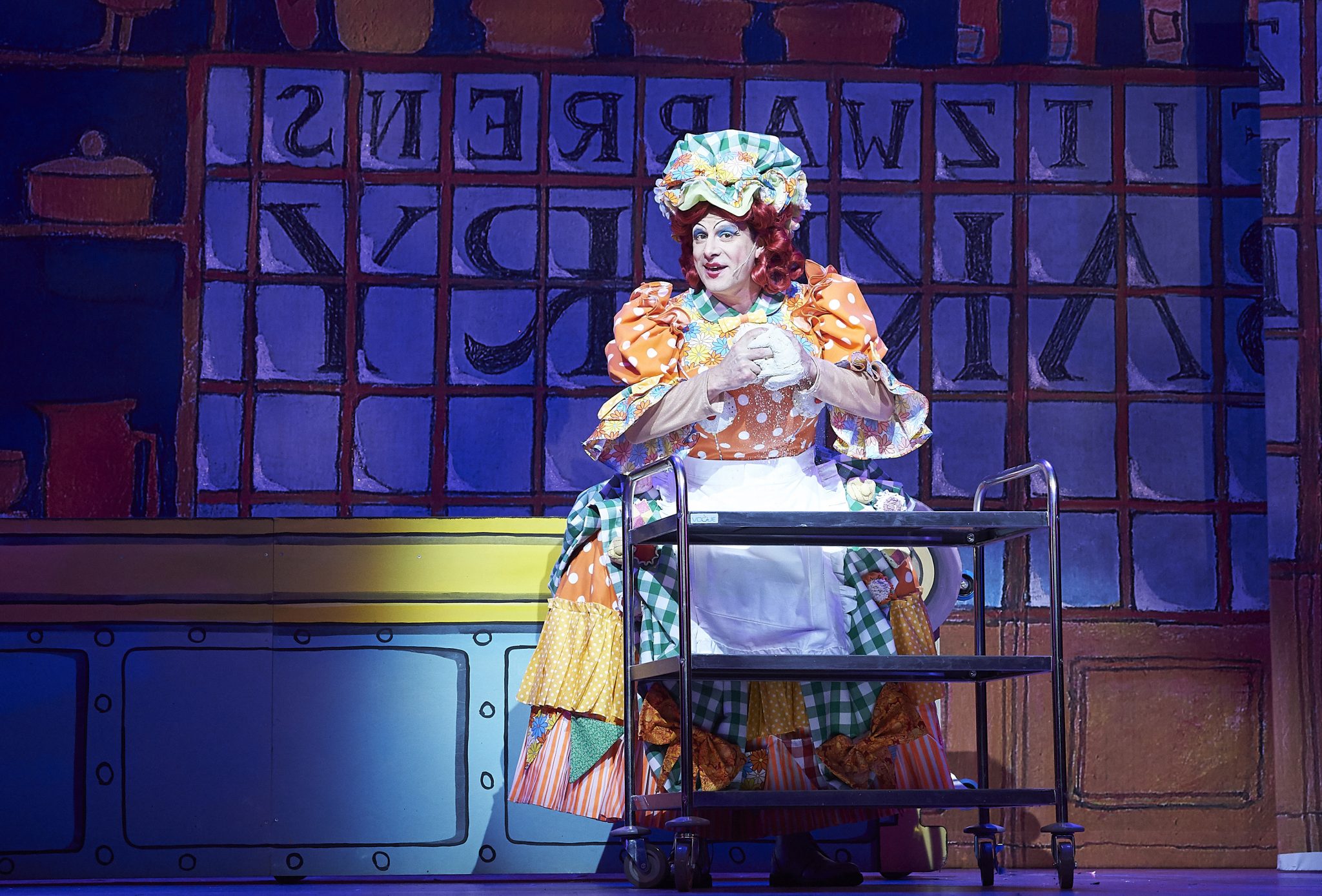 Acting, singing, dancing, and, perhaps most importantly, joking around; the Pantomime, a staple of the British festive theatre season, seemingly has it all. With that being said, I’ve always found myself wondering how the Pantomime got to become so popular, and why they appear in almost every theatre across the country each Christmas.

The Pantomime is, after all, not a universally accepted genre. It has recently undergone great re-evaluation from critics and the general public alike, with numerous productions suffering criticism for their use of outdated comedy, including racist stereotypes and misogynistic attitudes. The Pantomime can also seem plagued with annoying characters, criminally unfunny long running gags, and cringe inducing calls for audience participation. All these factors lead me to question why it still succeeds to pack in large audiences evening after evening.

The answer to the Pantomime’s current popularity lies with its target audience – young children. Whilst this doesn’t negate the right of the political criticisms directed at some productions, it should mean that any self-respecting theatre critic should put aside their worries about melodramatic acting or cheesy jokes. They’re all part of the genre, and to criticise them would be like questioning the logic behind people singing in an opera.

The Pantomime’s ridiculous nature is what makes it so enjoyable. The best ‘panto’ I saw as a child was memorable for how the cast abandoned any attempt to take their roles seriously, which frequently left them laughing with the audience at the events unfolding on stage. But how did the Pantomime become so silly? A little exploration into its history should provide the answers.

The name ‘Pantomime’ originates from the Latin term pantomimus, which was the title given to a performer of an often serious and not comic Roman theatrical act in which the actor portrayed numerous roles at the same time through the aide of masks. The British Pantomime as we know it originated in England during the 16th century, and was inspired by the commedia dell’arte tradition in Italy.

The comical characters of the harlequin and clown derived from this Italian model achieved great popularity over time, and so what had once been supporting roles had become main attractions by the early 1800s during a period known as the ‘harlequinade’. Although they’d faded in popularity by the 20th century, the comedy offered by the harlequin and clown lives on today in the comic acts often incorporated into Pantomimes.

Melodramatic acting and cheesy jokes are all part of the genre, and to criticise them would be like questioning the logic behind people singing in an opera.

Equally, the harlequinade led to the popularity of fairytale stories being used as a basis for the narratives of the performances. Although it isn’t known for certain, it is believed fairytales were used because the audience, especially children, were familiar enough with them to allow for the Pantomime to play around with the story, and add extra comedy without causing confusion.

The connection with Christmas is even less understood. After all, despite being an event of the festive period, Pantomimes rarely make much of Christmas in their shows. I feel the time of year is therefore likely a commercial choice, driven by the fact that Christmas is a good time to encourage families into the theatre for some cheery, if childish, fun. For this we should be thankful, as for many children, the Pantomime might be their first introduction to theatre.

Christmas, however, is not the only big season for the Pantomime business – the less festive month of April features a resurgence of interest as the annual ‘Great British Pantomime Awards’ are held. These include the expected categories of ‘Best Ensemble’ and ‘Best Lead’, but also, fittingly for the farcical genre, the more unique award categories of ‘Best Dame’ and ‘Best Ugly Sisters’.

However, although our modern Pantomimes are rewarded, some are also greatly criticised. This has led to numerous articles discussing how the modern Pantomime is expected to change to include fewer dames, and more politically sensitive material in the future. Some have felt this is yet another case which requires the cry of ‘political correctness gone mad’.

This opinion is unfair, argues actor and writer Daniel York Loh in his article on the need to remove culturally insensitive material from Pantomimes for good. He skillfully explains that because Pantomimes have always provided strong moral teachings for the children watching them, it’s hypocritical to suggest it would be too ‘preachy’ to remove the potentially offensive material which might have a negative influence on children from them altogether.

One only needs a brief summary of the history behind today’s Pantomimes to see that they have always been adapted to suit the desires of their times. Critics of recent changes and those worried for the future of the Pantomime should pay attention to its longstanding successful popularity within British theatre culture. In the end,  today’s modern audience of children and their families is still large enough to provide the Pantomime with enough support as it undergoes positive change and it seems likely to remain a popular staple of British theatre culture for many Christmases to come.