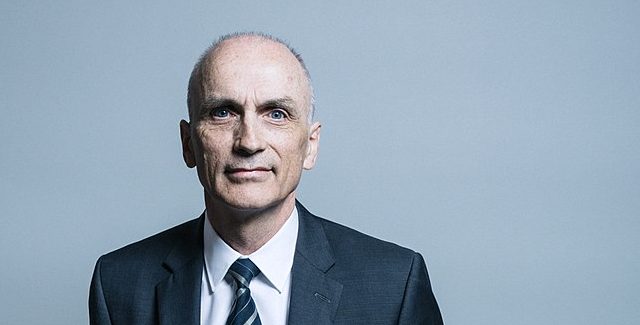 The letter reads: “Today Chris Williamson’s actions have again shown a complete lack of respect for the Jewish community. He repeatedly platforms and supports antisemites and takes no responsibility for his actions. We wholeheartedly condemn this.

“We stand in solidarity with the Jewish community, alongside groups such as the Jewish Labour Movement, who have repeatedly condemned Williamson’s antisemitic apologism. Our Labour values mean nothing if we don’t stand up against all forms of racism and make it clear that it has no place in our party.

It continues: “It’s disappointing that the Labour Party have not yet taken appropriate action. Whilst we welcome his apology, we still urge them to withdraw the whip from Chris Williamson until he listens to the concerns of the Jewish community and properly educates himself about antisemitism.”

Co-chair elect of OULC, Grace Davis told The Oxford Student: “I’m very happy to see Labour clubs uniting in solidarity against antisemitism. “The Labour Club will not tolerate any form of racism.”

Disabled Students Officer and the Social Secretary of OULC, Isabella Welch, said “Following the motion OULC passed condemning anti-Semitism within the Labour Party as a whole at our Trinity General Meeting, the Labour Club Executive Committee decided without objections that the logical extension of this motion was to sign the open letter condemning Chris Williamson, along with nearly thirty other university Labour Clubs across the country.

“An apology from Williamson is not enough, as he has consistently shown an inability to learn from past mistakes. Only a withdrawal of the whip from Williamson will allow the Labour Party to send an appropriate message to the many who have been offended and hurt by his actions.

“It is the ethos and a foundational value of the Labour Party to stand up against all forms of racism, and we as a university Labour Club are disappointed that the Party leadership has not yet taken suitable action against Williamson.”

Chris Williamson tweeted in response to these allegations: “Earlier today I tweeted a petition about an Islington Council ban against the Blockheads performing with their chosen line up. The council has blocked jazz musician Gilad Atzmon from playing with the group.

“Since then I’ve learned that Atzmon, a former Israeli soldier, is not confined to the jazz world. I am told that in various blogs and in speeches he has adopted antisemitic language. I wasn’t aware of this until after I tweeted the petition.

“As soon as I was informed, I deleted the tweet. I’ve always condemned all forms of racism, including antisemitism, and strongly disassociate myself from Atzmon’s antisemitic views. I therefore apologise for tweeting this petition and any distress or offence it may have caused.”

30 clubs in total have signed the letter.