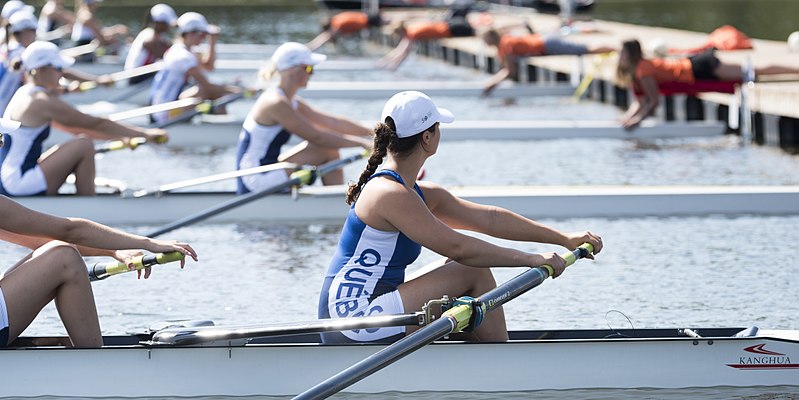 A look over the career of Katherine Copeland

Katherine Copeland has retired from rowing after an eleven year career that, although brief, is decorated with various medals and historical achievements.  She caught the media’s eye when she brought home the first Olympic gold for Great Britain’s women’s lightweight team in the summer of 2012 at the London Olympics.  Copeland and her partner Sophie Hosking finished with a substantial lead in the lightweight women’s double scull on Eton Dorney lake, without even realizing initially that they had won.

Copeland told the Telegraph after their victory: “I was just so focused that I didn’t really know what was going on until the last bit. . .”.

She was twenty two at the time of her victory and a member of the senior squad for barely a year. Their victory added to what became known as ‘Super Saturday’, a collection of the gold medals won by the GB team that year.

Copeland’s career continued to rise, taking home the bronze medal in the European Rowing Championships in 2014 and coming back stronger the following year by winning the European Championship and the World Silver medal with her partner Charlotte Taylor. However, Copeland did not find victory at the 2016 Rio Olympics and placed fourteenth overall.  She secured the bronze medal in the 2017 European Championships but did not compete again in any major tournament in 2018.

As a schoolgirl, she began rowing at the Yarm School Boat Club along the River Tees in the north east. Her talent was spotted by the age of seventeen and she was drafted into the GB rowing squad in 2007. After competing in various events, she found herself in the Olympics five years later.

Copeland decided to not attempt the Tokyo 2020 Olympic games and instead return to her education that she suspended when she took up rowing.  She plans to finish with a degree in English. BBC reports some last words Copeland had about her rowing career: “To wake up and train every day, travel abroad and race internationally has been a dream come true” “I honestly can’t thank everyone enough who has helped me on my journey, I couldn’t have achieved any of it on my own and I will be forever grateful.”