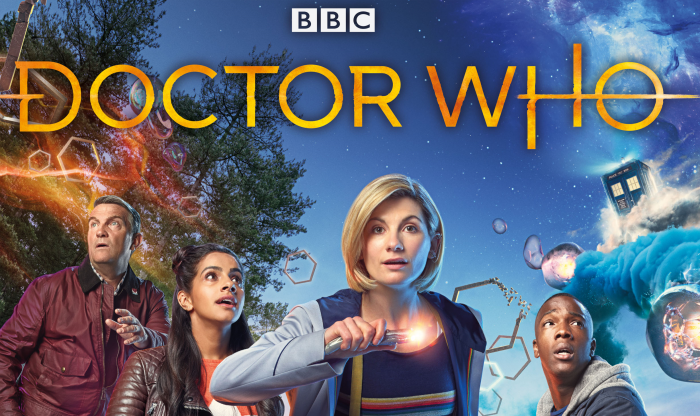 At its heart, Doctor Who is a serial, and the standalone episodes this season have been by far the highlight. ‘Rosa’, the first with the Doctor back at full strength, has much of the feel of a 50s period piece as well as a sci-fi, and isn’t afraid to tackle heavy issues of race, through the personal experiences of Yas and Ryan. ‘It Takes You Away’ is similarly unique, more like a dark, slow-paced, Scandinavian thriller than Who right up until the characters disappear into a mirror and sci-fi returns in style.

This is not to say that the series was without lows. ‘The Witchfinders’ suffers from its flamboyant, zany King James I and the accompanying comic soundtrack, which when coupled with the fairly generic villains, robs the episode of the serious tone it hopes to create. ‘The Tsuranga Conundrum’ suffers similarly from how incredibly unthreatening the Pting looks; no matter how dramatically the group recoils in fear at its hiss, it’s still ultimately a foot tall.

Despite Chris Chibnall’s insistence that the series wouldn’t have overarching plot lines, some themes are identifiable in the series with varying success. The big bad of the series (if it can be said to have one) is the Stenza. Appearing in the very first and last episodes, their representative Tzim-Sha (or, according to the Doctor, Tim Shaw) is a classic Who stock character: simple, scary, power-hungry and enough of a challenge for the 13th to cut her teeth on. With Tzim-Sha out of the way, however, we likely haven’t seen the last of them.

From a more prosaic angle, Ryan’s family problems feature heavily this series, especially his relationship with Graham.  Grace’s death in the first episode is the catalyst for the two’s reconciliation, and by New Year’s they’re close enough to rub it into Ryan’s absent father’s face, calling each other “Gramps” and “son”. I’d hope this storyline won’t lose steam in future, but it seems hard to avoid without introducing factors to complicate this happy ending.

Capping off the series is the New Year’s episode ‘Resolution’, with the Daleks making a righteous comeback. Although predictable, the classic enemy of the Doctor isn’t unwelcome here after a build-up to the epic fight with Tzim-Sha in the final episode of the series, especially after a series completely empty of pre-existing villains.

An archaeological dig is a novel beginning, and Charlotte Ritchie as Lin plays the two sides of emotionless robot and distraught victim impeccably. Topped off with a new Dalek casing and the introduction of ‘recon’ Daleks, this is a fresh take nobody expected and bodes well for the next series to come.