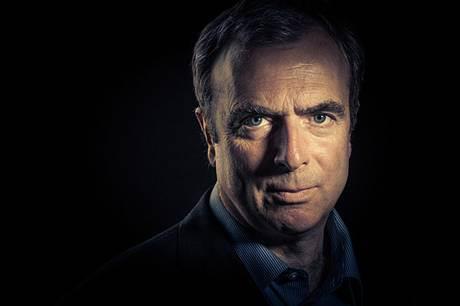 It is no exaggeration to say that Peter Hitchens has become one of the most prominent, and controversial, voices in British media. He began his journalistic career at The Daily Express in 1977. During the 1980s, he worked as a foreign correspondent, reporting particularly from the Eastern Bloc, as well from South Africa during the transition away from Apartheid, and Somalia during the UN intervention into the Somali Civil War. In 1990 he became The Daily Express’ resident reporter in Moscow. During his time there, Hitchens witnessed the total collapse of the USSR, which he described as an experience “both exhilarating and terrifying” which “changed my life”. A self-described pessimist, Hitchens’ political ideas are eclectic, proven by the failure to find any political home throughout his life. He can also be described as a provocateur, with a unique habit of challenging questions before they can be wholly stated. Hitchens has written for The Daily Express, The Mail on Sunday, The Guardian, The Spectator, and The New Statesman, among many other publications.

I began by asking Peter about his view of Labour leader Jeremy Corbyn and the present state of the Labour Party. He told me that while he does not “agree with much of what [Corbyn] thinks”, and is sceptical of Corbyn’s ability to serve as prime minister, describing his as neither “intellectually powerful or an instinctive politician”, he also believes that “a lot of people have been unwise or plain misguided in the approach they’ve made to him, as if he were an outrage that had to be prevented at all costs. It is in the nature of British politics that the parties can pick leaders of this kind”. Hitchens identifies such hysteria as part of the problem of recent political discourse. “His Blairite opponents in the Labour Party…have never treated him seriously, and his Conservative opponents who constantly say that we’ll all be like Venezuela, and that [Corbyn] is a mad Trotskyist revolutionary and can’t be taken seriously.” But whether you oppose him as a Labour member or as a Conservative, “it would be much better to treat him rationally and calmly, as a legitimate opponent, than to scream and shout as if he were some kind of plague that needs to be extirpated.”

However, Hitchens does not see much hope on the other side of politics either. If anything, his disdain for the Conservatives is much more potent, stating in his talk at The Queen’s College in Michaelmas 2018, hosted by the Oxford PPE Society, that “I’m against assisted suicide in all cases but one. The Conservatives can go to Switzerland tomorrow as far as I’m concerned.” Regarding who should take over from Theresa May as Tory leader, Hitchens said that he “couldn’t care less”. Rather, his “main wish for the Conservative Party is that it be stuffed headfirst down the nearest lavatory. And we could jump on its feet so it can be safely flushed away”. “I loathe the Tory Party,” he concluded, “so I couldn’t care less who its new leader is”.

Hitchens’ relationship to politics is complex to say the least. For those familiar with Hitchens’ more recent work, it may come as a surprise to discover that today’s Peter Hitchens was once a full-blown socialist, following his brother Christopher into the International Socialists party (the forerunners to the Socialist Workers’ Party) in 1968. He was a member for only seven years, however, before switching to the Labour Party in 1977, campaigning, albeit reluctantly, for Ken Livingston in 1979. Sometime later, in 1997, Hitchens joined the Conservative Party, and even challenged the Party’s nomination for the seat of Kensington and Chelsea in 1999, before leaving the Party in 2003. Upon questioning the dramatic shift to the right over his lifetime, Hitchens said that he does not find the transition at all odd: “Its normal. Everybody used to do it. In all of human history, men would be radical when they’re young and become conservative when they’re old. The interesting thing is not that I have done that cliché, that obvious, boring thing…What you need to ask is why so many people remain radical even into their later years.”

Moving inevitably on to discuss Brexit, I am interrupted upon introducing the ‘B’ word: “I refuse to use the word, I hate the word, it makes me think of an unpleasant laxative cereal, and I think it will almost certainly be a very considerable mess”. It is on this subject that Hitchens’ strong pessimism really comes through. “No, the government has not made a success of [Brexit],” he began, “because most of them don’t really want to do it, and they don’t really understand the issue and they never have.” He sees no refuge in Jeremy Corbyn or the Labour Party, however: “I think Jeremy Corbyn’s position on the European issue is actually a very paradoxical one. He is actually to the left of his [party’s] own left-wing because they think that it’s left-wing to be in favour of European Union membership, and they’re confused.” “Corbyn,” he continued, “comes from a much older [tradition], the Tony Benn tradition, which says, in my view quite rationally, that if you want to have a seriously left-wing government then you have to have sovereignty. If you don’t have full control of your own law-making then you can’t conceivably embark on the sort of programme that you want to do, and that’s a rational position which Benn took in 1975.” But “an awful lot of Jeremy Corbyn supporters have never really thought about this, and they’ve grown up in a world where it’s fashionable on the left to be in favour of the European Union and they don’t support him in [his opposition to EU membership]”. The Labour Party is thus like an “old married couple who disagree on something random and will just avoid being on the subject. And I don’t know how they’re going to resolve it. I expect that Jeremy Corbyn is hoping it will be resolved by somebody else.”

As for a way out, he told me that “[t]here is a possibility that enough people on both sides of the House of Commons and House of Lords will grasp that the Norway option is the sensible way out of this. It has been my preferred option for a very long time. But I see no sign of it yet.” He went on to caution against allowing a ‘No-Deal’ Brexit: “Things will simply cease to happen because there will no longer be any legal basis for it. If you look at the notice to shareholders that the European Union has put on its website explaining this, its quite striking just how [much will be affected]. So it could be very bad, and given by low opinion of the British political class, I’m quite prepared to believe that they will make it bad.”

Finally, I asked Peter for his views on trans identity. His views on trans people have been a source of intense controversy in recent years. In November 2017, for example, he wrote what turned out to be an incendiary article for The Daily Mail, titled “The transgender zealots are destroying truth itself”. Despite (or perhaps because of) this, Hitchens declined to comment further: “I have absolutely nothing to say about it. What’s in it for me; why would I get involved in any of this?” The problem as he sees it is that “there isn’t a debate, the only thing you can do…is withdraw and keep silent because you cannot conceivably say anything apart from ‘I agree with everything you say’ which will not be treated as some sort of outrage. And if you say it with the wrong tone of voice you’re probably wrong as well. So I just don’t take any part in it. It’s a waste of time for me I can’t be bothered with it.”