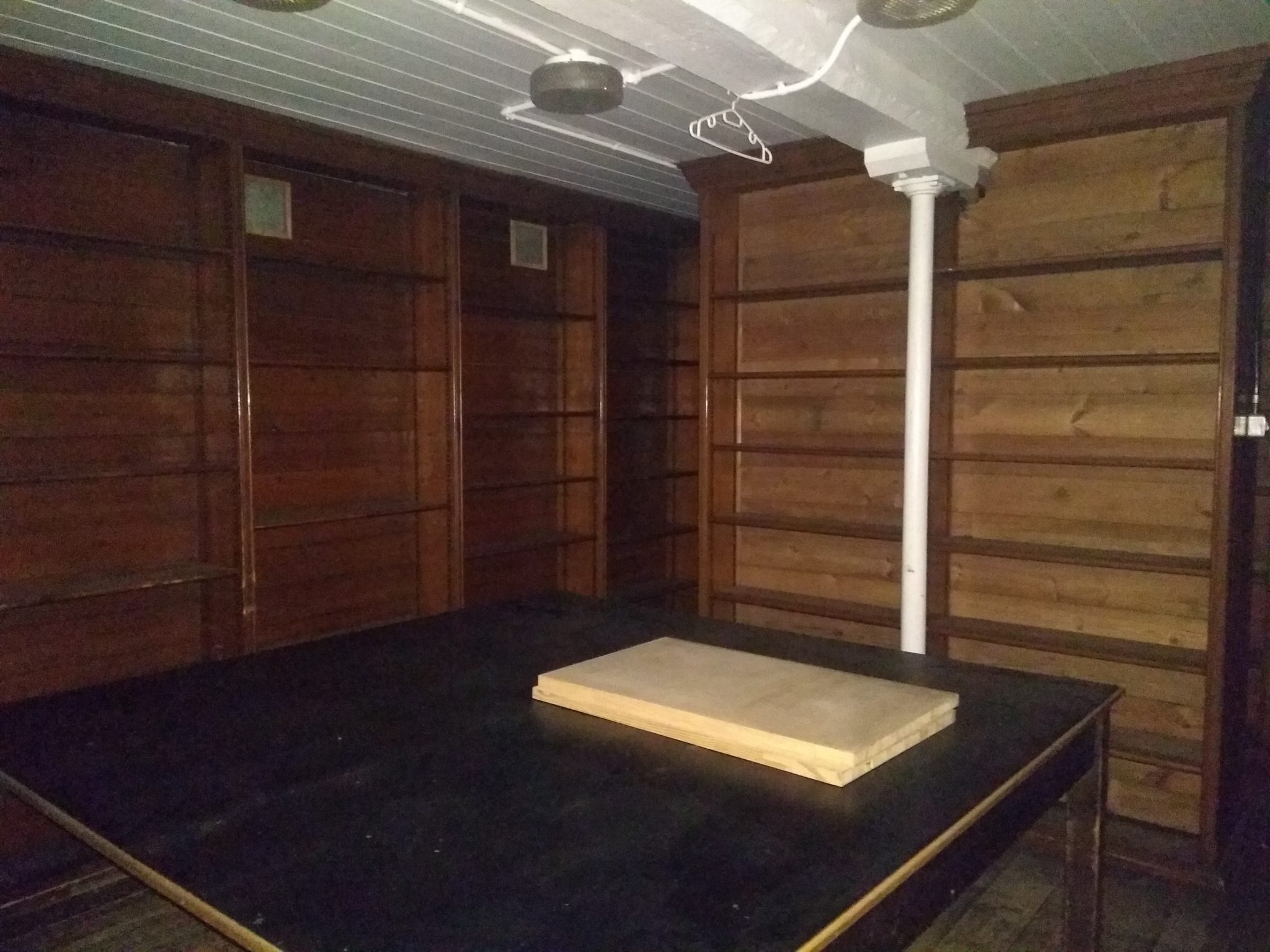 Queen’s probably wouldn’t be your first stop on a spooky ghost tour of Oxford. Its 18th century facade looks relatively baby-faced in contrast to the gothic walls which line the High Street. The exterior you see today, however, belies a rich medieval heritage which can still be explored beneath the surface. Drawn to one of these many pockets of history by a desire to commune with the ghosts of generations past, and to satisfy post-Spoons wanderlust, I set out with a party of hardy urban explorers to uncover Queen’s fabled, deserted underground library.

The floorplan of Queen’s represents a composite of historical periods. Though it was founded in the14th century under the patronage of Queen Philippa, wife of Edward III, much of the college was given a facelift in the 1700’s, but not before an unknown architect conceived the magnificent Upper Library in the 1690s which still dominates Back Quad. Less conspicuous are the network of tunnels which run underneath the college, part of which housed the law library until the arrival of the New Library in 2017.

The old law library has now been vacated, leaving behind an eerie husk of lightless corridors and empty bookshelves, ideal for a cheap paranormal investigation docuseries. Naturally, the description of this abandoned, underground, antique library caught our imagination as we sat in the gallery of the Four Candles, aching for adventure in the dull depths of winter. As we envisioned ourselves tiptoeing through haunted passageways, all it took was for one of us to ask “shall we actually do it?” before we were power walking down Cornmarket with an irrational excitement in our step.

We crept noiselessly through Queen’s library, not that there was anyone to disturb in the early hours after the end of term, and arrived at an unassuming staircase which led down into a haze of pitch black darkness. Cautiously, we began our descent into the underbelly of Queen’s, feeling our way downwards until we levelled out in a long, featureless corridor at the end of which stood a closed, wooden door. Guided by the harsh light of my phone’s in-built torch, we took our first tantalising steps into the carcass of the deceased library.

It looked more like a basement utility room than I expected. Far from the Lost Library of Alexandria, the stripped back decor and exposed piping made it feel more like a warehouse extension that had never been finished. A few paces in and the space began to feel distinctly unsettling. There’s something indescribably unnatural about the sight of rows upon rows of bookshelves lying empty and dormant, like an abandoned house that’s been left to rot in the woods.

Beyond the neglected bookshelves and study cubicles we found an open space with a large, lonely table sat in the middle. Rumour has it that tradition dictated all law finalists would set up camp in this area during the exam period and live in the library for days at a time, bringing down makeshift beds, duvets and surviving exclusively off take-away pizzas.

It seemed an unforgiving place for hysterical finalists. The sterile white walls, claustrophobic dimensions and lack of natural light could hardly have been conducive to calming the nerves before a decisive exam. We half expected that at any moment the ghost of a distressed undergraduate lawyer was going to launch out of the floorboards and shriek incoherently about the principles of financial regulation.

We emerged from the darkness of the law library into the well lit grandeur of the Lower Library with a quiet sense of satisfaction. For a short while we were able to indulge our fantasies of being pioneering archaeologists, imagining we were Howard Carter uncovering the tomb of Tutankhamun. We may not have made any groundbreaking historical discoveries, or succeeded in contacting the spiritual world but at the very least it was an amusing way to spend an evening after going to the pub.