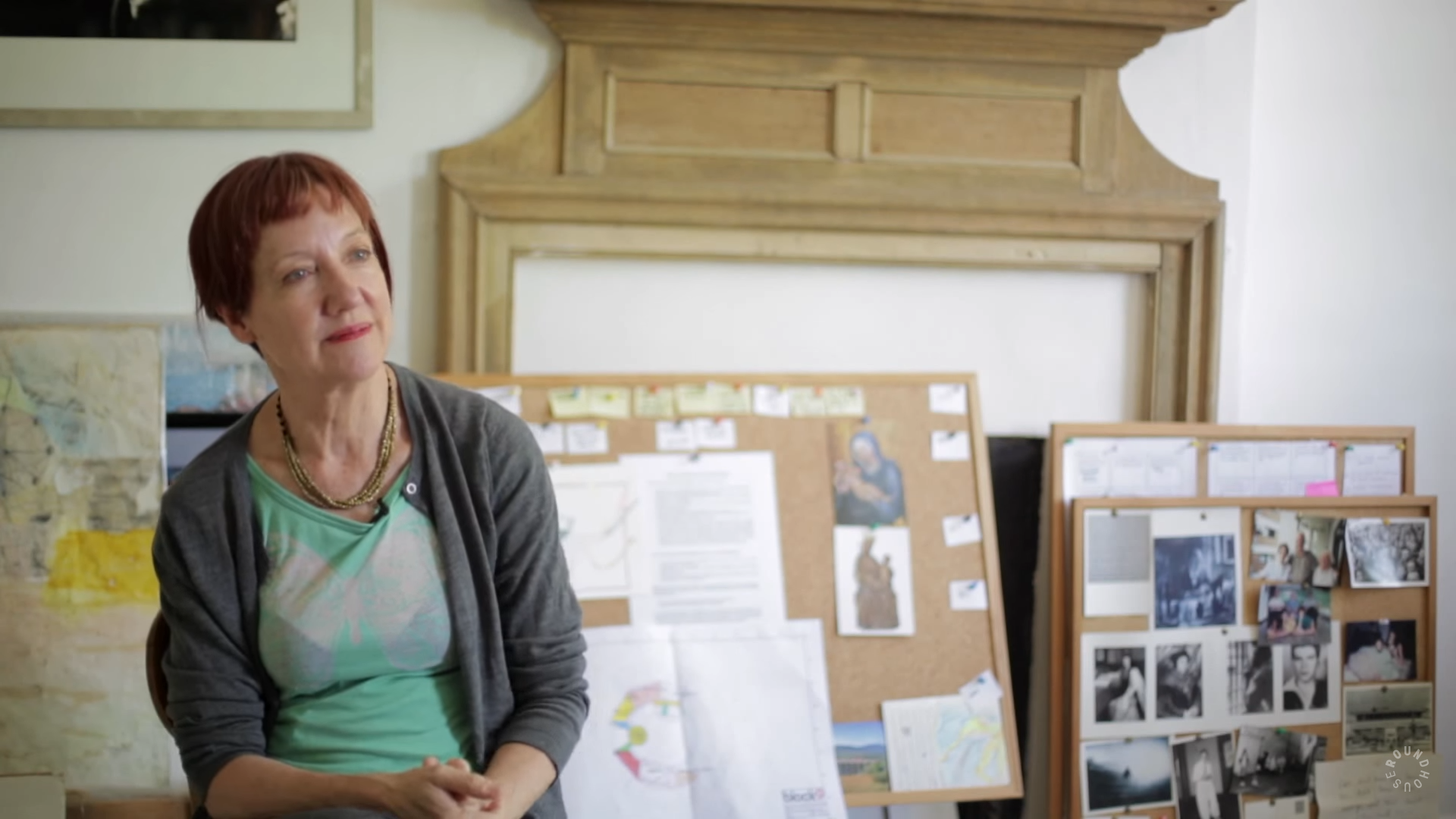 Fantastic Cities is the current exhibition at Modern Art Oxford, on until the 3rd of March. The exhibition is a glimpse into the work of artist and filmmaker Penny Woolcock. Through the mediums of film and abstract sculpture, her aim is to get us to empathise with the way different people experience different cities, including our very own, Oxford. The exhibition made a big impression on me and I was lucky enough to be able to ask Penny Woolcock a few questions of my own about the exhibition.

Why did you decide to call your exhibition ‘Fantastic Cities’, especially when the cities you filmed were often presented as anything but ‘fantastic’?

The word fantastic has two meanings, both of which apply to the three cities in the exhibition – London, Oxford and Los Angeles. They are all truly fantastic cities, huge and shimmering and truly diverse. They are also cities with mythological, fantastical overlays, heavily narrativised in fiction and films. If you Google the word ‘fantastic’ variations of these two meanings are in all dictionaries:

There are many different voices that speak to the viewer throughout the exhibition, was the idea of allowing people to speak for themselves important to you?

Yes, it always is. As Blackjack [a rapper that Woolcock worked with for the exhibition] says ‘the voice of the voiceless is yet to be discovered’.

As an Oxford student, the film that had most resonance for me was ‘Dreaming Spires I & II’ as it drew attention to the bubble that Oxford students tend to live in whilst immersed in university. How do you think we, as students, can counter the divide in the city that we live in?

There are two Dreaming Spires films. In one, three young students wearing subfusc walk through from the Radcliffe Camera to the Bodleian Library courtyard overlaid with readings from Alice in Wonderland, The Lion, the Witch, and the Wardrobe, Brideshead Revisited, Lord of the Rings and Northern Lights. I read most of these books as a child and then read them as bedtime stories to my son with great pleasure. The architecture is beautiful and the stories are wonderful flights of the imagination. This is the Oxford people think they know, the Oxford tourists see.

In the other, two young rappers take us on a tour of their very different perceptions of Oxford. Blackjack spits a story about being a clever little boy who wanted to be a medical scientist. His father left when he was tiny and was replaced by a stepfather who repeatedly informed him he was ‘scum’ and threw him out when he was fifteen. He was homeless and became a drug dealer. He is not a medical scientist.

Of course, students are not to blame for any of this but being aware of how people live in Blackbird Leys, Rose Hill, Barton and Preacher’s Lane is at least a start. It’s not a question of charity – your own lives will be immensely enriched by breaking out of the bubble. I began writing ideas about how you might do this and then deleted them. Just do it. It’s not easy which is why most people don’t bother. But do it because you have to, because a life surrounded by people exactly like you is diminished and impoverished. Start by asking yourselves: What do you have to offer and what do you want in return?

The exhibition also explored how you got your start in Oxford, so what would you say to the young artists currently studying and finding their artistic voice here?

Be brave. Take risks. Don’t give up.