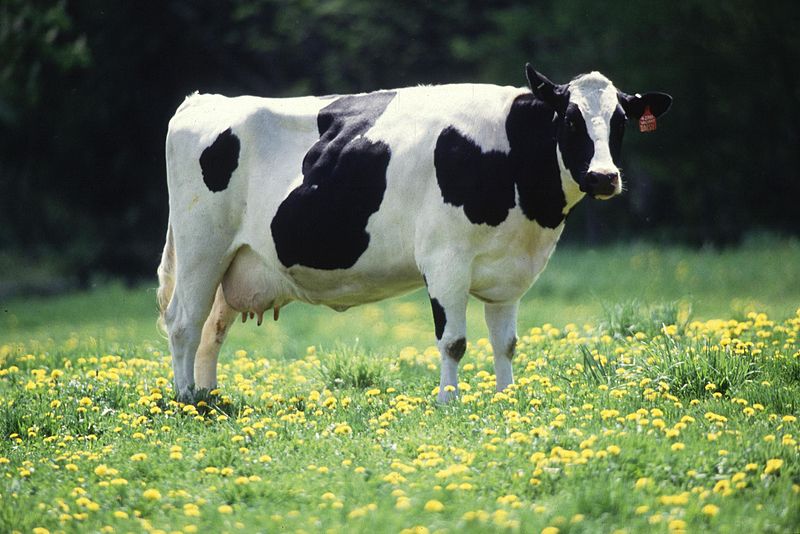 Coming from a French family, I was looked at in befuddlement when I announced my transition to vegetarianism two years ago. In a country where meat is the centre-piece of a meal, the question my grandparents asked me was ‘So what will you eat then?’ Yet within those two years, I have observed some – if minimal – change, as vegetarian and vegan lifestyles are slowly making their way into mainstream discourse. If this trend remains sluggish in a country priding itself for its fine cuisine with signature dishes such as coq-au-vinor duck à l’orange; change seems more visible on the other side of the Channel.

The latest addition to meat-free products stocking UK supermarket aisles, the ‘Beyond Burger’ produced by American vegan brand Beyond Meat, is said to “look, cook and taste like beef”, complete with blood-like beetroot juice oozing from the patty. From plant-based products such as tofu and bean patties, to micro-protein or wheat gluten ‘mock meats’; meat-free alternatives are making their way into Britons’ plates, a response to an increase in vegetarian, ‘flexitarian’, and vegan diets. Driving the latter, increasing numbers of teenagers have adopted this lifestyle, characterised by the renouncement of products obtained through animal exploitation. The decade preceding 2016 alone has seen a 350% increase in veganism, a dramatic trend marshalled to a large extent by the younger generation.

Against the argument that humans naturally evolved in a way fitting an omnivore diet, one could raise Hume’s  ‘is/ought’ problem: the fact that meat has for centuries formed part of the typical human diet does not automatically lead to the normative conclusion that it ought to form part of the typical human diet. Moreover, with an increasing wealth of findings pointing to the value of plant-based nutrients and protein and the non-negligible costs of rearing cattle for human consumption, evidence points to the conclusion that humans do not need animal products for their survival, and could therefore omit those from their diets. The remaining prevalence of meat in global consumption however, shows that a large-scale change is likely to be tedious to achieve.

If developed countries are increasingly pushing for the introduction of plant-based alternatives catering to different tastes and trends, demand for their meat-based counterparts has slowed but not declined, and developing countries have seen an ongoing rise in meat consumption as income levels have gone up. Aside from cultural traditions around the world celebrating cuisines rich in meat and dairy, at the heart of this stagnation lies the basic reality that most people like the taste of these foods they have grown accustomed to eating, and renouncing them seems for many like a hard sacrifice to make.

“If the Western world expresses outrage at the slaughter and consumption of dogs in certain Asian countries, it remains unclear why the practice is considered acceptable when dogs are replaced by cows…”

This non-negligible aspect has been picked up by a number of ‘fake meat’ companies, whose products mimic the ‘real thing’ so that meat-lovers may alter their diets without ‘missing out’ on a familiar taste. Beyond Meat, for instance, explicitly outlines the rationale behind its plant-based burger, explaining that “the best way to get people to eat less meat is by giving them what they love–in this case, a juicy delicious burger – without so many of the health, sustainability, and animal welfare downside of a traditional animal-based burger”.

The increasingly vocal push to transition to a vegan lifestyle is indeed motivated by three main factors: animal welfare, health concerns, and environmental protection. From a moral standpoint, it seems that eating cows, chickens, or pork rather than cats and dogs is an arbitrary convention, based on an unfounded hierarchy between animals as ‘food’ or ‘pets’. If the Western world expresses outrage at the slaughter and consumption of dogs in certain Asian countries, it remains unclear why the practice is considered acceptable when dogs are replaced by cows. These dogs, we are told, are caged and killed in inhumane conditions akin to torture. Vegan activists would retort that footage has shown that conditions of agricultural cattle and poultry are no better. A number of documentaries have been made denouncing these conditions (such as Cowspiracy or Earthlings), showing the reality of mass animal slaughter for human consumption, calling for introspection and a revision of our moral ethics and principles.

With global warming at the forefront of the global discussion, a surge in research laying out information on the motors of environmental damage and ways to curb it has emerged. While the burning of fossil fuels has for some time been pointed to as the main culprit for global warming, research has in fact revealed that agriculture for food production is among the biggest contributors to pollution. Indeed, The FAO has measured that up to two-thirds of greenhouse gases emitted by livestock come from cattle, making it “the world’s fifth largest source of methane”.

Following the 2016 Paris Agreement which set the scene for international cooperation to limit the temperature rise to 2°C, scientists have increasingly pointed to the urgency of taking action. Among the recommended changes, reducing global consumption of animal products is a priority in impact and feasibility. In addition to the outcome of reducing one’s environmental footprint, we may expect others to follow the same logic, thus resulting in the greater effect of the sum of individual effects. In this sense, altering our consumption habits may seem a small price to pay in order to have an impact on the greater outcome of reducing global warming.

Beyond environmental concerns, a wealth of research exists exploring the effects of carnivorous versus vegetarian and vegan diets. Meat, in particular red meat, has been associated with a number of negative health outcomes, including increased risk of cholesterol, cardiovascular diseases, and cancer. While animal products themselves are not particularly dangerous to one’s health in reasonable amounts, especially of the fish and poultry variety; the processed nature in which it is often consumed in ready-made meals, junk-food and the like are in large part to be blamed for these ills.

“From its ‘hippy’ connotations, the vegan movement thus successfully altered its image, perceived by many teens as trendy, and increasingly normalised.”

Dairy products too, however, have been increasingly regarded with suspicion, as lactose intolerance, and more commonly, sensitivity, affect 65% of the global population, which has trouble digesting the lactase enzyme found in dairy products. The health argument for veganism must however be taken with a pinch of salt: any diet low in fruits and vegetables and high in processed foods is unhealthy, whether vegan or carnivorous. If meat is often associated with its processed form, meat-free alternatives may be subjected to a similar process, and vegan ‘fake meats’ may not always be healthier than their meat-based counterparts.

If personal health benefits may motivate one’s transition to veganism, ‘healthism’ becomes a sort of ideology, a widespread imperative and yearning for fitness. For those leaning into this health trend, veganism may appear as the latest craze, the rising popularity of this lifestyle leading to a sort of branding effect. Of course, veganism is not limited to the ‘healthy’ aura it first had, as the movement has attempted to extend its reach by catering to junk-food lovers, introducing ‘ethical’ hamburgers, ice-cream or cake.

But this goes to show the influence of the vegan movement, with its attempts to cater to a wider variety of profiles – from those seeking ‘clean’, unprocessed meals, to those yearning comfort food without its animal component. From its ‘hippy’ connotations, the vegan movement thus successfully altered its image, perceived by many teens as trendy, and increasingly normalised. The diffusion of the vegan lifestyle then, through a process of rebranding and adaptation to different demands, has resulted in the adoption of this lifestyle by an increasing number of young people in the UK. From London’s Vegan Nights, complete with DJ sets and party ambiance, to Instagram vegan ‘foodporn’; veganism is no longer looked down on as a weird diet consisting in the consumption of raw vegetable sticks.

As platform and tool of diffusion, social media has played a key role in driving the vegan trend.If research has shown that individuals tend to present an idealised version of themselves online, this is also true for the promotion of vegan lifestyles, portrayed as ‘healthy and happy’. A number of celebrities have indeed publicised their veganism (including recent announcements by Beyonce and Jay-Z), and profiles dedicated to posting about this abound on Instagram. While the increase of veganism-related content in Facebook feeds can be seen as an encouraging sign of awareness and normalisation, this has also resulted in a backlash against activist-type posts whose undermining of meat consumption and moralistic ‘holier-than-thou’ undertones may be perceived as a personal attack against those not following their lead.

It may be worth keeping in mind that while vegan advocates’ passion is understandable, no one likes to be told how wrong they are, and attacking meat-eaters is likely to reinforce their negative perceptions of the movement and remove any potential curiosity they might have had for this lifestyle. For instance, trends such as Veganuary have been received with mixed responses, as the vegan movement and its promoters have been accused of preaching ‘vegangalism’ in the hope of ‘converting’ people (see the recent outrage against veganism bus ads).

In a less rational vein, some of this backlash has come from the idea that eating animal products is the only ‘right’ way to eat, and introducing vegan alternatives in popular outlets is ‘the end of civilisation’. The long-anticipated release of a vegan sausage roll at British bakery-chain Greggs for instance, has been met with a surprising slur of hateful responses, such as Piers Morgan’s tweet that “No one was waiting for a vegan bloody sausage, you PC-ravaged clowns”.

“The long-anticipated release of a vegan sausage roll at British bakery-chain Greggs for instance, has been met with a surprising slur of hateful responses.”

While the vegan movement may look to some like an irritating symptom of the ‘snowflake generation’s’ push for leftist ideals, the fact remains that this trend is gaining ground. Whether or not veganism is a fad destined to subside remains to be seen, but a larger shift seems to be taking place towards a reduction in meat consumption, as awareness is settling in that the current status quo is not sustainable. The direction global warming is going, with urgency at a critical level, it certainly doesn’t matter to me what one’s personal motivations are for eating less animal products, so long as the results are there. Veganism isn’t an easy lifestyle change to make from one day to the next, but as awareness is spreading, flexitarian and low-meat diets are increasingly seen as viable routes to take.In a country like the UK where the vegan movement is prominent, veganism is no longer the difficult and solitary culinary experience it once was. With meat-free alternatives diversifying at increasing speed, plant-based options are accessible and actually appetising. So why not be curious and try that vegan sausage roll next time you stop by Gregg’s?