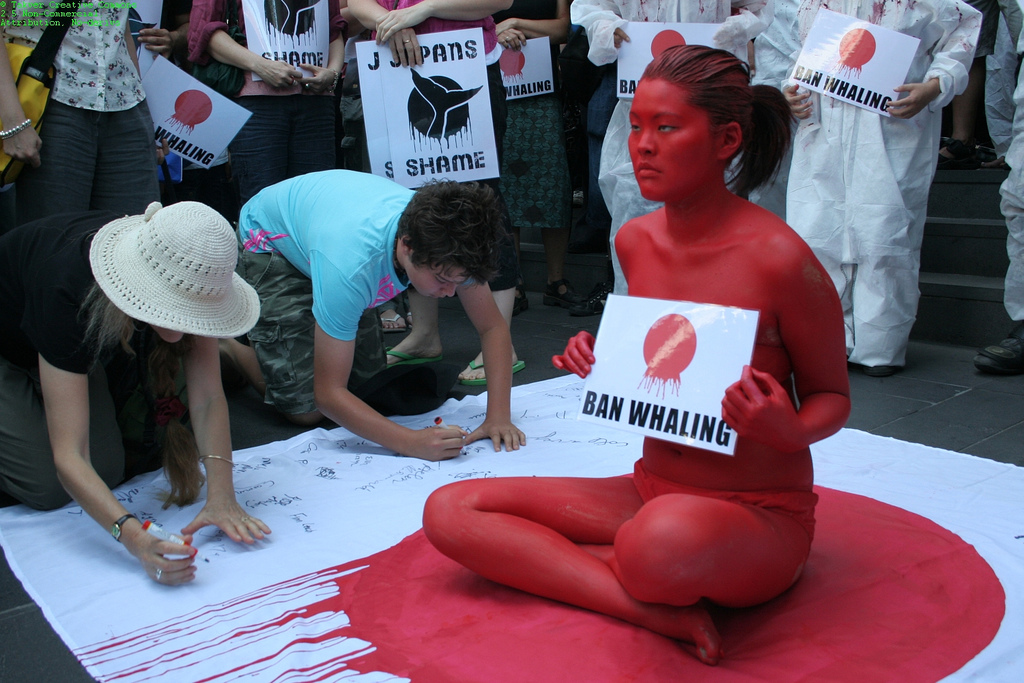 Late last year, the Japanese government’s chief spokesperson announced that the country will restart its commercial whaling program in July 2019, putting it at odds with a global moratorium on the practice. The news was met with widespread condemnation, and rightly so, but in a way, I support this announcement.

To understand my position, we have to go back to the history of whaling itself. It first became big business in the 17th and 18th centuries, as developments in technology enabled the capture of small whales by ships. It wasn’t until the development of the explosive harpoon, in 1870, that the largest whales could be caught. It only snowballed from there, with factory ships enabling whales to be processed at sea while mechanisation allowed larger catches to be made than ever before. Whale stocks dropped precipitously, and the International Whaling Commission eventually suspended commercial whaling indefinitely from 1986. However, exemptions were allowed for scientific studies, which the Japanese government has been using for the time since.

So why do I, as someone who has adored whales for as long as I remember, who gave a speech against whaling as part of my GCSEs, and who has even written about them for this paper, support this move? Quite simply, it exposes these activities for what they have always been, a pretence. While this has been pretty obvious since the International Court of Justice ruled, in 2014, that their programme was not “for purposes of scientific research”, it is to be welcomed that they have finally admitted it for themselves. In a time when we are told to doubt the experts we rely on, I am glad that another piece of misinformation is gone for good.

“In a time when we are told to doubt the experts we rely on, I am glad that another piece of misinformation is gone for good.”

Now that the cat is out of the bag, I hope Japan’s government will come to realise that the practice of whaling is a mistake. It is now a commercial concern, and though it has depended on subsidies for some time, I hope the next generation of politicians will see fit to remove these when in office. The reason? Simply, the Japanese public do not support whaling. In 2000, an Ipsos Mori poll found that 55% of 1,185 adults had no opinions on whaling, while those that did support it (11%) were a smaller proportion of the population than those who were set against it (14%).

One major factor in this is Japan’s historical relationship with the whale. Whaling has been a part of their culture for many years, and I have no problem with it, or Japan, as a whole. Indeed, I am a keen consumer of their culture, and finally visited last summer. But local whaling is not the issue. Commercial whaling is, and as well as being a relatively new innovation, it’s a Western import. It began during the tough years after WW2, and meant that until the mid 60’s, whale was the most readily available meat in the country. It is no surprise, then, to find that the cabinet ministers most associated with whaling were born and raised in this period. The fisheries minister, Takamori Yoshikawa, was born in 1950, while the Minister for the Environment is even older, being born in 1944. Shinzō Abe, the Prime Minister, was born in 1954. For them, whale meat would have been a part of their childhood, and presumably something they remember fondly. When the politicians who have not known whale meat come to power, and with the ever-present pressure of balancing the books, it seems likely that a subsidy for an obsolete industry will be amongst the first wave of cuts.

In all, this announcement reflects the last hurrah of whaling; a throwback to a time that no longer exists. While some whale populations seem to be recovering, with species like the Bowhead increasing from 10,500 in 2001 to 17,000 in 2011, there is still a long way until they are fully recovered. For the Bowhead, we’ll need over 63,000 individuals to replenish stocks to their historic values. Given time, and international pressure, I am certain that commercial whaling will soon be gone, and that whales will be something to marvel at, rather than consume.