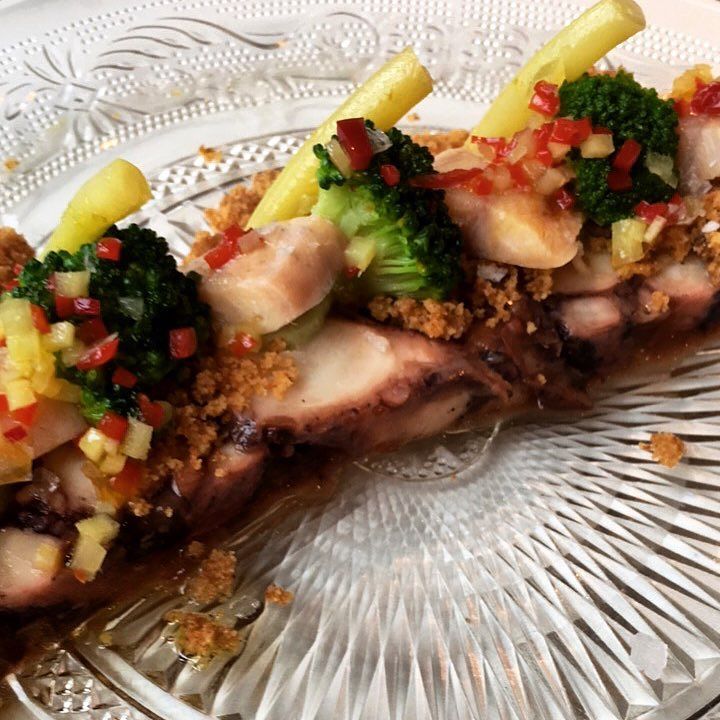 Somerville College’s Principal, Baroness Janet Royall, has asked catering staff to stop serving octopus at formal dinners in response to a complaint from an undergraduate.

A first-year undergraduate voiced their discomfort at being served an octopus terrine for the fresher’s formal dinner to members of the JCR committee as well as the principal.  In response, Baroness Royall decreed that octopus will no longer be served at college events, stating:

“I am determined to move fast on widening access to Somerville.”

This is part of a wider move by the college concerned with increasing university access to those from underprivileged backgrounds. The college has recently offered 72.6% of their undergraduate places for UK applicants to state school pupils, compared to 61.5% in 2018; a move praised by Ms Royall.

Somerville’s student body had mixed reactions to this news.

One student told The Oxford Student: “Oxford students don’t want to be surrounded in bubble-wrap. University is a place where one’s horizons should be broadened. This move proves to reflect a wider trend amongst UK universities; a regression into infantilism.”

Another stated that colleges: “should provide disadvantaged students with foods that they may not have tried before.”

A third undergraduate thought: “If college really wanted to foster inclusion amongst the student body, they should focus on providing food for those of us with special dietary requirements.”

However, some have heralded this as a win, with Joe Inwood, president of Oxford University’s student union, praising the decision: “It is great to see colleges listen to feedback.”

Undeterred by some negative comments, the college has since doubled down on their decision, posting on their Facebook page:

“The point of education is to widen horizons, including introducing students to new tastes. But we want to make sure that, at the Freshers’ Dinner at least, food is served that everyone is likely to be comfortable with.”