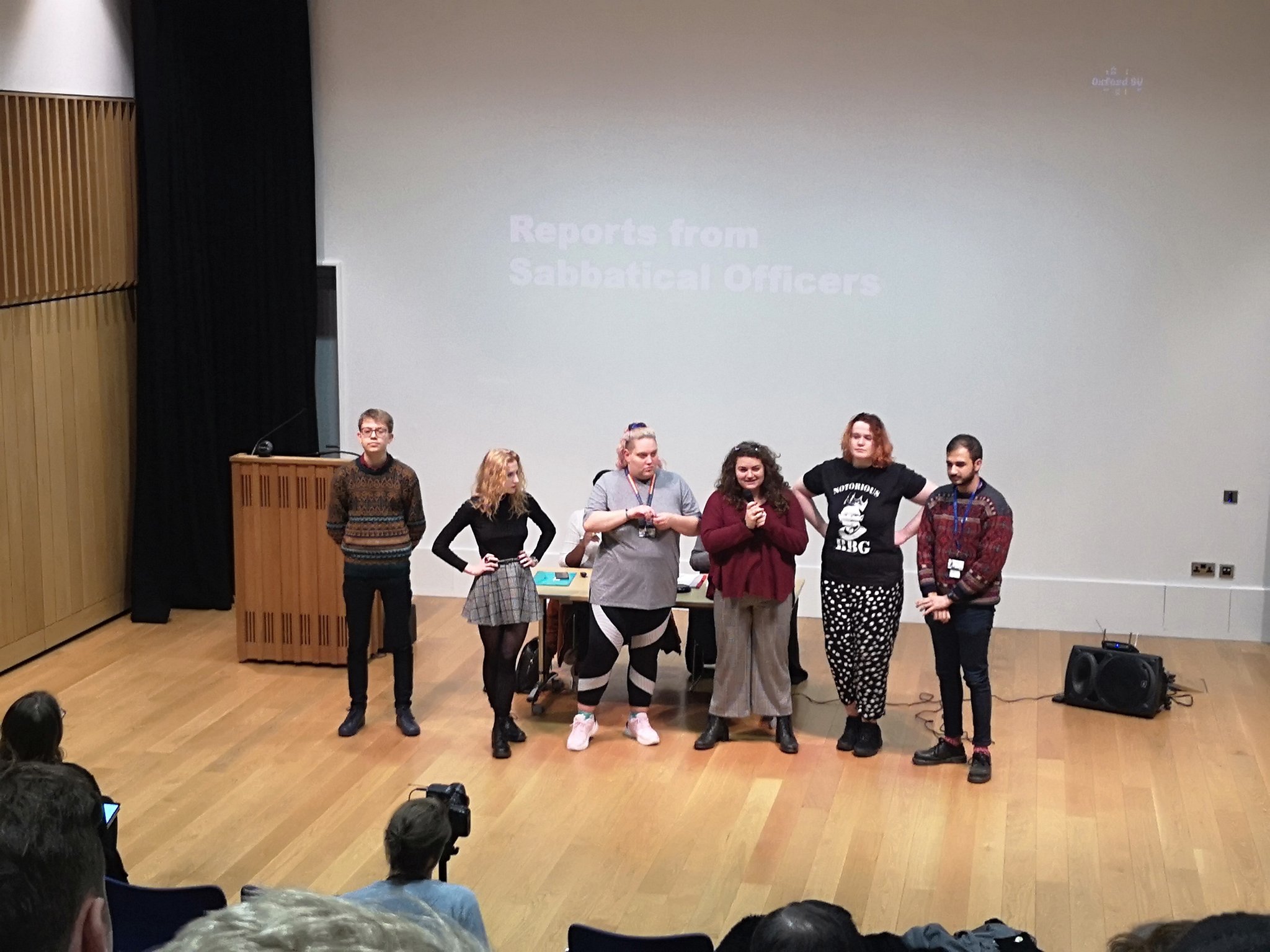 On Wednesday the 16th of January the Oxford Student Council had its first meeting of Hilary term.

In it the Student Council voted to renew its recommendation to boycott the National Student Survey (NSS). Making his case for the boycott the proposer of the motion, Alex Kumar, warns that this seemingly innocuous survey is intended to pave the way for raises in tuition fees at higher scoring universities. He argued that the feedback on teaching quality would be used as a pretence to implement a new scheme to calculate tuition fees that would result in higher fees for Oxford students, undoing longstanding efforts to make Oxford more accessible.

In the debate it was brought up that high ranking universities were previously embarrassed by bad feedback in the NSS. The question was raised whether the NSS might not force universities to listen to its students – a task at which they have not excelled in the past. Defenders of the motion pointed out that there are other instruments available to collect student feedback and ascertain teaching quality. Support was for example voiced for the Student Barometer.

With a technical amendment to drop a mandate for an automatic renewal in 2020 the motion was accepted by 95% with 3 votes against it. Thus the Student Council is set to renew its efforts from last year, where the NSS was successfully boycotted by keeping the respond rate below the 50% needed for publication.

Also accepted without opposition was a motion to establish a Graduate Access Survey Project. While some progress has been made in regards to accessibility for Undergraduates, graduate access has received little attention with comparatively little data being available about the graduate student body. The survey project seeks to develop a representative model at a small number of Oxford institutions in order to then lobby the university for more systematic inquiries aiming to increase the presence of underrepresented groups also at the graduate level.

Further accepted were a motion to provide funding for a diversity and equality conference at Mansfield College later this year and a motion to establish an Oxford SU Disabilities Campaign.

The meeting ended with a discussion of mental health provisions at the University of Oxford, where a number of concerns were raised by students. Among them were the lack of long term counselling and accessibility of the Counselling services, disproportionate stress on peer support systems, neglecting the need for professional counselling and the lack of support for students with low and medium mental health concerns below the level of a crisis.

The meeting also saw the election of Syed S. H. Rizvi to the SU Scrutiny Committee and nominations for the Oxford SU annual election 2019 are now open.