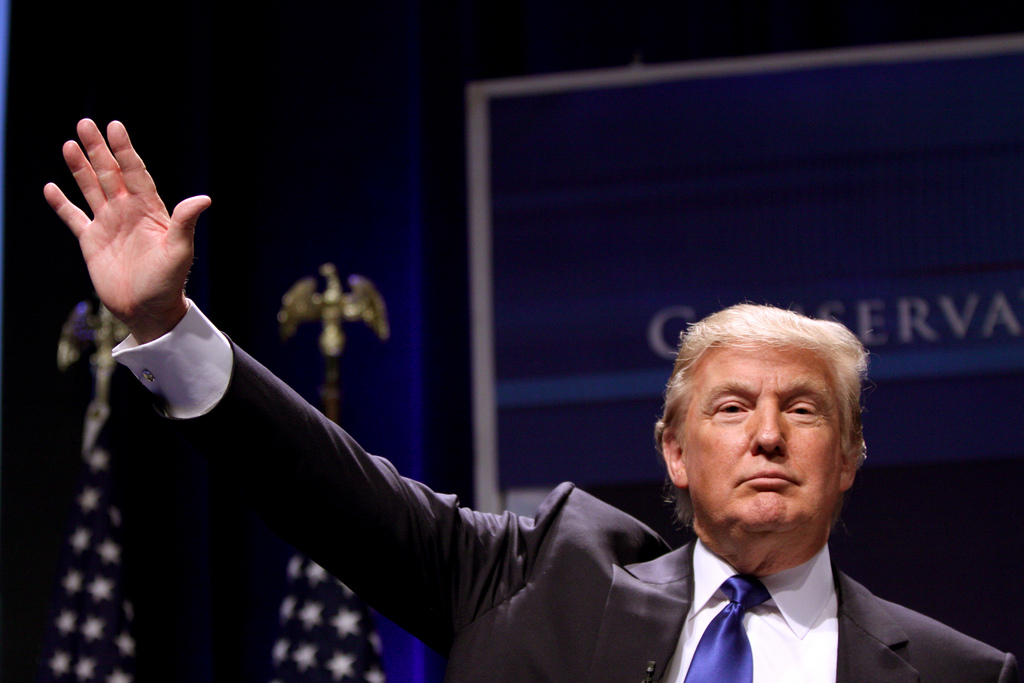 Trump will be re-elected if Democrats play his game

The Democrats are in urgent need of a reality check. They did fairly well in last November’s mid-terms, but this guarantees nothing. With a crowded field of candidates seeking to receive the Democratic nomination for the presidency, the party must unify around a strong candidate. However, if they are not careful they could easily facilitate another term for Trump.

Much like the Conservative Party in the UK, the Democrats are in the midst of an identity crisis. Besides being against Trump, they do not seem to know what they are for. If they wish to reclaim the presidency, they need to decide their policy platform.

There is the “democratic socialist” agenda pushed by Bernie Sanders and backed by many of the fresh young faces recently elected in the midterm elections. Elizabeth Warren also champions a more populist brand of politics, railing against banks and big money. Joe Biden represents the experienced centrist old guard of the Obama era; and other figures like Kamala Harris, Cory Booker and Beto O’Rourke no doubt fancy their chances.

They need to convince America that they, not Trump, have the right remedies for the country’s socio-economic ills.

No one brand of politics guarantees victory against Trump. Candidates in the primaries will no doubt compete to show themselves as the true ‘Anti-Trump’. This would be a grave tactical error, and play into Trump’s, albeit small, hands.

The more the party gets sucked into name-calling, virtue-signalling and Trump-bashing, the more they will turn off the wider population. The Democratic candidate will not win because they are good at insulting the president, nor because of their gender or race, nor because they present themselves as the opposite to Trump. The candidate needs to convince America that he or she, not Trump, has the right remedies for the country’s socio-economic ills. The Democrats rightly critique Trump for failing to act like an adult; they must ensure they do not fall short of this standard either.

When Elizabeth Warren took a DNA test to prove her Native American ancestry, she committed the cardinal sin of playing along with Trump’s game. The reason she took the test was to refute Trump’s mocking jibe. He mockingly calls her “Pocahontas”. This may be an important part of her family history; few consider it relevant to her candidacy.

Harnessing disdain for Trump is workable only if voters also broadly understand what the Democrats stand for.

Warren’s willingness to get bogged down in Trump’s name-calling was indicative of the sort of behaviour candidates should avoid. By responding to every bit of idiocy expounded by the president, a candidate distracts from their opportunity to sell their vision to the American people. This makes it all the more important for the Democratic nominee to show themselves to be better and different to Trump for all the right reasons. Harnessing disdain for Trump is workable only if voters also broadly understand what the Democrats stand for.

The many millions of Americans who voted for Trump – not because they are racist or misogynist, but because of the vision he sold them – will need to be persuaded to change their vote. They cannot be ignored out of disgust at the fact they endorsed a sexist who likes to express imbecilic utterances via Twitter. They are real people with genuine concerns. There are undoubtedly “deplorables” who support Trump, but they are a tiny but very vocal minority; the majority are not, and without them the Democrats cannot hope to win.

The president is gradually building what he considers to be an impressive portfolio of policy achievements, such as his many trade wars, tax cuts, pulling out of the Paris Climate Agreement and the Iranian nuclear deal and brinkmanship with North Korea to name but a few. Whether you agree with them or not, Trump will seek to tweet about them from the rooftops. The Democrats cannot simply be against these policies; they must be for something.