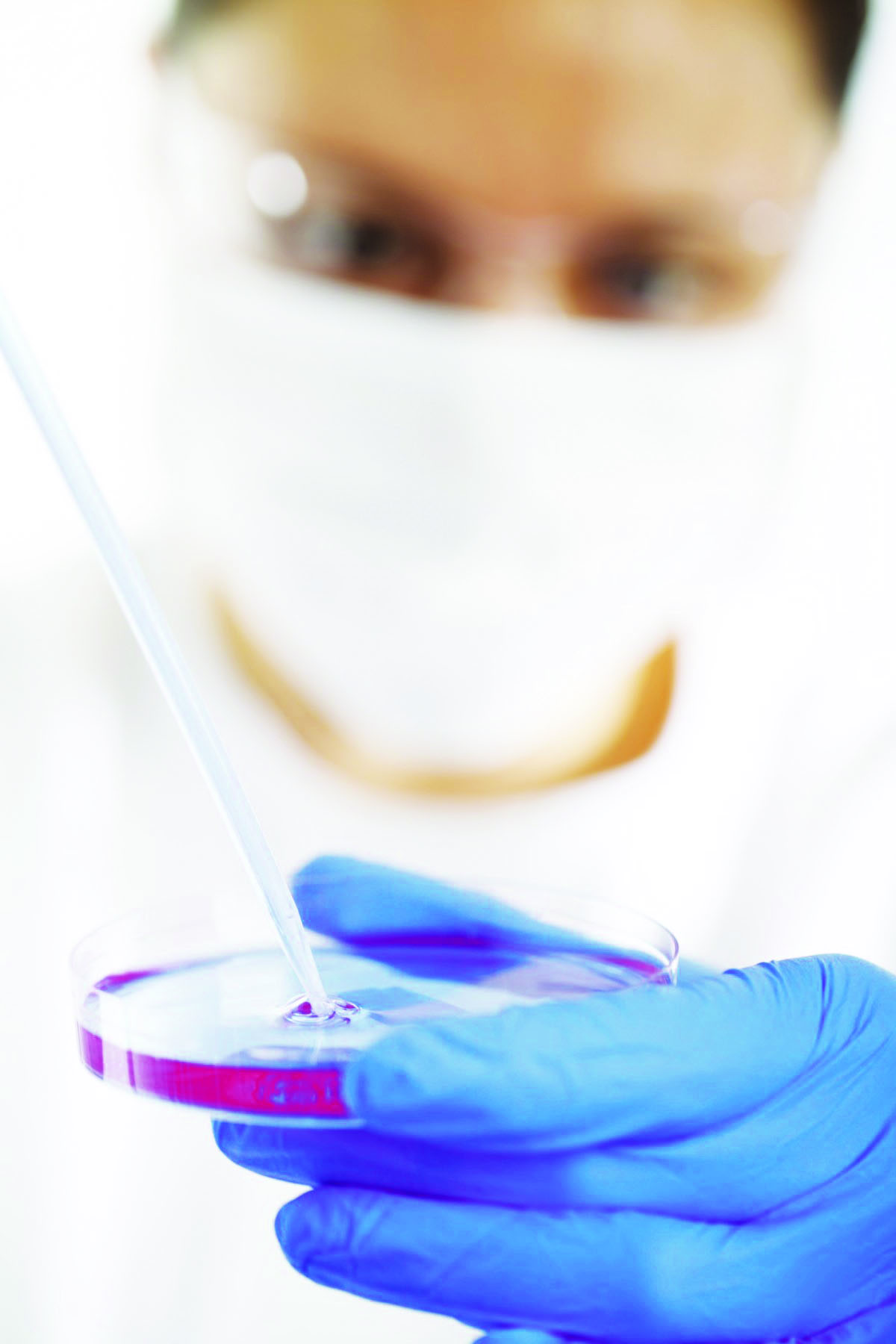 Lab-grown meat: a future of food without slaughter

Globally we kill 74 billion animals a year. 80% of farmland on Earth is used for livestock, where the process efficiency of fodder crop nutrients ending up in the meat we eat is horrifically low. The production of one kilogram of steak requires 15,000 litres of water and 15% of all our greenhouse gas emissions are created by the meat industry. In addition to this environmental impact, our population is growing and growing and so is our demand for meat; it’s estimated that by 2050 it will be 70% higher than it is now. We can’t keep up, we simply must reduce our meat intake. Or do we? Lab-grown, or ‘clean’ meat, may be a potential solution.

In 2013, the world’s first lab-grown burger was cooked. The reception from those that tried it was mixed and when asked how long it would take for it to reach the market, Dutch Professor Mark Post at Maastricht University, the scientist who created it, said “I think it will take a while. This is just to show we can do it.”

Since 2013, the number of labs and start-ups that have begun tackling this challenge has greatly increased, including Memphis Meats, Meatable and Mosa Meats, a spin-off company from Professor Post. Finless Foods are targeting mercury-free Bluefin tuna and Shojinmeat, started by Oxford University DPhil graduate Yuki Hanyu, aim to connect homegrown experiments across Japan.

In California, JUST, a start-up with a history of producing vegan-alternatives to popular animal products, have now begun exploring lab-grown chicken nuggets and foie gras. An employee said “it was an out-of-body experience to sit there and eat a chicken but have the chicken you’re eating running around in front of you”. They had aimed to see their product put in restaurants by the end of 2018, but there isn’t any evidence that this has come into fruition. Regulatory issues, especially in the US, have proved to be a big stumbling block for the company.

In Israel, Aleph Farms have created the first lab-grown steak, after growing cow cells for about a month; each cut costs $50. They say “the taste and flavour are […] 60-70% on the way toward our goal” and predict it’ll be at least two years before it’s commercially available.

15% of all our greenhouse gas emissions are created by the meat industry.

So what exactly is lab-grown meat? This is not recreating the experience of eating meat using non-meat alternatives; years of work has gone into developing the best environment for growth of real animal cells. Beginning with a small group of stem cells from a tissue sample extracted from a living animal (JUST took a feather from a chicken), nutrients are provided which allows them to multiply quickly and into high densities, before addition of proteins encourages formation and separation of muscle and fat cells in bioreactors. Just days later, a product resembling ‘real’ meat can be prepared by mixing the fat and muscle in the right proportions.

A study at Oxford University has estimated that cultured meat could be produced with up to a 96% reduction in both greenhouse gas emissions and water consumption, compared with conventional meat.

As well as significantly reduced production time and environmental impact compared with traditional meat, it is healthier too. The advantage of having such control in the production of the meat means the composition, including fat percentage, can be finely tuned. In addition it is not genetically-modified and gone is the issue of food-borne illnesses usually associated with meat. The lack of antibiotics, widely used in animals, means safer consumption with less risk of development of antibiotics resistance in humans.

So as we near the end of the decade, we seem to be all set. A solution with less waste and fewer emissions. A solution which is more ethical and more sustainable. Now all we need to do is scale-up; move from clean white laboratories to large manufacturing plants.

But it’s not that simple. For starters, consider the current costs. That first burger in 2013? It cost £215,000 to produce. Of course since then advancement of technology has allowed us to produce this meat cheaper; Aleph Farms’ steak costs $50 a slice. But this slice is just five millimetres thick and the size of a business card. Fetal bovine serum, the serum most often used to culture the meat, is incredibly expensive and the argument can be made that, despite being a huge improvement on killing animals, extracting it isn’t the most humane process. Focusing on alternatives to this animal-based serum, Shojinmeat uses yeast extract and JUST aim to use cheaper, plant-based solutions. Robotics and AI work through large databases of potential ingredients to identify suitable nutrients.

“It was an out-of-body experience to […] eat a chicken but have the chicken you’re eating running around in front of you” – JUST employee.

One of the biggest stumbling blocks is replicating the texture of whole pieces of meat. We can grow samples containing the same constituents at a cellular level as ‘real’ meat, but how can you then form that into a chicken breast? A chicken thigh? Labs have mostly been creating nuggets, burgers, sausages; products containing ground meat, where there is little importance placed on the intricate structure of the meat. The best attempt we’ve seen is the ‘mini’ steak that Aleph Farms produced, but attempting to construct a ‘normal’-sized product is a different beast entirely. A suitable scaffold is needed in order for the correct structure to develop as the meat is cultured. But living organisms are incredibly complicated, and weaving together muscle and fat in the correct way is a huge technical challenge, one which we are not able to tackle just yet.

The recent development in lab-grown meats has shaken the beef industry. The US Cattleman’s Association filed a petition to exclude these ‘meats’ from the definition of beef and meat. In Missouri, there is now a law which prohibits the use of the word ‘meat’ on packaging of cell-cultured and plant-based products. It’s not a surprise that they feel threatened: The industry is responsible for giving over five million Americans jobs, and a 2016 analysis by John Dunham & Associates suggested the meat and poultry industry accounted for $1.02 trillion in total economic output for the US.

A PETA spokesperson has suggested that many vegans would be willing to eat lab-grown meat, but if they’re not but still love the taste of meat, they’re not lacking in options. Companies such as Impossible Foods, Beyond and Moving Mountains have attempted to recreate the texture and taste of meat with their plant-based burgers. This then begs the question: If we can perfect plant-based alternatives, what is the advantage of lab-grown meat?

Marco Springmann at Oxford  University stated that “the latest reviews have put the emissions of lab-grown meat […] far above any plant-based alternative, in particular due to the large energy inputs needed during production”. Another factor to consider is the healthiness of meat, regardless of its origins. This is a highly controversial topic and it’s unclear when there will be enough research carried out for a conclusive answer on whether we should be avoiding meat altogether.

Ultimately the success of lab-grown meat may come down to how it fares in competition with plant-based options in the race to see which will first give us the satisfaction of a perfectly-cooked steak, or the most tender chicken thigh. ‘Clean’ meat may have the advantage considering it already has the constituent molecules in place, but it has a lot of catching up to do with the cost of plant-based options already significantly lower.

With the pressure to cut down on regular meat and consider other options, and the investments from people like Bill Gates and Richard Branson, it’s inevitable that technology will soon give us the ability to eat ‘meat’ without killing. Save for a few stubborn individuals that will forever demand to eat ‘real’ meat, one day we’re sure to look back and say “remember when we used to have to kill animals to eat meat?”