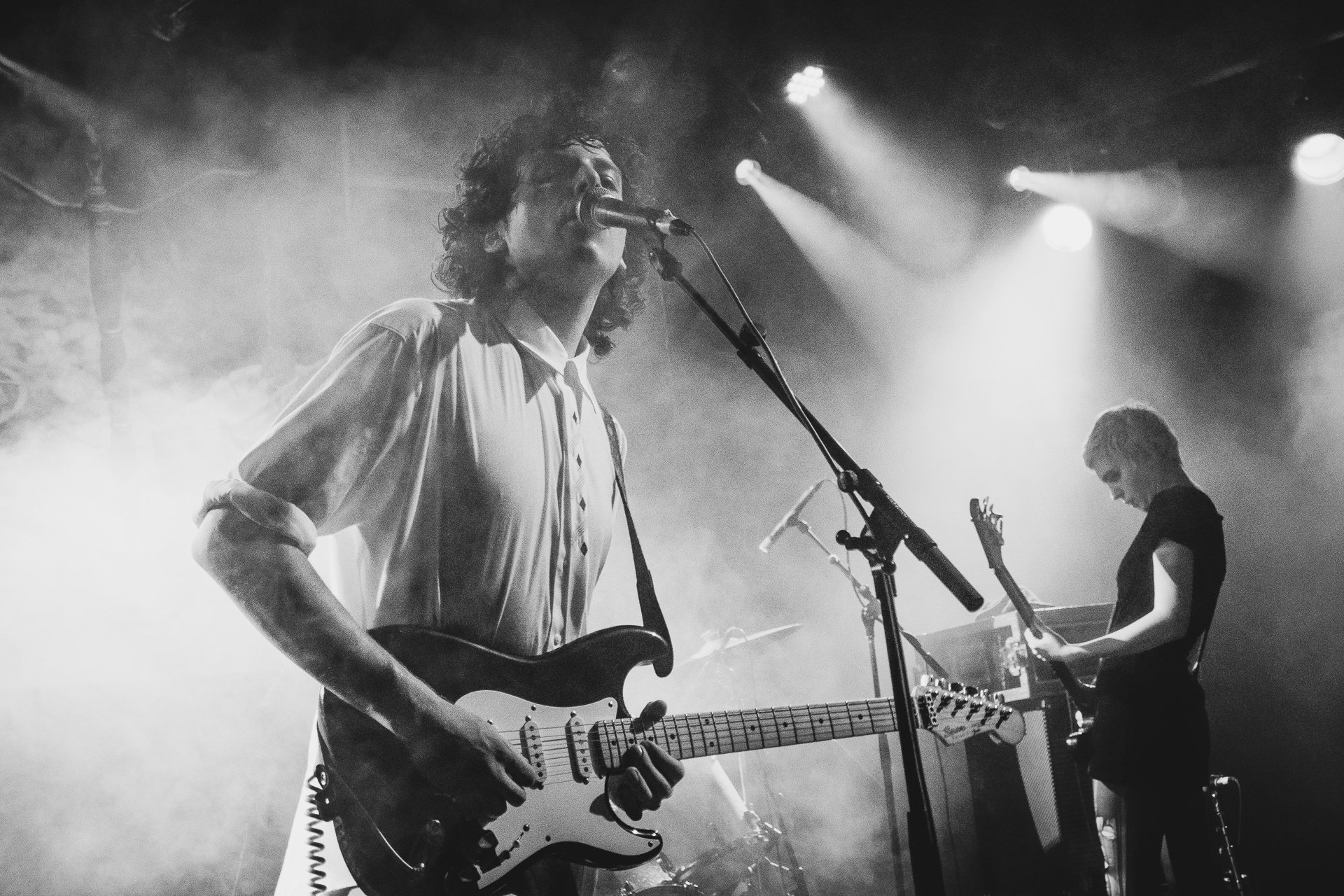 Sunflower Bean arrived in Oxford following the release of their second full length album Twenty-Two in
Blue. Hailing from Brooklyn NY they brought effortless cool to the Bullingdon stage, with glam rock and
punk décor. I arrived post-Christmas Gaudy, jumping from a very different mood of carol singers to the
pumped-up energy of their first album track Burn It.

Throughout the show, the band managed to switch effortlessly between rock drum beats and dreamy
psych interludes, as was wonderfully displayed in the aptly named Tame Impala. Nick Kelvin stood out
with slick guitar riffs and bold fashion choices, whilst their latest studio keyboardist continued to dazzle
playing it guitar style for a large part of the show. Not only playing bass, Julia Cumming amazed the
audience vocally, hitting soft mesmerising high notes followed instantly by more signature rocky
choruses. It’s a skill that I’ve seen very few artists master so well, if only reminiscent of Ellie Roswell in
hit indie band Wolf Alice. The overall effect is a captivating performance, leaving it impossible to be
bored.

Their most emotive song from the album came early in the show, TwentyTwo, a coming of age track that felt personal to both Julia the lead singer, but also striking a chord with the majority twenty-something student crowd.

Sunflower Bean are a band that speaks to their audience, the angsty post-Trump lyrics of Crisis fest was
joined by Julia moshing in the midst of the crowd. Their most emotive song from the album came early
in the show, TwentyTwo, a coming of age track that felt personal to both Julia the lead singer, but also
striking a chord with the majority twenty-something student crowd. Completely immersed in the show, I
left much less stressed about Oxford post-grad life. The mood was perhaps summed up by the lyrics of
Only a Moment – ‘you’re exactly where you’re supposed to be’. Enjoying myself completely at such an
awesome performance, that really did feel true.

Overall Sunflower Bean are a force to be reckoned with, through their powerful performance we felt
their exact intentions, but most of all it was just a lot of fun – what better therapy for failed experiments
is moshing with one of your favourite bands. Their new EP King of the Dudes is being released this
Friday, and with a tour in June, I would highly recommend going along for a guaranteed great gig. While
their debut album Human Ceremony was well thought through, it’s clear that the band has the capacity
to constantly grow and impress. I can only wait in anticipation for what they do next.