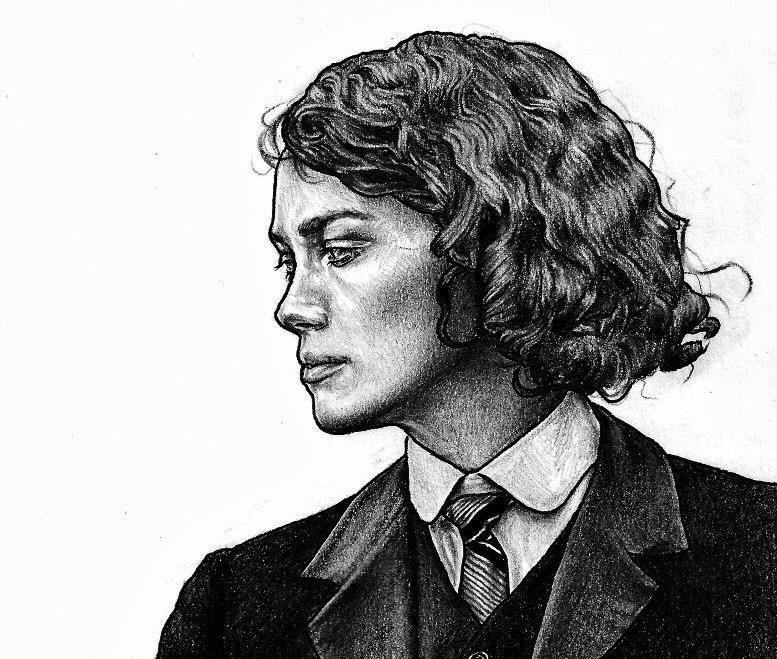 Set during the dawn of the 20th century, Colette follows the true story of French author Sidonie-Gabrielle Colette. The film begins with Colette (Keira Knightley) marrying Willy (Dominic West), and him drawing her away from her rural beginnings and into the bustling city life of Paris. Here she is encouraged to express her talents as a writer through ghost-writing stories for her husband about a young girl named Claudine. When the Claudine stories gain great popularity, Colette finds herself increasingly angered at the lack of recognition she is getting for her own work, prompting her on a journey of self-discovery and self-assurance.

Colette is a film which follows the life of its protagonist in a very step-by-step way, choosing to quite fleetingly cover a significant amount of the numerous events in Colette’s life which led to her discovering her identity and confidence. This can at times lead to the film feeling a little too hastened, most clearly seen through how quickly her relationship with Georgie (Eleanor Tomlinson) is explored, and the problems it creates are resolved. With that being said, the film’s quick pace is still a success thanks to its cast’s excellent performances, which allow us as an audience to watch how each event, however small, will affect the relationships portrayed on screen, and the character of each individual involved.

The stand out performance in this film is Keira Knightley as the strong and inspiring Colette. Considering how much of this story revolves around her relationships with others, Knightley is skilled to avoid falling into the trap of not allowing Colette much time to appear as an individual outside of these relations. Exploration of these relationships is also very well done thanks to the film’s script, as we are given the chance to see why Colette loves those that she loves, such as Willy, whilst we also see the flaws and actions which draw us, and eventually Colette, against him.

Dominic West’s performance as Willy is also to thank for this. “You were at your most brilliant when you were with me”, he says decisively to Colette at one point, although he means the opposite. I thought one scene of the couple joyfully sharing a tandem ride was particularly well directed to emphasise Willy’s reliance on Colette for his success, as he sits at the front of the bike, his legs outstretched from the pedals, while she does all the work behind him.

This film, dedicated to Westmoreland’s late husband, who before his death had expressed a passionate interest in adapting the story of Colette to film, is very clearly a labour of love for all involved.

The couple’s divided relationship is excellently shown in other shots, such as a recurring one in Colette’s country residence which shows the two talking to each other from different rooms, with a cracked wall between them dividing the scene. I also loved how the opening shot of the film, which featured Colette excitedly waking up to birds chirping in the morning as she anticipated the arrival of Willy, was mirrored near the end of the film with a scene of the couple at odds with each other in the same room late at night, as dogs barked angrily outside.

Many of the shots in the film are accompanied by the beautiful scoring of Thomas Adès. His original work captures the bright and youthful nature of Colette at the beginning of the film, and develops effectively with the addition of some darker strings as she matures. The soundtrack to the film is also filled with notable French composers of the time such as Satie, Debussy, and Saint-Saëns, which helps set the film within its context of a changing France.

“The wild days have just begun”, Colette presciently warns at one point in her story. A theme of the natural and wild world appears centred around Colette in this film, likely to suggest how she will insist on being true to her nature throughout. Colette is most at home when in a verdant country setting, but even in Paris she ensures that she is constantly surrounded by greens, yellows, and flowers in the decorations of her home and on her clothing.

The wardrobe department of the film also excels in offering Colette numerous outfits which challenge the gender stereotypes of the time, and that help to portray her confidence in her sexuality and identity. Colette is another period drama out this year which features excellent LGBT representation through characters such as Colette and the confidently masculine Missy (Denise Gough) to name only a few. One short yet powerful scene in film is when Colette challenges Willy for misgendering Missy, who she has grown to love and respect much more than her husband.

The LGBT community is also represented within the cast, with director Wash Westmoreland making history through his casting of two transsexual actors in cis-roles. This film, dedicated to Westmoreland’s late husband, who before his death had expressed a passionate interest in adapting the story of Colette to film, is very clearly a labour of love for all involved. The enthusiasm of all working on this film shines through in its cast’s performances, its sets, its costuming, and its writing, making Colette a hugely enjoyable watch.