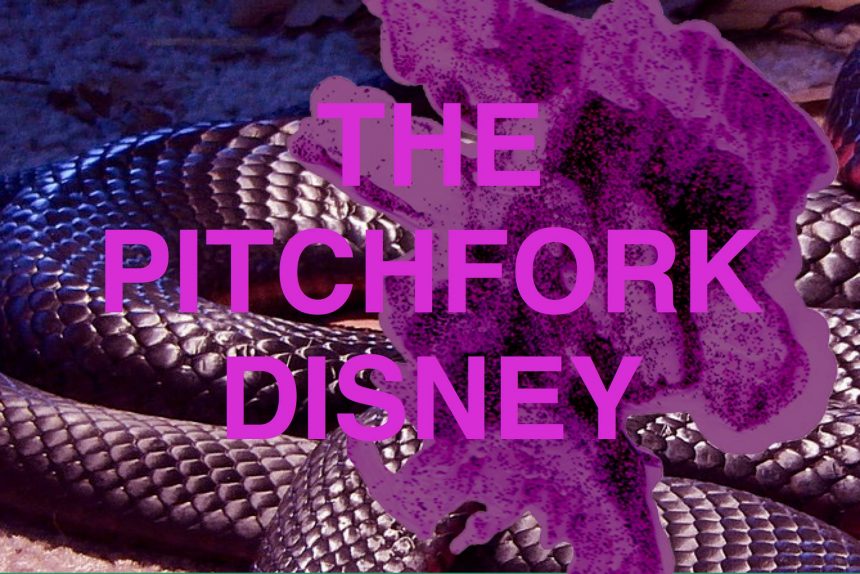 As a film-fanatic I’ve always regarded theatre as something of a weird uncle – the ‘acting’ with a big A never seemed as nuanced, typically inspiring in me an almost irrepressible urge to laugh as the silly men shouted their overwrought emotion into the audience and paced manically up and down the stage in that actorly way supposed to convey some deep inner turmoil. In the spirit of keeping an open mind however (and in the absence of someone more suited to theatre reviews), I found myself on Thursday evening in a small room in Hertford, waiting for a preview of the Oxford Playhouse’s new production, The Pitchfork Disney. By the end of the two short scenes even a bitter theatre sceptic like me couldn’t fail to be impressed. Philip Ridley’s dark play, skilfully directed by Bertie Harrison-Broninski, was the perfect way to remind me of theatre’s immediacy, with the fourth wall not so much breached as reduced to rubble. Robbed of the comfortable insulation of the movie screen, I was reminded that maybe there is something to the stage after all.

By the time Cosmo was gobbling cockroaches with disturbingly realistic crunch noises while eyeballing us onlookers, I was a firm convert to Bertie Harrison-Broninski’s production.

In a sense, this was precisely Ridley’s intention in writing The Pitchfork Disney. His first professional piece it marked the start of the ‘in yer face’ theatre of the 1990s, characterised by vulgarity and shock – the effect was such that its premiere had reports of spectators fainting in horror. While this OxStu journalist didn’t quite end up face down in the grey carpet of the rehearsal room, it was hard not to be at least a little shaken by the spectacle presented. The premise is simple enough: Presley and Haley, two siblings, live in a squalid flat in a ruined world. Their parents seem to have died years ago, and now they wile away a schizophrenic existence by feeding off chocolate and ‘Mum and Dad’s medicine’. One day however, an interloper appears, and things start to go very wrong.

Throughout the performance a sense of profound unease rarely lets up. Presley, played wonderfully by Alex Fleming-Brown, nibbles at his finger as his scrunched and tall frame lurches around, his child-like terror giving way suddenly to strange and sinister memories of visits to a reptile house. Complemented excellently by Lou Lou Curry’s Haley, whose rolling-eyed madness adds yet more weirdness, I soon found myself half-flinching as the events on stage escalated. And true to the ‘in yer face’ genre, I was then confronted with a brilliantly menacing Alasdair Linn as the serpentine invader Cosmo, who announced his presence by vomiting chocolate milk all over a carpet a few inches from my shoes. By the time he was gobbling cockroaches with disturbingly realistic crunch noises while eyeballing us onlookers, I was a firm convert to Bertie Harrison-Broninski’s production.

But if there’s no mistaking the reactions it engenders, what the play is getting at seems less clear – talk of snakes and Christian cults and smouldering rubble might tend us towards seeing this as a vision of damnation, but with a stripped back set design masterminded by Felix Morrison, the stage seems to morph into a representation of the fevered mind. Here, it appears, is a portrait of a psychological apocalypse. Yet that surrealism is in a way the allure of Ridely’s work. Talking to Alex, he noted he’d never read a play quite like this in terms of ‘out-there-ness’, and stumbling back to college still a little perturbed, it was hard to disagree. By the time Haley had screamed that ‘No one’s perfectly safe’, it felt like she was addressing the audience as much as her brother. The Pitchfork Disney certainly worked its spell on me therefore – and if fifteen minutes of rehearsal can do that to a theatrical philistine like this critic, then that really is saying something.

The Pitchfork Disney shows at the Oxford Playhouse from the 29th to the 2nd.