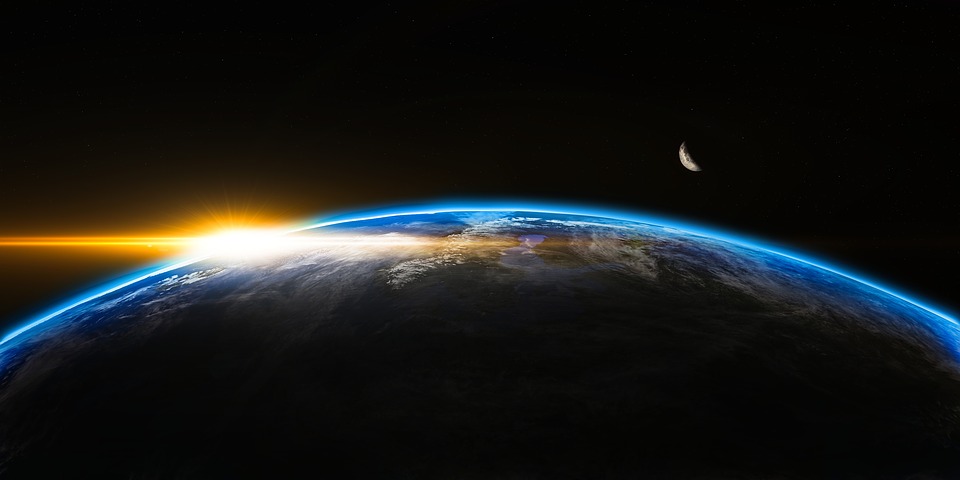 Life finds a way: The origins of life on Earth

The origin of life remains one of the greatest and most contentious problems of science and society as a whole. Religions and scientists can’t agree with themselves, let alone each other. For some, life was created with the will of an omnipotent being. For others, life was brought from another planet, perhaps on a meteorite, via the theory of panspermia often played up by science fiction programs like Doctor Who. Let’s take a look at some of the diverse methods by which life (which for the purposes of this article, will be defined as a self-replicating, evolving system), may have arisen on this planet…

In general, most current scientific theories lead to the RNA world hypothesis. The RNA world hypothesis states that in the early days, DNA was non-existent, and RNA was instead the primary replicator. It also acted as the catalyst of early life, instead of the enzymes composed of protein. In order for evolution to occur, natural selection acted on particular, advantageous RNA sequences, which fits our definition of life. The fact that RNA still has a role in many essential processes today, be it providing the communication of information allowing for DNA to be translated to protein, or acting as cofactors in metabolism, gives credence to this theory.

Knowing how life began on Earth allows us to make inferences about how life may start on other planets.

One of the first major scientific contributions to the origin of life is the well-known Primordial Soup hypothesis of J.B.S Haldane and Oparin, alongside the later experiments by Miller and Urey. The Primordial Soup Hypothesis states that on the early earth, intense ultraviolet radiation from the sun and lightning bolts were sufficient to cause reactions of compounds such as water, ammonia and methane, and that these reactions formed the complex biological molecules that are the building blocks of life, nucleotides and amino acids. These then polymerised to form the basic structures that are the basis of life, in this case DNA and protein respectively. The assembly of these molecules gave rise to a self-replicating system that became life. The Miller-Urey experiment of 1953 confirms some, but not all, parts of this theory. Hydrogen, water, ammonia, and methane were sealed into a closed system, where they circulated past electrodes to provide the energy for the reactions. The experiment was remarkably successful, with recent reanalysis showing that more than the 20 amino acids crucial for life were synthesised.

However, this theory has come under increased scrutiny in recent years. In particular, the use of UV radiation as an energy source for the formation has proved contentious, especially as ionising radiation also decomposes molecules in equal measure. For example, you only have to remember being sunburnt and getting moles to know that UV can be incredibly damaging.

While the Primordial Soup hypothesis still has support from many, Lane et al. looked further afield for an energy source, and suggested that life’s origin is to be found at hydrothermal vents. While Black smoker Hydrothermal vents, the most common form of the undersea structures, have been discounted for being too hot, acidic and short lived, they suggest alkaline vents as an energy source instead. The most extensively studied type of these vents is the Lost City Vents, which use serpentinization reactions with seawater to generate energy. They are cool enough (150-200˚C), alkaline and can supply high amounts of hydrogen for synthesis, along with methane and other hydrocarbons. Iron sulphide membranes could then have formed in a reaction between the early iron-rich oceans and sulphur from the vents, allowing these membranes to act as catalysts. They can form organic molecules such as lipids and nucleotides by the reduction of various simple compounds using iron and sulphur. Furthermore, the convection currents and diffusion around the vents could then have concentrated nucleotides to such a degree that nucleic acid polymers like RNA could form.

Most current scientific theories lead to the RNA world hypothesis.

At the other end of the temperature spectrum, life could have begun in very cool conditions. The presence of ice on the early earth could have led to widespread glacial cover. The impacts of meteors, while contributing to the breakup of this ice, could also have brought complex molecules like amino acids for life to be built from. Alternatively, it has been suggested that UV energy, in a similar way to the Primordial Soup hypothesis, could have caused the compounds in the early atmosphere, (including multiple carbon oxides, water and nitrogen) to react to form compounds including organic bases. Then, within glaciers, trapped clay granules or the veins within the ice could have provided a surface for the reactions that allow nucleotides and other biologically important molecules to form, according to a paper by Price. This is helped by the fact that the charge in some clays can help assemble the nucleotides into an order that allows them to form nucleic acids more easily.

A further hypothesis posits that life first started on the beach. A radioactive beach, to be precise. The radioactive beach hypothesis, proposed by Zachary Adam, suggests that uranium rich sands produced a natural nuclear reactor, like the kind found naturally in Oklo in Gabon. This process was hastened by the closer proximity of the moon in the past, something that caused tides which could effectively sort heavier elements, like the radioactive actinides, into close proximity with the element with which they can begin nuclear fission. The energy produced is low compared to UV radiation or lightning, but is still sufficient to begin the process of developing precursors to amino acids. The presence of phosphorus within the sands also make the synthesis of nucleic acids more viable, as does the presence of abundant water, and other organic compounds. However, the experiment did not run for long enough for these to be generated, and so until this happens, it cannot be conclusively confirmed that this is a viable route.

This is only a short overview of the many ideas and hypotheses that can explain why the wonderful thing that we call life has arisen. While it may seem like something of a moot point now, knowing how life began on Earth allows us to make inferences about how life may start on other planets, and even make some predictions about where to look! Back on Earth, ongoing threats to biodiversity may mean that these cycles will be required all over again if our ecosystems fall apart.For now, we can continue to glance back at the past and wonder how our beginning can be deduced from the present. Who knows? Maybe our beach-going habits are something of a clue…