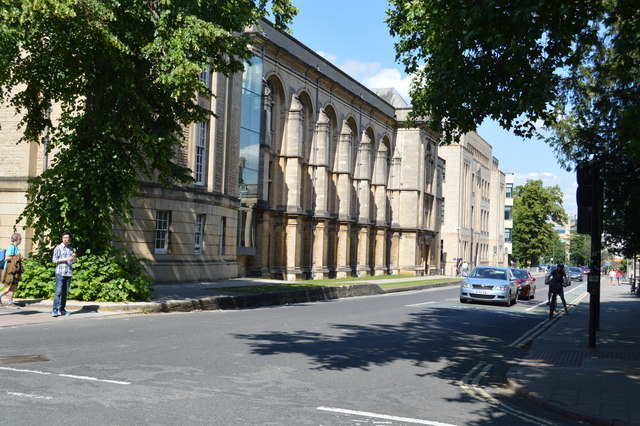 Oxford’s new graduate college, to be named Parks College, will share the premises of the Radcliffe Science Library as a “flexible space”, the University has revealed.

In December, the University announced a new graduate college which “will occupy the historic Radcliffe Science Library site on Parks Road and will start recruiting 200 graduate students in 2019-2020 for admission in September 2020.” However, the University maintained at the time the RSL would remain open as a library.

Oxford has now announced new details to clarify the future of the site.  A University spokesperson told The Oxford Student “The aim is to redevelop the Radcliffe Science Library as a flexible space. The buildings will incorporate modern library facilities for science students and researchers, college facilities, and spaces for public engagement.

“The principle of re-configurability will be applied to as much of the space as possible so that both the college and the science library can make optimal use of the space and it can be used for different purposes at different times of day, on different days of the week.

“The on-site library will continue to be part of the Bodleian Libraries. As such, it will be open to all registered Bodleian readers and will be run by Bodleian staff.”

In an article in the Oxford Magazine, the University also suggests that “the western wing of the Inorganic Chemistry Lab (aka the ‘Old Chemistry Teaching Lab’) could be turned into a modern college dining hall”.

The article adds: “The college will function as a Science Area hub for interdisciplinary exchanges, mainly at lunchtime and in the late afternoon or early evening”.

Plans for the college will be put before the University Council and Congregation this and next term. There will be a number of Q and A sessions planned for later this term to provide a forum of discussion for members of congregation.

Allison D’Ambrosia, Oxford SU VP for Graduates told The Oxford Student: “The Oxford SU is dedicated to ensuring that these future students are provided with a consistent learning environment and student experience as the current post graduates. I am attending numerous committee meetings about the development plans of ‘Parks College’ and hoping to gather as much consultation from current students as possible. We are still awaiting more detailed information about how the college life will function.

“Everything I have seen thusfar has pointed to these students being provided a sub-optimal experience compared to their peers at established colleges. We need a clear proposal of the goals of ‘Parks College’ and how they will measure success. It is not good enough to just increase graduate student numbers, there needs to be evidence of how the student experience and learning practie will be of the highest quality.”