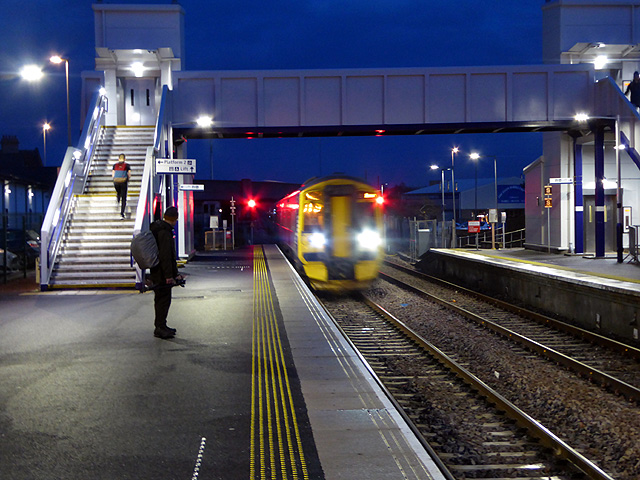 The British railways have come to be one of the most blatantly obvious examples of where privatisation has failed. Commuters and tax payers are being ripped off by dividend collectors, while services deteriorate, prices climb much faster than wages, and incompetent Conservative ministers like Chris Grayling fumble around a problem they have no desire to solve.

The recent news that fares will rise, again, by 3.1 percent, is just another reminder of the scandal that has become of our privatised railways. Short term profit motive and lack of effective competition have driven up prices while revenue is siphoned off into the bank accounts of shareholders instead of being invested in improving, or even maintaining, services and infrastructure. Meanwhile, taxpayers have subsidised the industry to the tune of five billion pounds over the last five years.

The example of CrossCountry trains is illustrative of the national picture. It is a nationwide rail company running long-distance services. In 2017, it made £23 million in profit, £20 million of which was paid out in dividends. A common defence of the higher prices we pay compared to people on the continent, is that maintaining the Victorian infrastructure our networks are built on is expensive. Maintenance may be expensive, but so are shareholders; and their pocketing of revenue simply exacerbates the problem of out-dated infrastructure, depriving it of the investment it needs to reduce running costs.

“With UK wages stagnating for the last 40 years when adjusted for inflation, working people cannot afford to pay higher prices.”

The solution is to re-nationalise our railways, bringing them back into public ownership. This would remove profit motive, so revenue can be reinvested in infrastructure, cheaper fares, or contribute to the Treasury.

And we know it works; the temporary renationalisation of East Coast rail in June 2018 saw customer satisfaction increase, with  extra revenue paid into the Treasury rather than to private shareholders. That must have been quite embarrassing for the free-market fundamentalists on the government benches. But surely if the deficit is a real concern, this should have been hailed as a success both Labour and the Tories could agree upon. No, the success had to be put to an end, so it was sold off to Virgin Trains East Coast, which promptly hiked prices.

The situation is much the same for other essential services in our economy, like energy and water; the UK’s rip-off prices remain among the highest in Europe. With UK wages stagnating for the last 40 years when adjusted for inflation, working people cannot afford to pay higher prices, and so more and more are being forced into making choices between heating their homes or buying food. In one of the richest countries in the world this should be totally unacceptable. Privatised railways with soaring fares are just one result of the Conservative-led crusade against any part of the state that benefits working people. It has been decades in the making and has coincided with the most rapid rise in income and wealth inequality since the period leading up to the Great Depression.

“[The private sector] cannot be relied upon to come up with socially-conscious solutions to issues such as mass automation, and fair regulation of media platforms.”

Nobel Prize-winning economists, like Paul Krugman and Joseph Stiglitz, are just some of the weighty voices that warn our current economic model is deeply unsustainable. The wealth of the superrich is growing more rapidly than ever, yet most people are constantly under pressure from their incomes being squeezed, whether from increasing rents, cuts to the social safety net, stagnating wages, or the increasing costs of energy and transport.

Rail, water and energy are just the beginning. If the private sector cannot cope with maintaining the railways, it cannot be relied upon to come up with socially-conscious solutions to issues such as mass automation, and fair regulation of media platforms such as Facebook, Google and Twitter that are increasingly becoming the central public forum. With the unprecedented innovation from which these companies have emerged – and which they themselves drive – unprecedented levels of power, wealth and responsibility are being concentrated in a handful of unaccountable boardrooms.

Expanding public ownership of many areas of our economy is one crucial part of preparing for inevitable future challenges facing all Western economies and tackling the unsustainable and contemptible levels of inequality in Britain.