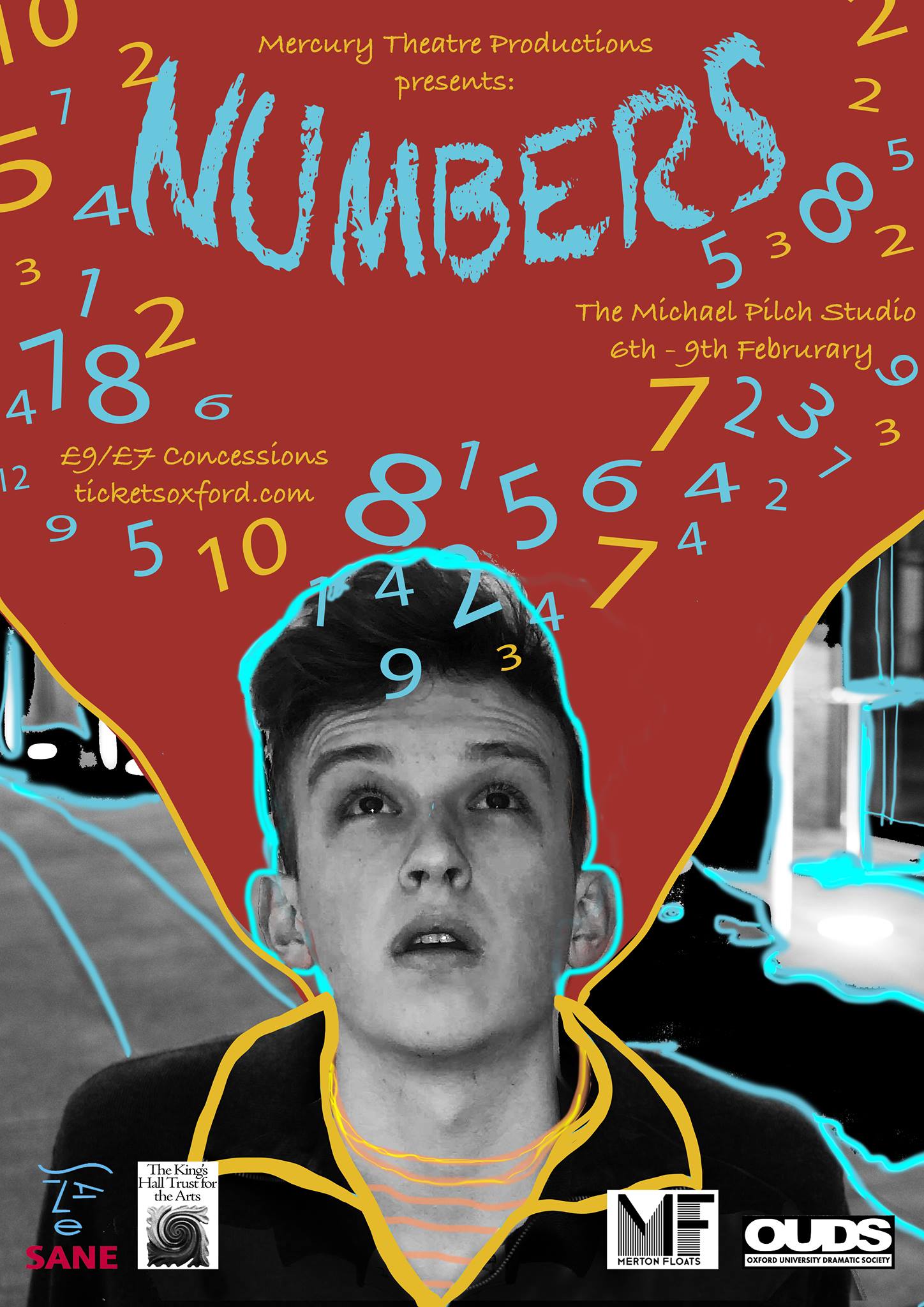 It’s a huge personal investment being both writer and director of a play. Do you feel this production to be very much your own or have there been other influences and voices?

To be honest, if there were people who actually wanted to direct my writing I’d probably give it to them. If I had the option it’d be very educational to give my work to someone else and see what they do with it. When you’ve written it yourself you have a particular idea of what the words mean, and what you think comes out of the page, but then to someone else reading it it could suggest something completely different. You can intend one thing but something else entirely comes out of it, which is why I’d definitely want to give my writing away and see what someone else does with it. Which is why in the rehearsal room I do really like to work collaboratively with the actors.

The last play that I did (An Unexpected Visitor, MT18) was really a piece written during the rehearsal process, which was something I really enjoyed, and although that’s not something we did with Numbers, in rehearsals a huge amount of input from the cast, and whilst writing I discussed it a lot to Morag the producer, so whilst it is written by me, the end product is definitely something very much collaborative. It’s great also to see that process grow over the rehearsal period. At the beginning I’d stop a scene and ask ‘Does anyone have any ideas, should we change this or that’ and everyone was very polite, but now two weeks in we’ll be reading a section of the text and no one’s afraid to be thinking on their feet and thinking about what they’re saying. They’ll read something and say if they think it doesn’t work, and we’ll talk about it and change things. In that way, although I’ve written it the process by which it’s come about has been very much a team effort, which I love.’

So, this play began as a scratch performance. Tell me about the process of making it a full 90 minute production?

The ten minute version is essentially one scene, in which the main character Jack delivers a monologue in the smoking area of a nightclub to a new friend (Michael), and just unloads. It’s a very small snapshot of a wider story, looking at Jack just at the breaking point. Originally it was delivered as a monologue to the audience, and it was put on in that format twice in London and once in Brighton through scratch competitions. From there I got lots of feedback that then helped to inform the direction the overall story would take. So I started looking at what happened before and after, going back in time the play looks at how Jack’s latent body image issues develop, and how you can have thought processes that are a bit unhealthy begin to spiral and become more obsessive, until they manifest in physically unhealthy ways. Jack begins by simply wanting to get back into shape, and his best friend Brianna joins him in this, but this initially healthy relationship spirals out of control, eventually to breaking point (which is the original 10 minute piece), after which Brianna moves away from Jack, who goes into counselling. While I wouldn’t say it ends on a happy note I’d say the play ends hopefully.

It’s a look at how relationships can be toxic, we see that developing in the first half. In the second half we see how relationships can be healthy, with Jack and Michael helping each other through their problems. It’s also a look at how different people open up different sorts of ways. A big part of this play is how people mask and cope with the different issues they face. In the first half you see Jack and Brianna become very worried about each other, but neither worries about their own situation. It’s reflective of the way you will justify your own problems but see the dangers for someone else. In the first half you’ll see the way Jack very reasonably explains his actions, why he’s going to the gym, or explaining ‘well of course I’m not going to the pizza night because I’ve just had a holiday where I ate lots of kebabs’ etc.

You’ll see how he views himself as very reasonable, but then gets worried about Brianna and how in turn Brianna grows worried about him. Brianna is this really lovely person who is very concerned and sympathetic towards Jack, but Jack pushes away from this and retreats into his own defensiveness. He doesn’t want to be pitied in that way. But in the second half coupled with the fact that he’s in a new space, in the counselling waiting room with Michael who a separate entity from Jack’s life, suddenly the pressure to be ‘Jack as everyone knows’ is gone and there is something new there. So it’s a look at how different sorts of people manage to communicate and express themselves in different ways.

Do you think that sense of hopefulness clashes with the current public feeling around the subject? The public discussion very much focuses on how resources and funding for mental health services are so minimal, misconceptions and stereotypes about different issues persist vehemently, and there’s little hope of improvement. Is the play’s hopefulness a conscious rebellion?

I think the first thing to say is that of course the cuts to mental health funding and the stigma around it is a situation in urgent need of improvement. But I think in line with that Numbers is an attempt to try and start a conversation, to talk about it more. We’re trying to make something that’s truthful, and that will make people question their relationship with the subject. In the wake of shows like Thirteen Reasons Why and episodes of Skins where you can very much see the glamorization and dramatization of mental health problems taking place, we are looking to put on something honest in reaction to that. Of course the situation isn’t good currently but I think it is improving and I think at least now people are talking about it more, and Numbers is an attempt to be a part of that conversation and push it in a positive direction.

I think there’s two ways through which we can approach the problem of mental health. There’s the institutionalised, top-down approach where you increase resources, money, and mass-movements. But I think Numbers is not attempting to make an objective general comment, it’s trying to tackle the issue from the other direction, by looking at ordinary people in everyday situations. I want people to leave having seen something in the characters that they recognise, I hope that there’s some connection on the level of thoughts, emotions or motivations and I think that is a really important part of the solving the issue. A large part of what we’re trying to do is change the perception that people with mental heath difficulties are ‘different sorts of people’.

I wouldn’t say we’re trying to normalise it as such but I think we want to remove that perception, for people to see that it is not necessarily abnormal, that it can happen to anyone at any time. We want to be a part of the conversation, and I think in part we’re reacting to the fact that there’s very little out there at the moment that deals with the middle ground between the ‘labels’ given to mental health issues. And what is out there at the moment from a male perspective tends to be more to do with toxic masculinity than anything else: ‘there are all these expectations of me and I need to conform to these standards etc’. Of course that is a big problem, but not really what this play is looking at. It’s more internal than that, it’s about the standards that Jack sets himself. We want to create something that’s realistic, and truthful.