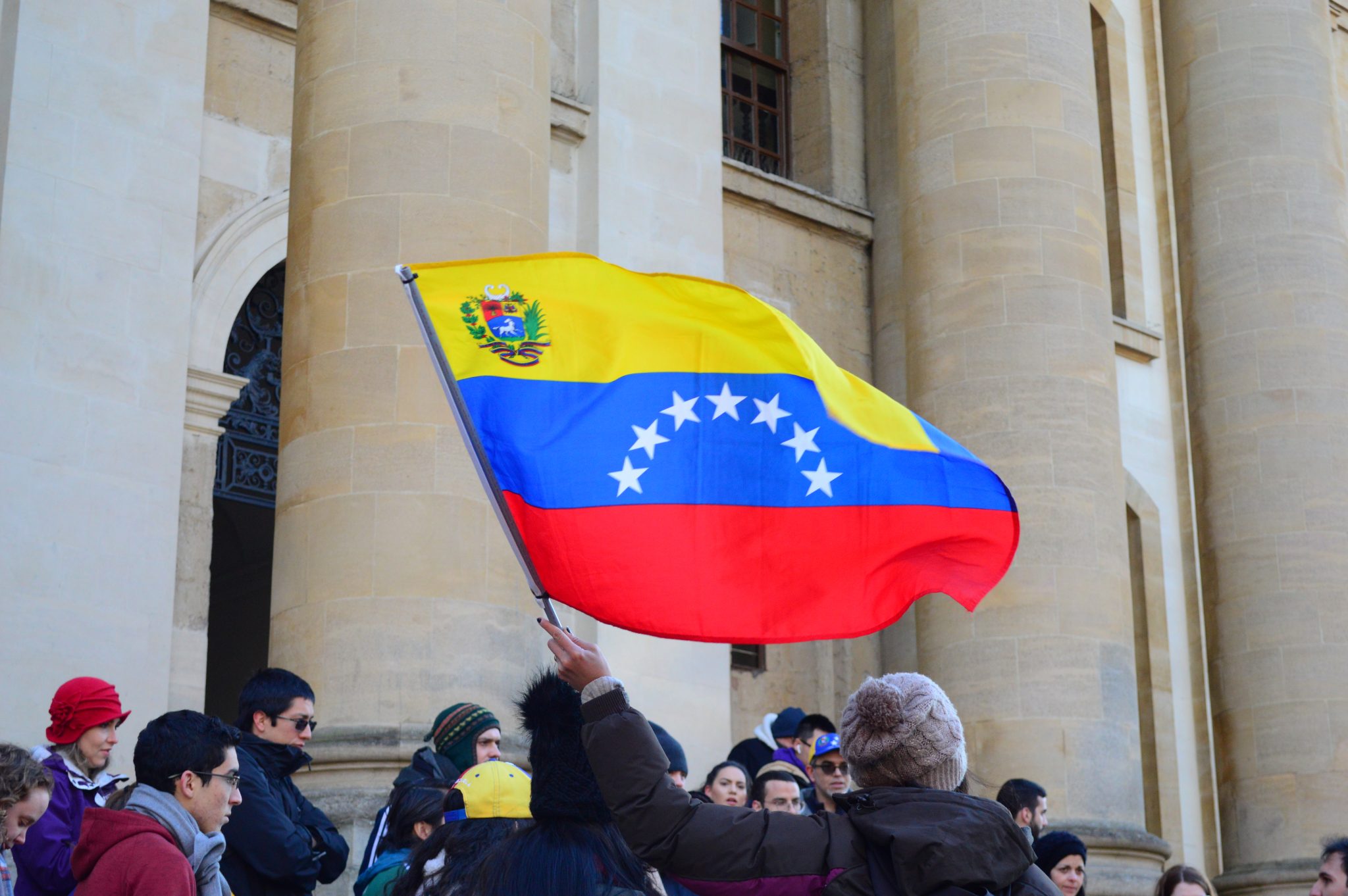 On Saturday, 2nd February a group of Oxford students and residents gathered in front of the Clarendon Building on Broad street to show support for a peaceful democratic transition in Venezuela.

The day was designated as an international day of action by the National Assembly, a democratically elected Venezuelan parliament, to back the European parliament’s decision to recognise Juan Guaidó, the president of the National Assembly, as interim head of state. Guaidó, who declared himself interim president of Venezuela on the 23rd January, is in opposition to Nicolas Maduro, who illegitimately holds the presidency on the basis of fraudulent elections conducted in May 2018.

“Today they are protesting at home…and there is for sure going to be repression, so this is in solidarity to those in Venezuela,” explained Simonetta Spavieri, an Oxford student and organiser of Saturday’s protest. Spavieri added that another goal of the demonstration was “to try to pressure further the governments where we live abroad; there is a large Venezuelan diaspora in the world. Because we think they can be even further assertive, for example sending humanitarian aid to the Venezuelan population… We think humanitarian aid is urgent. The dictator [Maduro] doesn’t want to accept it, but the new president [Guaidó]…does.”

The Oxford demonstration mirrored the mass pro-democracy mobilisations that took place around the world on Saturday. These follow last week’s events, that centred upon declarations from Great Britain, France, Germany and Spain, who all vowed to recognise Guaidó unless Maduro called for a free and fair election within eight days. Since this, the United States and most Latin American countries have also followed in recognising Guaidó.

Speaking of the effects of the current dictatorship on Venezuela, she added, “This dictatorship has basically destroyed the economy of a rich and prosperous country. This has produced emigration of the Venezuelans to all parts of the world, Columbia, Peru, Spain, even Britain. There is censorship of opinion, there are a lot of journalists who have been imprisoned, politicians who have been imprisoned and students who have been killed, tortured and now people know about this. This dictatorship has pretended that it is a democracy because it hosts elections, but the elections are manipulated.”

Since Maduro took the position in 2013, Venezuela’s opposition argues that his regime is responsible for pushing the country into an alarming state of humanitarian crisis. Due to the scarce food and medicine supplies, 3 million Venezuelans have fled the country since 2014, with the UN estimating the total number of emigrants rising to 5 million this year.

Guaidó and the National Assembly have insisted that Maduro step down and demanded that the institution of a transitional government call for fair and transparent elections in order to reinstate democracy in Venezuela.

As of the 28th January, Provea, a Venezuelan human rights organisation, have confirmed that 43 people have been assassinated due to their part in recent demonstrations, while a further 850 people have been detained. The UK protests on Saturday urged Great Britain to source stolen and laundered Venezuelan funds and most importantly, direct humanitarian aid to the Venezuelan people.

Nevertheless, the tenor of the protest in Oxford last Saturday was largely optimistic, with the crowd often breaking out into song.

“It’s been more than 20 years protesting the government that we know is a dictatorship and is illegitimate,” Spavieri said. “It’s the first time we’re feeling, again, a real hope of a possibility of a transition. So, the mood is very much festive…because we are hopeful, and we think we will have a free country again soon.”

Brian May badgers on

The Malcontent on: Chuggers