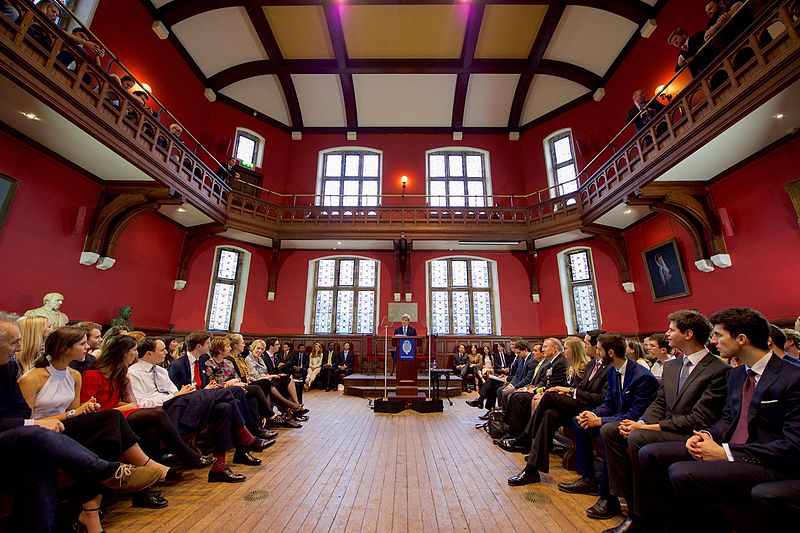 Imagine the scene. The Oxford Union, 17th January, around 9pm. The motion to be debated: “This House believes that the Arab world has failed the Palestinian people”. A speaker for the opposition rises, argues we should reject it because it wrongly presupposes a moral obligation. The “problem” of the Palestinians was forced upon the Arab states by Western powers in 1948, made worse by Israeli intractability in the years since then. Why should it be their job to solve it? The speaker sits. Two speakers for the proposition address the argument. The first claims that the Arab states incur on themselves a measure of responsibility when their support for Hamas exacerbates rather than ameliorates Palestinian suffering. The second, a Palestinian man himself living in Jordan, gives an impassioned speech about the mistreatment his people face in that country and across the rest of the Middle East, and their denigration to second-class.

Anyone who was there on the 17th of January will most likely remember those three speeches. But they will remember also that I have related them out of order; the notion of obligation was raised well after it had already been refuted.

The speech might have been intriguing if it had come thirty minutes earlier. Instead, it simply wasted time. This is a recurring pattern at the Union. All of the speakers pre-rehearse their points, and seem determined to deliver them exactly as planned, irrespective of what else is said. If the opposition fails to anticipate an argument that the proposition makes, it will, nine times out of ten, go unaddressed. It is left to us in the audience to imagine what rebuttals could be made and how those rebuttals might be rebutted ad infinitum. For debate to be worthwhile, the proposition and opposition have to actually engage with each other – point followed by counterpoint. For all their prestige, Union debates fall short of this mark more regularly than they reach it. They often are little more than eight speeches on a theme.

“For debate to be worthwhile, the proposition and opposition have to actually engage with each other – point followed by counterpoint.”

This compounds the Union’s other major issue: speakers regularly rely on obfuscation or misdirection, knowing that they will go unchallenged. Part of the problem is the motions. Boiling down a thesis into a single sentence will inevitably create a degree of ambiguity. For debate to be worthwhile, it is imperative that the proposition be allowed to define the terms. At the Union, this is only irregularly done. “Arab world”, for instance, might be interpreted in a number of ways, but on that night the opening speech laid out very clearly a case against Arab governments, listing their abuses of Palestinians and their failure to advance their cause. I would have liked to have seen the opposition attempt to refute or contextualise these points. Instead, I heard the rapper Lowkey waste 10 minutes telling us that the motion actually accused all Arab people of complicity and should therefore clearly be rejected because they don’t elect their leaders. This kind of tactic is depressingly the norm. Last term’s War on Terror debate was equally frustrating because the proposition and opposition never came to a shared understanding of what the War on Terror actually was. Who cares whether they disagree about its success when the only source of that disagreement is bickering over its definition?

The Union costs hundreds of pounds to join. It is perhaps the most renowned institution of its kind in the world. Something needs to be done about the quality of debate if either of those things are to be justified.

Emancipation or exacerbation: how will the Lotikipi aquifer affect Kenya?

Commemoration: are we remembering to forget?