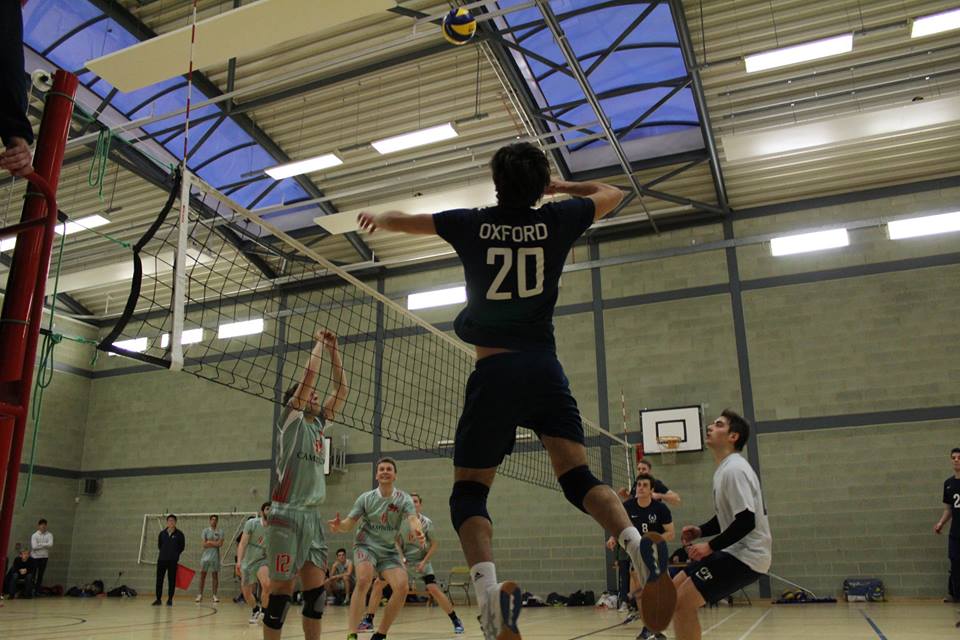 The University’s Men’s Performance Volleyball Team enjoyed a spectacular victory against Exeter University in the BUCS Premier League. The match was a much anticipated game after their close defeat, 3-2, after their journey to Devon at the end of 2018, and the preparations for the match began as soon as term started.

The home side showed an impressive display of control across the whole game. Excellent serving and blocking skills severely reduced the opposition’s opportunities to attack. Despite a shaky start to the 2nd set, the Blues came back from a not insignificant deficit, and it was clear by the start of the final set that Exeter had been defeated mentally as well as technically and tactically.

Head Coach, Will McDonald, was impressed by the display. “It was an exhibition of everything we have been working towards this season, and definitely bodes well as we move into the 2nd half of our season. As we come up against stronger opponents we will need to step up another level, but I am pleased with the benchmark we have set for 2019!”

The Men’s Volleyball team is currently ranked 4th in the BUCS Premier League. Last year during the 2017-18 season, Oxford 1’s received 4th in the Premier south and first place the year previous in both Premier South Playoffs and Midlands 1A.  Historically the team has always made a great effort in the playoffs.

They will face off next against Cambridge in the Varsity Match on 23 February at Iffley Sports Center at 9am.  This season has been a tough one so make sure to come out and show support!