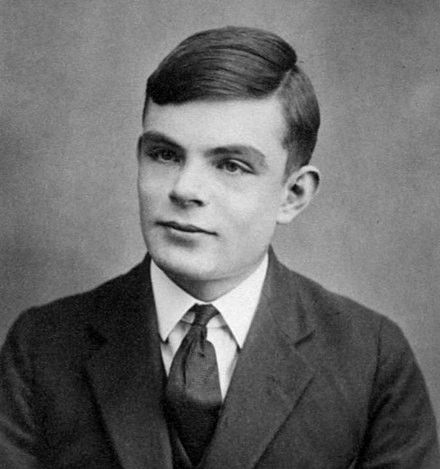 An Enigma: the role of codes in the LGBTQ+ community

It was the year 2016 and I, a quiet and awkward sixteen-year-old girl, was trying to work out how to tell my mother that I had, since January, been dating another quiet and awkward sixteen-year-old girl. Realising that I was not actually brave enough to tell her outright, I found myself, after many a dedicated hour of trawling the internet for “How to come out to my parents”, taking the path of hint-dropping instead. What I did not realise, until a few months into this venture, was how well-trodden and ancient a path that was.

A conversation between me and my mother: “What’re you watching?” “Maurice.” “What’s it about?” “Gay Edwardians at Cambridge.” “Oh. Right.”

The week after: “What’re you reading?” “Shakespeare’s sonnets. I’m trying to decide who I think Mr W. H. was.” “Mr W. H.?” “The man the sonnets are addressed to. I can’t believe we’re never told in school that Shakespeare was bisexual.” “Oh. Right.”

And so on until October when I finally come out in dramatic floods of tears because the other quiet and awkward sixteen-year-old girl had broken up with me.

“When being gay carried a prison sentence…survival required the skill of secrecy.”

It turns out that such hint-dropping  – albeit usually rather subtler than my clumsy 21st century attempts with a fairly enlightened mother –  has been a vital part of LGBTQ+ life for well over a hundred years. When being gay carried a prison sentence (thanks in Britain to the Labouchère Amendment of 1885), survival required the skill of secrecy. The use of codes allowed people to hide in plain sight, to drop hints that only those in the know could recognise.

In conversation and writing, literary and historical allusion was perhaps the most common method of coding. Mentioning Narcissus, or Hadrian and Antinous, or Sappho to name but a few was the nineteenth-century equivalent of testing the waters with a ‘Drag Race’ reference or a Pride gif. Wilde’s “The Picture of Dorian Gray”, later used against him in his trial for supposed gross indecency, is full of men likening the handsome young Dorian to pretty boys from the classics. I was particularly touched to read about a man in the 1880s who, like me, had used a discussion about Shakespeare’s sonnets to come out to his mother.

A popular alternative was the use of flowers. The language of flowers, or floriography, was the Victorian trend of applying meanings to certain flowers so that each reflected specific emotions or sentiments, allowing subtle messages to be communicated through carefully-arranged bouquets. Based on this tradition, gay men in late nineteenth-century Paris often wore green carnations; the carnation was supposed to resemble, in the words of Rimbaud and Verlaine, “le trou du cul”, and the green, being an artificial colour of carnation, signified the “unnaturalness” of their desires. In the early twentieth century, gay women would sometimes give each other violets as a suggestive romantic gesture, in a nod to Sappho’s poem in which she and her female lover wear garlands of them.

Perhaps it is because of the prevalence of such codes in the day-to-day existence of the underground LGBTQ+ communities of the past that they have played so heavily into more general aspects of life for many of its members. During the First World War, for instance, gay war poets Wilfred Owen and Siegfried Sassoon developed their own codes in order to write from the trenches whilst avoiding the Government’s censors. It has even been suggested that Alan Turing’s experience as a closeted gay man may have made him more attuned to a way of thinking that ultimately allowed him to crack the Enigma Code. On a similar note, Richard Norton-Taylor has argued that “spying might have been a particularly attractive career for people used to hiding their personal, as well as political, proclivities. They could keep secrets, and tell lies.”

“Even in these more enlightened times, when LGBTQ+ people in the West usually have less need for such intense secrecy, codes retain a place in our culture.”

Even in these more enlightened times, when LGBTQ+ people in the West usually have less need for such intense secrecy, codes retain a place in our culture. The Hays Code was a set of rules for American filmmaking which came into effect in the mid-1930s, with the aim, basically, of making cinema suitably moral for its genteel audiences. One of its terms was against the depiction of “perverse” topics, including bestiality, venereal diseases, interracial relationships, and homosexuality. Throughout the Hays Code era (abolished only in the late 1960s), filmmakers, unwilling to be stifled, developed methods of subverting its dogma without clashing with its censors. One of these became known as queer coding, in which codes and symbols, like those popular amongst the Victorians, were used to mark out a character as queer without being explicit about it. Some directors used this with sympathetic intentions: Nicholas Ray’s ‘Rebel Without a Cause’ (1955) and Billy Wilder’s ‘Some Like It Hot’ (1959) are commonly-cited instances. Recent examples of such villains include Disney villains like Scar, Ursula, and Jafar, Moriarty in ‘Sherlock’, and Grindelwald in ‘Fantastic Beasts’.

Derogatory queer-coding is not the only kind still in use, however. The more neutral or even relatively “positive” queer coding of the Hays Code era also persist. This, too, can be a problem, often decried as a way for filmmakers to draw in LGBTQ+ audiences without providing the explicit, affirming representation many argue is needed (“queer-baiting”), partly in order to avoid alienating homophobic viewers. A recent variation on this trend has been to quietly queer-code a character for several episodes before finally making their LGBTQ+ identity explicit, and then promptly killing them off, much discussed particularly after its occurrence in ‘The 100’ (2016).

And so we must consider the place of codes in the LGBTQ+ community today. There is a certain romance in the old flower symbolism (I like to wear a faux violet or green carnation as a sort of Pride flag for a bit of fun) and I’d be lying if I said I have never flirted through the medium of historical queer literature. But queer codes hearken back to days of secrecy and oppression, and the continual use of them in the media is not only a lazy refusal to promote understanding and acceptance of LGBTQ+ identities in ever-widening audiences, but can even actively foster bigoted perceptions and the very structures that necessitated the use of codes in the first place.