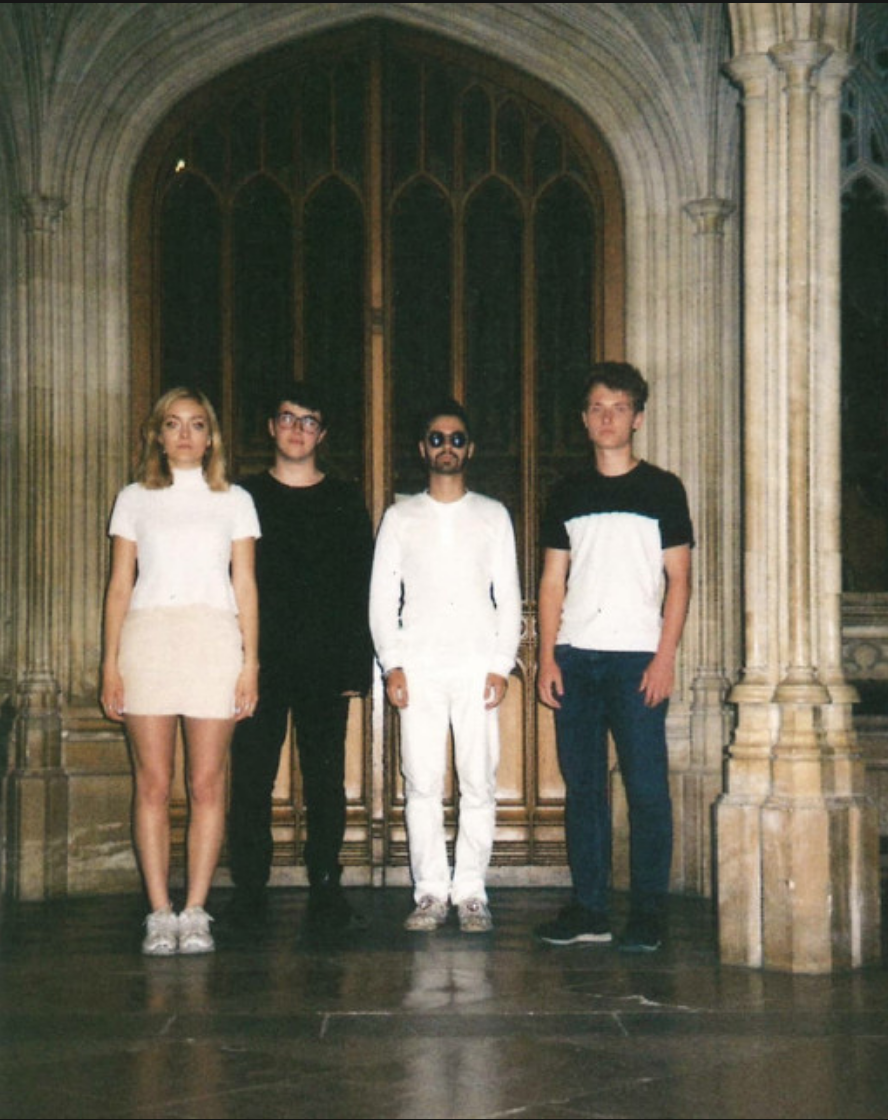 Ahead of their recently-announced headline gig at the glamorous Freud bar on the 20th of February, I caught up with the student band Still Pigeon, who reveal the stories behind their latest lyrics and enigmatic band name. Their glistening and fresh take on R&B opened some big doors for them last year. With two Spotify singles released and a string of live shows in Oxford and London under their belt, the five-piece outfit from St Catherine’s college are set to bring their unique fusion sound to even more stages and festivals throughout 2019.

How would you describe your sound, for those who are yet to get acquainted with Still Pigeon?

How did the band form?

Harry: Danny, Will and I started jamming together half-way through first year.
Will: We did some music nights – but not under the name of Still Pigeon. Initially it was ‘Will Bennett and co’. Then it became ‘The XXX’ (which was very short-lived!).
Danny: Then we added Millie and Jonny at the start of third year.
Jonny: They asked me at the start of my third year if I wanted to join, and but I replied ‘I’m busy with finals’. And then I was lamenting about it whilst really drunk one day after exams and they were like ‘you can still join!!’ And so I was like ‘aw yes!’

Had any of you done any music stuff before Still Pigeon?

Danny: I’m a music student, but I’d never done anything in rock music.
Will: I’ve been in an indie rock band, which does influence my drums especially.
Millie: I had a YouTube channel…but I don’t think I’ll be sharing that one!

Congrats on your latest Spotify debut! What inspired the lyrics behind your latest single, ‘Caught me?’

Will: So, first Harry had a chord and a melody. I always write lyrics on my phone and just save them as notes, and then when these melodies come about, I kinda see which lyrics fit them best. I wrote the lyrics to that song so quickly…within an hour. I can’t even remember what they were about…!
Millie: We do sometimes joke about it because Will comes up with these really deep meaningful lyrics, and when we ask ‘Will where’s this come from?’ he’s like ‘Ah I just kinda like saw a girl on a night out…
Danny: …she smiled at me once, now got a single!

Oxford’s a really great music scene for getting started but… there isn’t a lot of venues in Oxford that people go to because they trust the venue or they trust the promoter.

Having played a headline slot at a gig in London last term, what do you think of the Oxford music scene in comparison? Are the venues here providing enough opportunities for emerging artists? Or do you feel that there’s a pressure to integrate into the London music scene?

Jonny: I’ve played in big bands and funk bands who do Oxford balls, cos there are so many balls—gigs—to play at…but ultimately everyone there just wants to get fucked. There’s a lot of bands that do satisfy that niche. It’s my first time being in an original indie band in Oxford…and it’s alright!
Danny: There’s some cool venues around, and we’re doing the Freud gig which will be a different vibe as well. But I guess eventually the plan is to break into London as well, hopefully next year when most of us will have left uni.
Harry: Oxford’s a really great music scene for getting started but the only issue is, in terms of venues and promotion labels, there isn’t a lot of venues in Oxford that people go to because they trust the venue or they trust the promoter. So there’s lots of great venues, space-wise, which you can inhabit and bring your own crowd, but there’s not really a go-to place for getting exposed to people who are interested in new music.

What’s been your favourite gig/ venue so far?

Will: I think we really like the Bullingdon because of the size. Like Harry was saying, the best gigs are generally the result of us promoting ourselves quite relentlessly, rather than people coming because of the night, which is the issue we tend to face. But Bully’s a great venue—it was where we played our first gig as a full band. And that was one of the best gigs we’ve played, for sure. Just seeing all these songs come together and with the crowd…it was really good.

If you were to curate a Still Pigeon festival, who would you have on the line up?

Harry: Frank [Ocean] would probably have a slot.
Danny: Yeah he might be on the third stage or something.
Will: I think a lot of us love Rex Orange County as well.
Harry: Daniel Caesar, I would love to see him play there.
Danny: Bit of Noname.
Harry: Arctic Monkeys probably!!!
Jonny: For selfish reasons, Vulfpeck!

What can we expect from Still Pigeon in 2019?

Millie: Big things.
Harry: Our next thing that we’re going to try and release is an EP. We’re going to start recording that over the next few months and get our first nice little nugget.
Danny: We’ve already written quite a lot of original material but we just haven’t recorded it for various reasons, so still working on getting it out to a finished product.
Will: All the stuff we’ve recorded so far is with two microphones that Harry and I own, and it’s all produced by us as well, having never done any production before Still Pigeon! So it takes a long time. Hopefully, in the future we’ll be able to afford studios but gigs aren’t that well-paid in Oxford so it’ll be a bit of a struggle.
Harry: Yeah we’ve been learning on the job, I didn’t really know what I was doing at first [with production] so hopefully we’ll get our production game up in the future.
Millie: We’ve also been working on some merchandise and getting a brand out there – we’re thinking about getting a full Still Pigeon website, where we advertise different gigs, merchandise, explain a little bit about ourselves – vlog style! We’ve already got a video from our London gig, which is pretty special [us wearing Still Pigeon masks!]
Jonny: That is something else isn’t it!

Where does the band name come from?

Harry: Frazer! One day he looked up and pointed at a tree, and said: ‘That’s a really Still Pigeon’. And I thought, ‘that’s a great band name’. We met this guy at a gig, it might have been Bully or the O2, and he was trying to work out what the name might mean. He came up with something amazing…but I can’t remember what he said! But yeah…the band name is meaningless.

We look forward to seeing the band play at Freud alongside other St Catz musicians, singer-songwriter Alex Caballero and DJ Duff. In the words of Still Pigeon, “Expect fresh beats and huge tunes.”