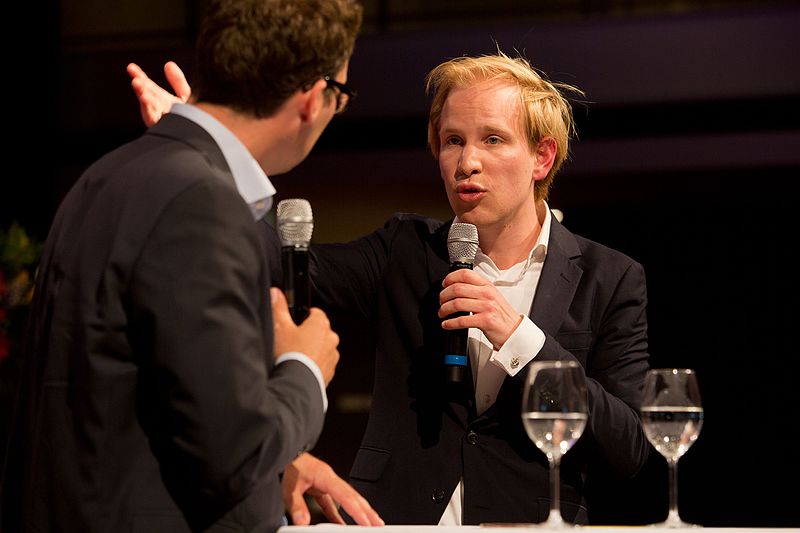 The World Economic Forum, held every year in Davos, Switzerland, usually passes without much notice as the world’s economic and political establishment goes about mingling together about how impactful their philanthropy really is and exactly how committed they are to “improving the state of the world” one of their many self-aggrandising mottoes. However, this year was slightly different (if only slightly). When the jet-setting attendees shuffled into a conference room for a panel on inequality, they probably thought this would be the perfect occasion for them to nonchalantly discuss how their charitable donations and “philanthropic efforts” had made a real “social impact” and receive a friendly pat on the back from the audience. What they got instead was a rather humiliating undressing at the hands of Rutger Bregman, a Dutch historian who wrote Utopia for Realists, which advocates for a shortened working week, universal basic income and the removal of state borders; and Winnie Byanyima, the Executive Director of Oxfam, in a video that soon after went viral.

“Ten years ago, the World Economic Forum asked what must industry do to prevent a wide social backlash. The answer is very simple. Just stop talking about philanthropy and start talking about taxes…taxes, taxes, taxes”. These words are not mine but Rutger Bregman’s as he lobbed a tax grenade into the debate in inequality, while many “thought leaders” sat intently in the audience. Aside from the incongruence of talking about tax avoidance in a place like Davos, Bregman raised an eminently salient point about where leading entrepreneurs should focus their efforts. Indeed, those who religiously sojourn at the sun kissed slopes of Davos every January seem to take immense pride in the position that their businesses are tied to their own respective local communities through acts of philanthropy and via the employment of local workers. However, they tend to wince at any discussion of the destructive impact of widespread tax avoidance on those very same communities. In fact, a tax avoidance panel at the 2019 World Economic Forum only drew 15 people at a conference of some 2500 business leaders. So, isn’t this where the change has to come? I don’t think we can continue to avoid speaking about the influence of tax evasion on local communities by allowing business leaders to hijack the debate with their – however impressive – charitable schemes. It’s time to demand of the 1% that they pay their dues.

“Bregman and Byanyima took their invitation with open hands and chose to speak truth to power at the very heart of our privileged institutions.”

But it doesn’t end there. Not only was there a rogue Dutch historian in the building speaking truth to power, the even more impressive Winnie Byanyima took to the stage and provided a devastating critique of the current, flawed “business model”; a business model in which the wealth of billionaires increased by $2.5 billion a day in 2018 whilst, at the same time, workers working in clothes manufacturing in Bangladesh earn a total of four dollars a day with which they are expected to feed both themselves and their family. So, not only are we faced with a governing class attempting to shroud their tax avoidance with no shortage of braggadocio by engaging in limited philanthropic endeavours, we also have Byanyima providing a lucid prognosis of a broken global economic system…at the Davos World Economic Forum no less.

Therein lays the principal take home from what happened at Davos in January 2019. Bregman and Byanyima took their invitation with open hands and chose to speak truth to power at the very heart of our privileged institutions. It would have been very easy for them to reject the opportunity on the grounds that they wouldn’t be listened to, but in not doing so they fashioned themselves an even greater platform, going viral on social media. By venturing outside their comfort zone and also by continuing to do the great work they do on a daily basis, Bregman and Byanyima are on the way to “changing the state of the world” much more substantively than the jet-setters of Davos could dream of doing. One can only hope that the World Economic Forum deems it fit to invite them both back in coming years.

Debate: Christianity is dead in this city

I’m not a feminist, and it is not my job to be one