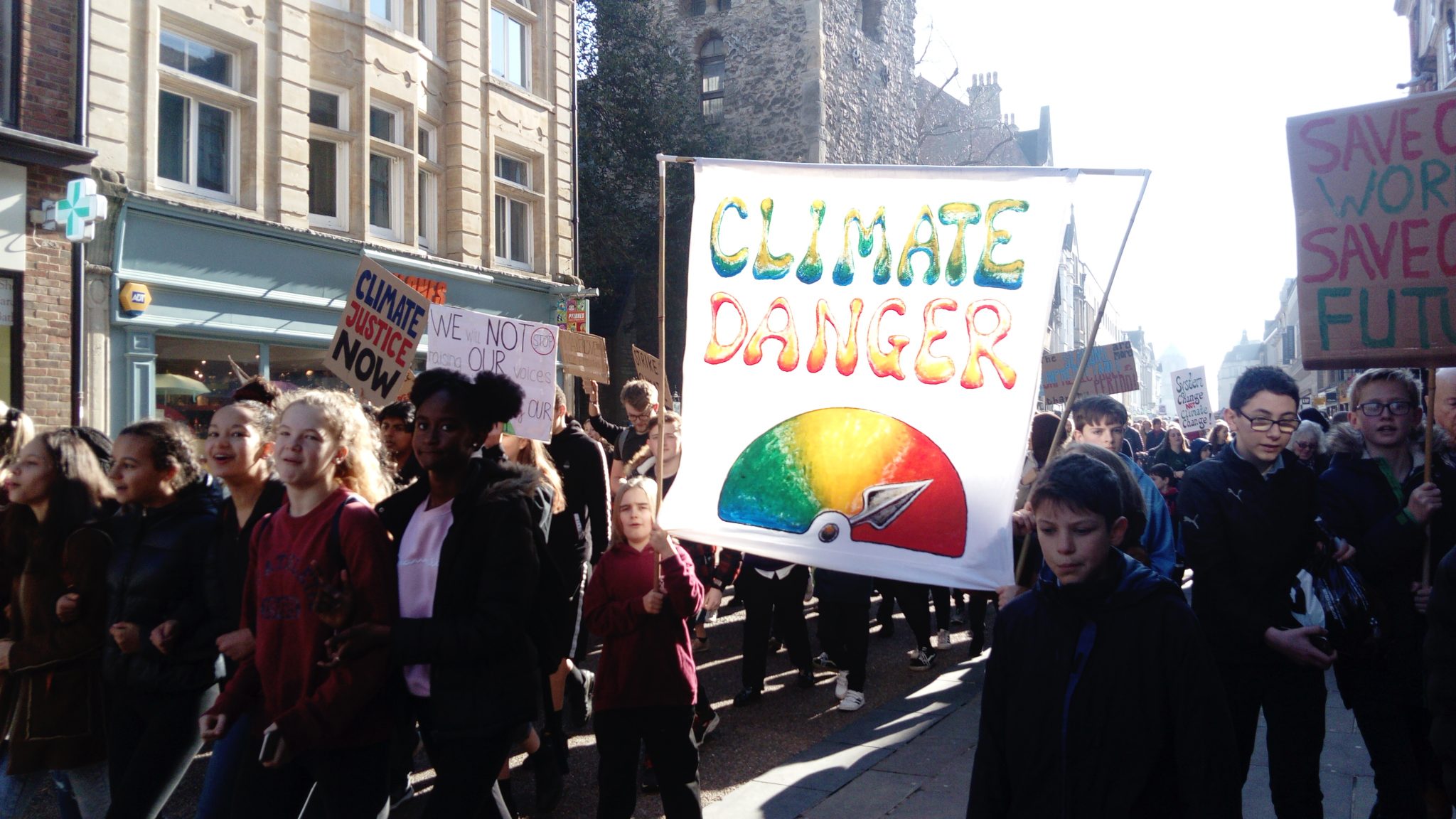 It is estimated that between 1000-1500 young people marched through Oxford’s streets to demand more action be taken against climate change. The rally was a part of a series of demonstrations that have taken place up and down the country as part of the ‘Youth Strike 4 climate’ movement.

Climate change has become an increasingly prominent political issue in recent years. Leaflets distributed at the demonstration highlighted the fact that ‘over 200 species go extinct every day’ and that ‘10% of the world’s population will be climate refugees by 2050’.

Speakers at the demonstration included local MP Layla Moran and “BP or not BP” climate activist Danny Chivers. Young people also took it in turns to speak, with some reading poems they had written to express their concern over climate change. Chants included ‘1,2,3, there is no planet B!’, ‘hey, ho, climate change has got to go!’ and ‘no more coal, no more oil, keep your carbon in the soil!’.

It was also apparent that some young people viewed attending this demonstration as a way of having a voice, with one person, when asked why they attended the demonstration today, saying ‘I’m 17. I can’t vote. I want to make my political voice heard’. 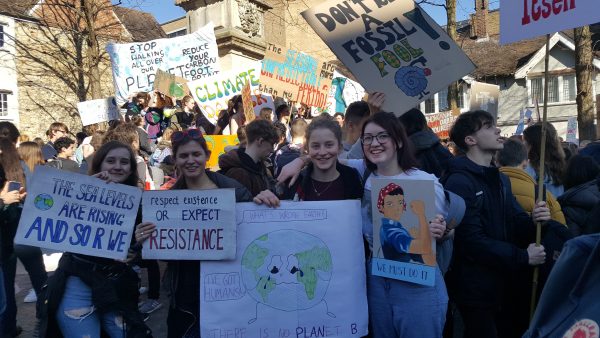 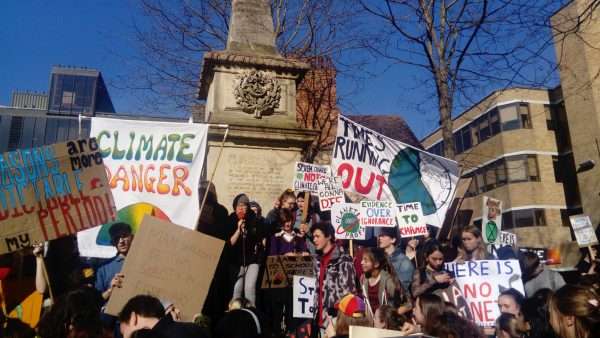 The demonstration will be seen by many as hope that change will come in terms of action against climate change. George Monbiot, Guardian Columnist, spoke to The Oxford Student, describing the Youth Strike 4 Climate movement as ‘the most inspiring and hopeful thing I’ve seen in 30 years of campaigning. It fills me with hope that we can tackle this existential crisis that my generation and previous generations have neglected so badly’.

Another Youth Strike 4 Climate demonstration is being held in Oxford on Friday 15th March 2019 in Bonn Square at 11am-2pm.