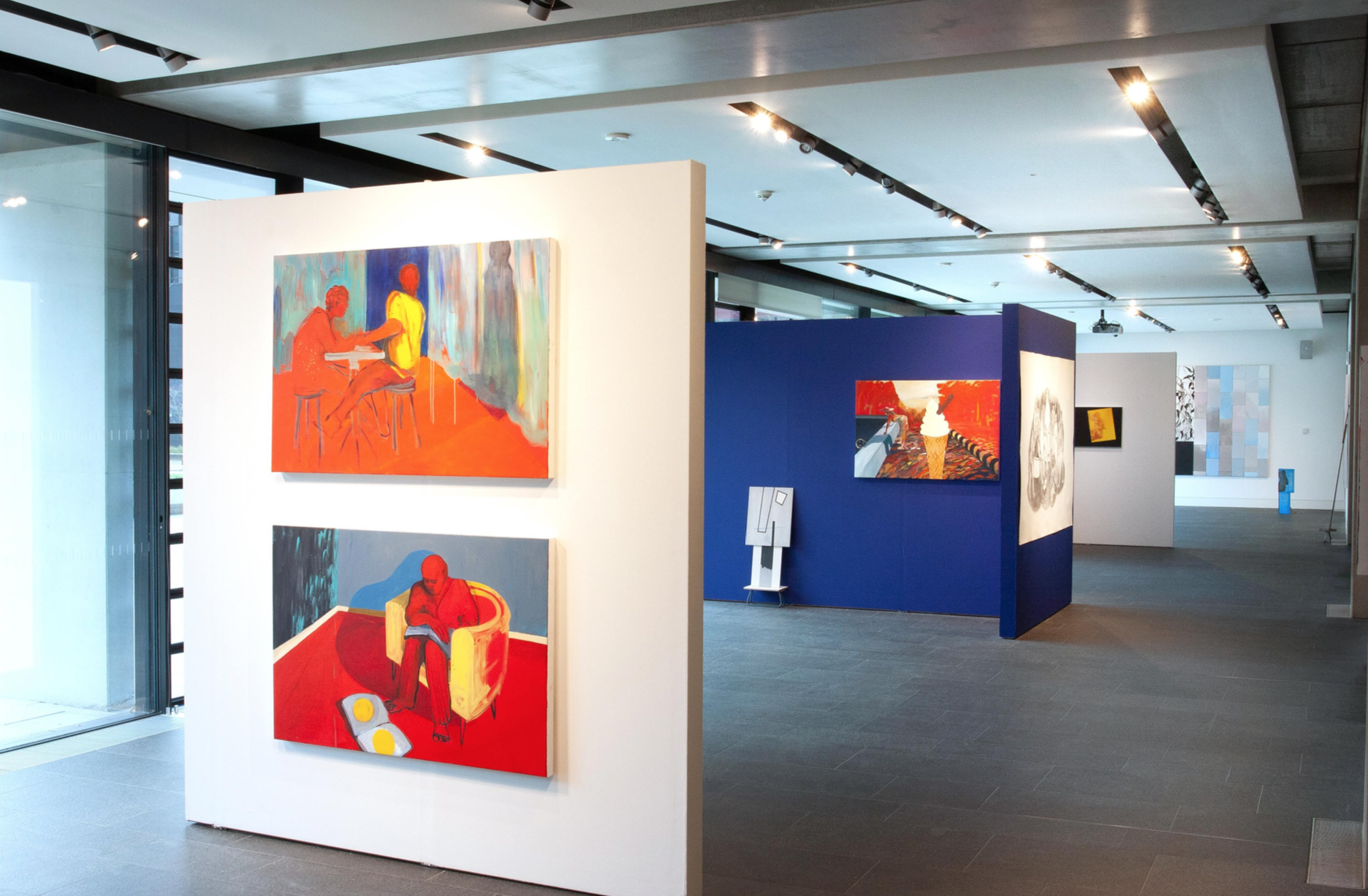 Review of Blue Screen at the Glass Tank

In the continuing quest for novelty, two artists, Jan Crombie and Luke Skiffington, have struck upon a new seam of inventiveness. It’s a bit like culinary deconstruction, but with paint instead of food. The title of the exhibition, Blue Screen, refers to the technique of using a blue background that subjects are filmed against, which can later be changed, placing the subjects anywhere. This technology has existed since the early twentieth century and vividly encapsulates film as an adaptable medium that offers immense possibility. Paintings, in contrast, might seem a limited, even outdated form of creative expression. This exhibition goes some way in disproving that, highlighting the often fraught relationship between our lives and tradition along with rapid changes in technology and our environment, to reveal that painting can still capture contemporary life and problems in ways that are moving despite being static.

Skiffington’s paintings on birch ply propped up on a stand are effective in conjuring the idea of a screen as a blank canvas with potential. Highly mobile, these paintings could be set up anywhere and transform their surroundings. Inversely, the viewer standing in front of the painting becomes a part of it, adding themselves to the artwork in a similar way to what blue screen technology allows. His works reveal how the screen can be both an abstract field on which anything could happen and a window in to what is happening. This is particularly effective in ‘Wall of windows (Interlude)’. Numerous panels coloured with varying shades of sky seem to contain a multitude of realities beyond what is captured; in the middle of these panels are some that offer a glimpse at the natural world beyond. 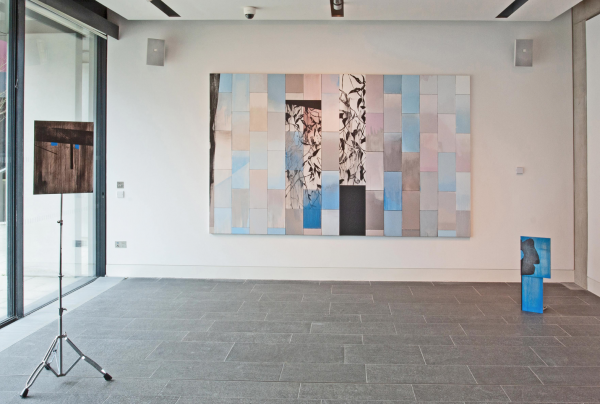 A recurring image in Crombie’s paintings is a half-formed figure. The face is simply a circle, with eyes and a mouth dotted in, yet it is hugely expressive, juxtaposed with the rest of the scene, which is painted boldly in vivid colour. The abstract figure next to a more fleshed out one ends up looking more emotive, as if all that the figure can contain is emotion because of its simplicity. A woman wades through a swamp, her features clearly defined, but it is the face of the baby on her back that catches the eye. The face could be an emoji, for all the nuance it contains, yet because of this it simply conveys feeling without pretension. 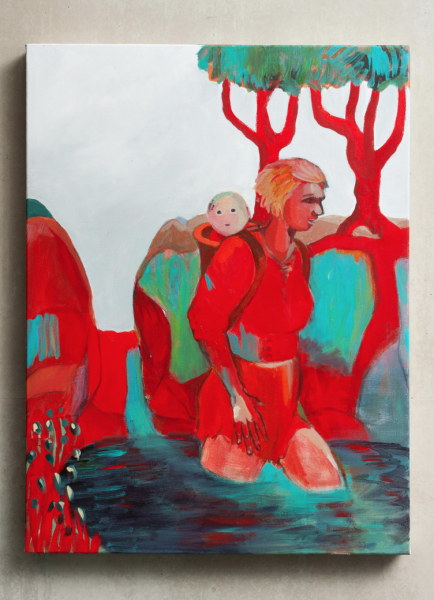 The exhibition describes itself as a conversation through painting between the two artists, though it often seems a rather ineffective communication, with neither artist completely collaborating. However, amidst paintings that feel individualistic, you encounter a sudden pairing where they are on the same wavelength. These disjointed and ultimately self-centred efforts suddenly intersect on the same point, but still from a different perspective, akin to the reality of many conversations. Crombie’s ‘The woman with the Necklace’ is placed next to Skiffington’s ‘Doppelganger’, conveying a keen sense of how much a figure can change depending on its surroundings and how it is presented. In Crombie’s work the background is painted energetically, and although the figure of the woman is clear, it is the background and her necklace that take centre-stage. In Skiffington’s the woman is merely a silhouette, not necessarily a woman or even a person at all, yet against a pale background it is wholly absorbing. The works are a pertinent reminder of how our surroundings can affect our perspective. 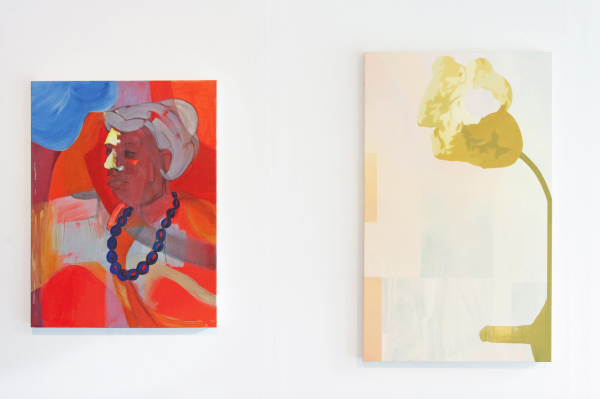 In a time when the potential of technology seems almost limitless, these works serve as engaging reminders that paintings can be as adaptable and emotive as film. When everything is about screens, paint provides another dimension. Blue was the ultimate colour for Yves Klein, sometimes overlooked by contemporary artists. With Blue Screen, the artists are bringing art back to the experimental Sixties while giving the current world of flat, glassy surfaces something textural to think about.