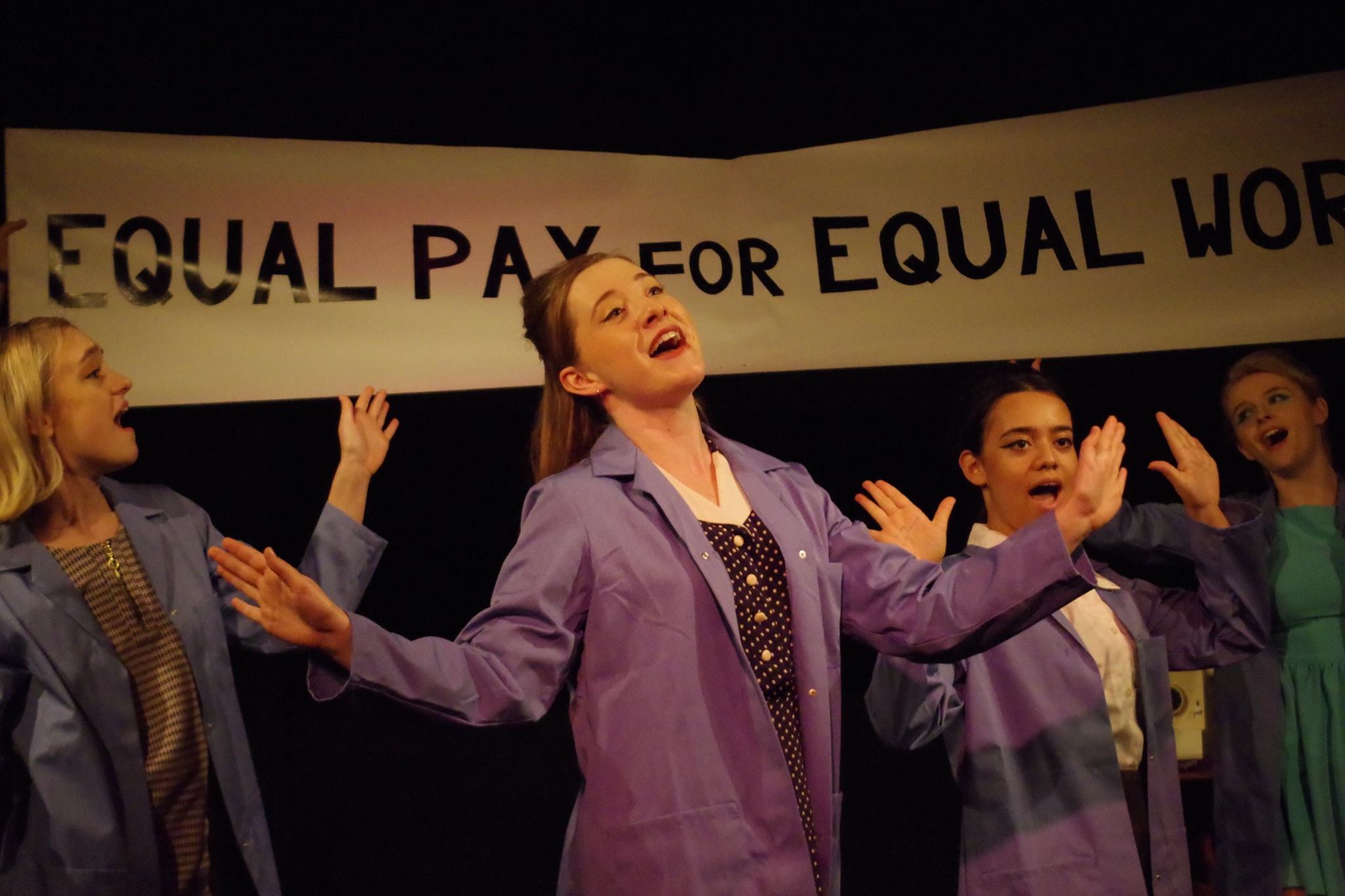 This should have been an excellent production. The sets were wonderful, the costumes spectacular and the cast gave it their all. But we just couldn’t hear them for most of the performance. In the first scene, I hoped it was a glitch that would be fixed but when the problem persisted into the second half, I realised that this wasn’t something that was going to be fixed on the first night. Throughout the performance, we could generally hear cast members when they were speaking (though there were a few moments when mics failed people) and during chorus numbers you could just about make out the words – but when any individual characters sang, they were completely lost under the music. This was such a shame, because the bits that we could pick out sounded wonderful. I overheard two audience members talking in the interval about it, frustrated as they could see actors’ intention from their body language, but the full impact was lost with the sound. All in all, this meant that jokes were missed, emotional moments were lost and the musical just did not hit home as it should have.

That (relatively large) complaint out the way, the production should have been so wonderful. The musical is about female factory workers in Dagenham campaigning for equal pay. In the ‘me too’ era, the male-dominated world portrayed here felt particularly harsh.

Maddy Page in the lead role of Rita was a tour de force. She dominated the stage when need be, but melted in with the other girls perfectly in group scenes. She had wonderful chemistry with husband Eddie (played by Eoghan McNelis), most memorably in one particularly poignant scene when she reads a letter from him. McNelis too played the frustrated, abandoned husband well and I was rooting for them throughout the performance.

The entire cast had enthusiasm and boundless energy – they worked well together in various group numbers and no one on stage left their roles at any point. This helped to make the musical come together and the choreography was seamless. For the most part, accents felt wonderfully authentic. The costumes were beautiful and the set looked amazing. This, and the cast’s endless energy, meant that musical numbers looked fantastic – I suspect that they will sound fantastic as well, once the sound issues are resolved.

The supporting cast were all excellent, but special mention goes to Ella Tournes as Barbara Castle and Isabella Gilpin as Connie O’Reilly. Tournes as Barbara was effortlessly fierce and tore down the men around her. Her dynamic with the Prime Minister was particularly enjoyable. Connie felt like a very central part of the play – her lifelong advocacy and frustration was refreshing to watch and it very much felt like Rita was carrying on Connie’s fight.

Despite the technical issues, I would urge you to see this play. I left feeling uplifted, empowered and emboldened by the strong women I had seen on the stage. I was not quite as invested as I would have been had I been able to hear everything, but this opening night felt more like a sneak peak at just what this musical could have been – and it has the potential to be very good indeed.