Warning: mysqli_query(): (HY000/1030): Got error 28 from storage engine in /home/oxfordst/public_html/wp-includes/wp-db.php on line 2007
 An 'uncomfortable tour' of colonial Oxford – The Oxford Student
Skip to content 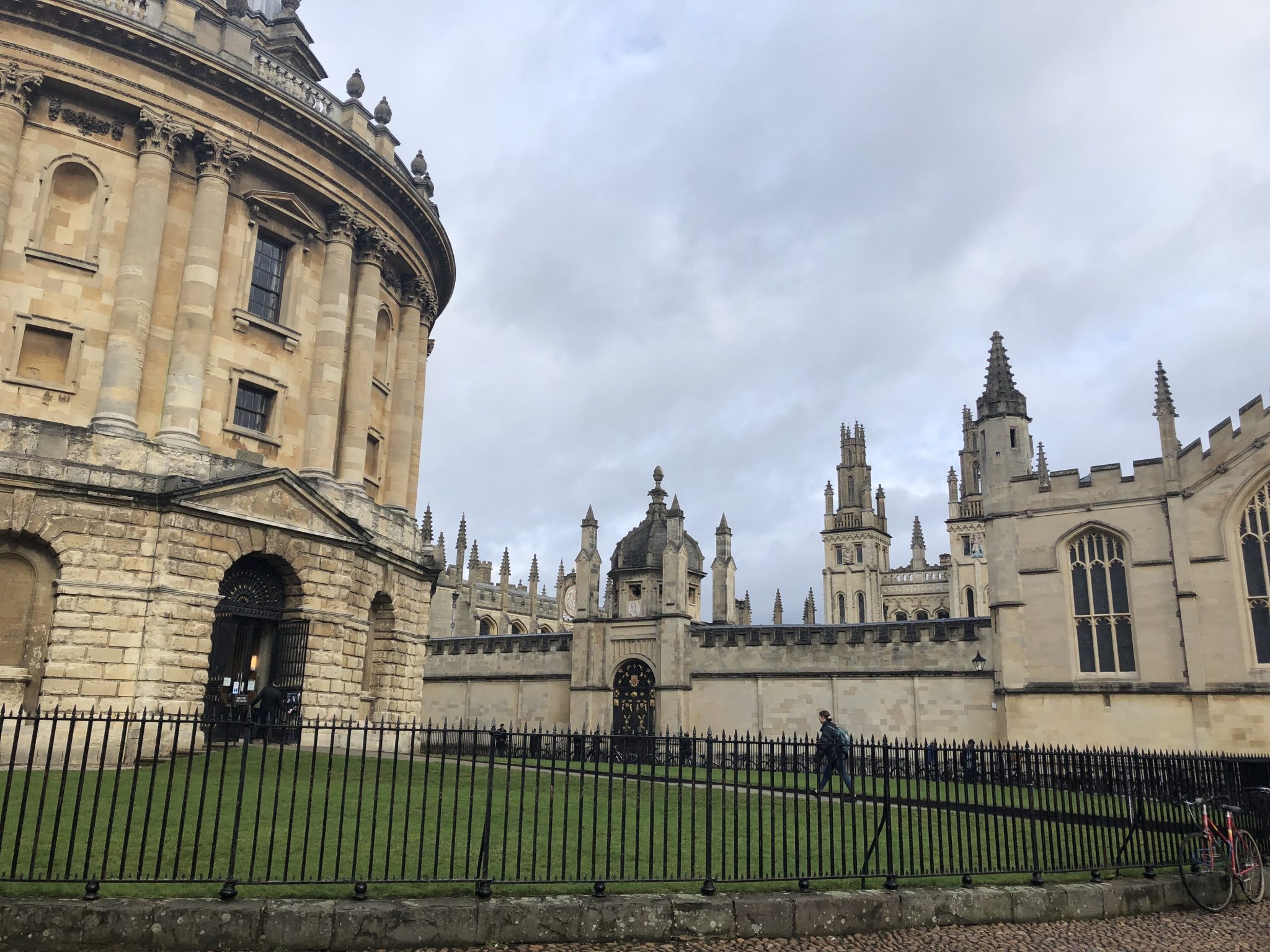 Oxford is well-known for its problematic past – the oldest English-speaking university has had its share of controversies throughout its long history. But the precise nature of these controversies is often buried deep, and most students know little more than the fact that the university has some sort of dark past.

However, the lack of knowledge from students does not necessarily represent their complacency – perhaps, rather, this is a symptom of the lack of accessibility of information on Oxford’s past. So then, it was not surprising that the ‘Uncomfortable Tour’ of Oxford proved very popular, with tickets selling out weeks before the event.

The tour started at Carfax tower, with a discussion on the Town vs Gown Riots in 1355, in which a riot was started in a dispute between two students and a bar owner, which resulted in the deaths of 63 students and 30 towns-people after the proclamation by the two students that their drinks were of inferior quality.

… this part of the tour was not all negative, with a revelation from our tour guide that Malcolm X had previously come to speak at the Union.

Obviously an atrocity on behalf of the university, and obviously an important part of the history of the town, but the tour guide seemed to gloss over the fact that students died as well as locals, being very keen to emphasise the deaths of the townspeople instead. Maybe this was deliberate in an attempt to combat the uni-centric way in which these events are often put forward by those at the university, but it did feel a bit like the students listening to the tour guide were the ones being blamed.

A highlight of the tour was the discussion held outside the Oxford Union, in which we talked about some of the controversies that had been known to the Union. We discussed recent protests such as those for Marion Maréchal, and for Steve Bannon. Particularly prominent to the debate was the issue of free speech, and whether we should allow controversial speakers to come to the Union. Interestingly, the tour guide did not seem to take a position on this, instead allowing an open discussion between the group of us on the tour.

However, this part of the tour was not all negative, with a revelation from our tour guide that Malcolm X had previously come to speak at the Union. We were shown pictures from the archives of his visit, and we were told of a report which had come out just before he came to speak, which had shown that black students at the university were essentially being blocked from housing in Oxford.

A treasurer at the Union, who was one of the students heavily involved in the invitation of Malcolm X, was a Rhodes Scholar and one of the first few black students at Oxford after it was opened up to non-white, Anglican people in 1871. We were told of how he had proclaimed that he “wanted to fill the chamber with blacks”. This part of the tour served to show us that not all of Oxford’s history was negative, and that sometimes students at the university even helped pave the way for equality.

… the self-selection of people attending meant that the people who really needed to hear about the dark history of Oxford were not those on the tour.

The tour drew near its end on the High Street, as we were positioned to face the Rhodes statue which overlooks Oriel. We held a discussion on the controversies behind keeping the statue up, and the influence that money and rich alumni had on the university. Several students on the tour were also Rhodes scholars, and it was interesting to talk with them about how important the title of the scholarship was for them.

The tour had an overall important message, but the self-selection of people attending meant that the people who really needed to hear about the dark history of Oxford were not those on the tour. It should certainly, however, encourage an increase in accessibility of the information that this tour provided. With more people learning about Oxford’s dark history, we can be ever more optimistic that the knowledge of this will be shared, and perhaps the student body will become more understanding of the university’s past.

Whilst the solemn atmosphere was potentially not the most fun way to spend my Saturday, it was nevertheless a rewarding experience, and one which I hope more people will have the opportunity to take part in.