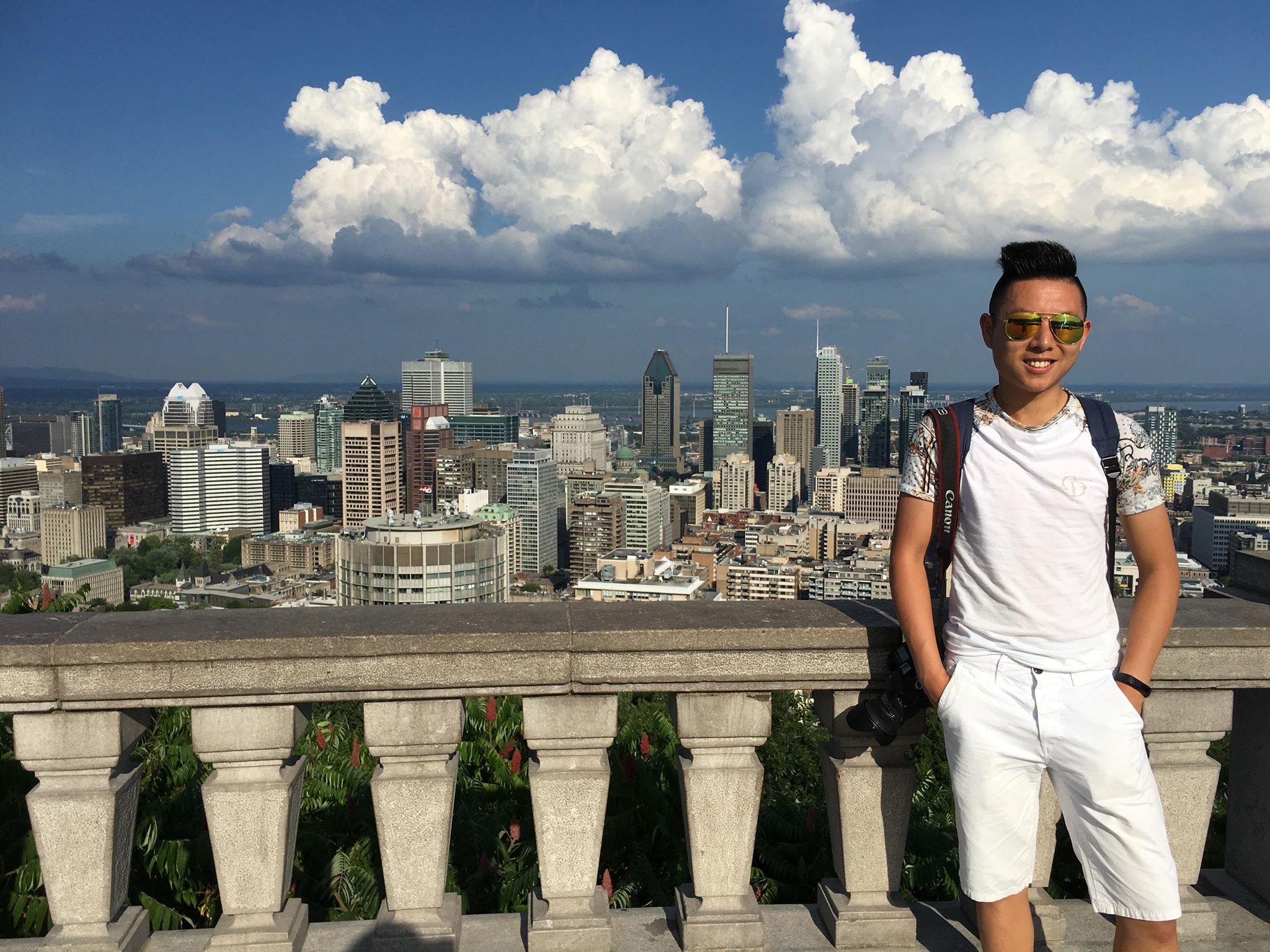 A mere 3.8% of the 159 modern linguists in my year are Asian. 87% are white. 70% are female. If my A-level Maths serves me correctly, there are approximately 1.8 Asian males in third year reading Modern Languages.

I am one of them. Who knows what happened to the other 0.8 – I think I ought to have noticed an armless Asian guy in my lectures at least once.

Being the only male in the Taylorian’s main hall is a regular occurrence. Being the only Asian male in there is a given. Yet never do I feel out of place in Oxford, owing to the fact that I am still in my home country where Asians are the largest minority group. Nor do I feel that more ethnic inclusivity in my course (French and Spanish) is particularly necessary. What the lack of diversity does, however, is limit the amount of useful information available to BAME students who are deciding on which countries to live in during their Year Abroad. Whether we like to admit it or not, racism is prevalent across the globe, and BAME students would be naïve not to take this into consideration.

The university, somewhat understandably, provides little to no information about racial discrimination in popular Year Abroad destinations for French and Spanish, perhaps due to the fact that 87% of its students will be part of the ethnic majority wherever they go. A (white) friend of mine will be moving to Argentina this month, where whites and mestizos (half white, half Native American) constitute 97% of the population; Asians, by contrast, a mere 0.5%. This percentage of Asians is still infinitely higher than the rather depressing 0% found in Colombia, Chile, Uruguay, Paraguay and Bolivia. #LivingLikeALocal is not so possible when locals like me do not even exist. Thus, despite my interest in South America for the Spanish side of my Year Abroad, was I prepared to be even more of an ethnic minority in these countries than in my Oxford lectures? Was I prepared to always be seen as a foreigner purely because of my race? Was I prepared to potentially face racial abuse for the first time in my adult life? My answer to all three questions was no. By contrast, most students needn’t even ask themselves these questions; a consideration of the likelihood of racial discrimination may never cross their mind.

I wanted to find a city into whose society I could fully integrate myself – a city in which I could truly feel at home.

Searching closer to home therefore, it was inevitable that Paris cropped up time and time again. A Year Abroad in Paris is a romantic thought – a rose-tinted vision of a French utopia where all your fanciful fairy tales come true along the Seine under the sparkling lights of the Eiffel Tower. How cute. Despite its long history of Asian immigration however, Paris has never struck me as a well-integrated city. I thus wanted to find a more racially-integrated society whose ethnic minorities have not been pushed to the periphery, as evidenced by the infamous Parisian banlieues. I wanted to find a city in a country renowned for its friendliness, not a city notorious for its ill-natured treatment of foreign visitors. In essence, much like during my failed search for a suitable South American country, I wanted to find a city into whose society I could fully integrate myself – a city in which I could truly feel at home.

Montreal is certainly not the first city that comes to mind when considering destinations for the French side of a Year Abroad, but it is actually the second-largest primarily French-speaking city in the world, after Paris. What sets it apart from Paris, however, is that it felt as much of a cosmopolitan metropolis as New York, as well-integrated as London, and as friendly and welcoming as my home city of Liverpool.

In this bilingual Canadian city, baristas and shop assistants greet you with ‘Bonjour hi’, giving you the choice to reply in French or English; naturally, I chose French. In France, the choice is often made for me when certain assumptions are made that result in English being spoken to me. They are then surprised when I respond in fluent French. In Montreal, with a very visible 14.5% of the Canadian population being Asian compared to just 1.7% in France, no such assumptions were made, there was no reaction of surprise, and it was therefore incredibly easy to feel like a Francophone local. It seemed that there were no minority groups at all – all ethnicities could be seen in almost equal quantity. For the first time in my life, whites were not visibly the dominant group. Eventually, Montreal’s rich diversity allowed me to forget what it felt like to stand out of the crowd in a foreign Western society.

As the most conspicuous person on the street, I am constantly reminded that I do not belong here…

That was until I arrived in the homogenous land of Andorra. It is a stunning paradise hidden in the Pyrenees mountains, and with French and Spanish widely spoken, there is no other country in the world more suitable for my language studies. It comes as no surprise, however, that statistics for the percentage of Asians in the country are impossible to come by; after all, I often feel like the only Asian in the land. Of course people stare; of course some children greet me with ‘Konnichiwa’ and proceed to bow; of course they stretch their eyes into slits in front of me; of course they tug at their parent’s sleeve and say ‘Mira, ¡un chino!’ (‘Look, a Chinese!) when they catch sight of me. All of the above is the typical treatment I dreaded and wished to avoid on my Year Abroad, and representative of the way in which many ethnic minorities are treated across the world. 87% of my Modern Languages cohort would never have experienced and perhaps never will experience such treatment.

In Montreal, complete integration and a profound sense of belonging dispelled any feelings of homesickness. Here in Andorra, where such integration is impossible, my constant desire to return home to the UK is offset only by a ridiculously high salary and the opportunities for language practice. As the most conspicuous person on the street, I am constantly reminded that I do not belong here, thus providing a stark reminder that my life is still very much in the UK. In spite of the self-inflicted pressure I feel to spend 100% of my Year Abroad actually abroad, going home from time to time has been both immeasurably beneficial and necessary. Homesickness hits hardest when home wants you back and when you, equally, wish to return. When in Oxford, home is one place – your home town. On a Year Abroad, home becomes two places – both Oxford and your home town – thereby exacerbating your feelings of homesickness twofold. When both homes are missing you and you are missing them, but you are obliged to stay away, you start to question why you chose to inflict this pain on yourself in the first place. Embarking on a Year Abroad therefore requires you to sacrifice crucial time that could be spent with family or with friends who are continuing their journey in Oxford without you – sacrifices that have made me miss my two homes more than ever before.

My Year Abroad will, nonetheless, have a happy ending. A Year Abroad grants a significant amount of free time to pursue interests away from studying and to travel to countries in which the languages of my degree are not even spoken. Being content with my linguistic progress over my many months away and having already spent more than the minimum time abroad Oxford requires, I will be travelling to Japan, Singapore and Los Angeles after my contract in Andorra expires. Perhaps in these societies where Asians actually exist will #LivingLikeALocal be more feasible for me. Ultimately, it is simply the sad reality of my life that Asians abroad in the French and Spanish world have to be particularly careful about where they tread. Unique havens can be found, such as Montreal, but even large, multiracial cities such as Paris can be deceiving. Andorra is just another country to add to the list of places I have visited in which Asians do not belong. How facile it must be to be amongst the 87% of students who fit seamlessly into their Year Abroad destinations – their language ability being the only restraining factor, not their race. At least whenever I return to the UK, I appreciate its diversity and home comforts more and more, and never again will I complain about the lack of Asian modern linguists at Oxford – 3.8% is still infinitely more than zero.