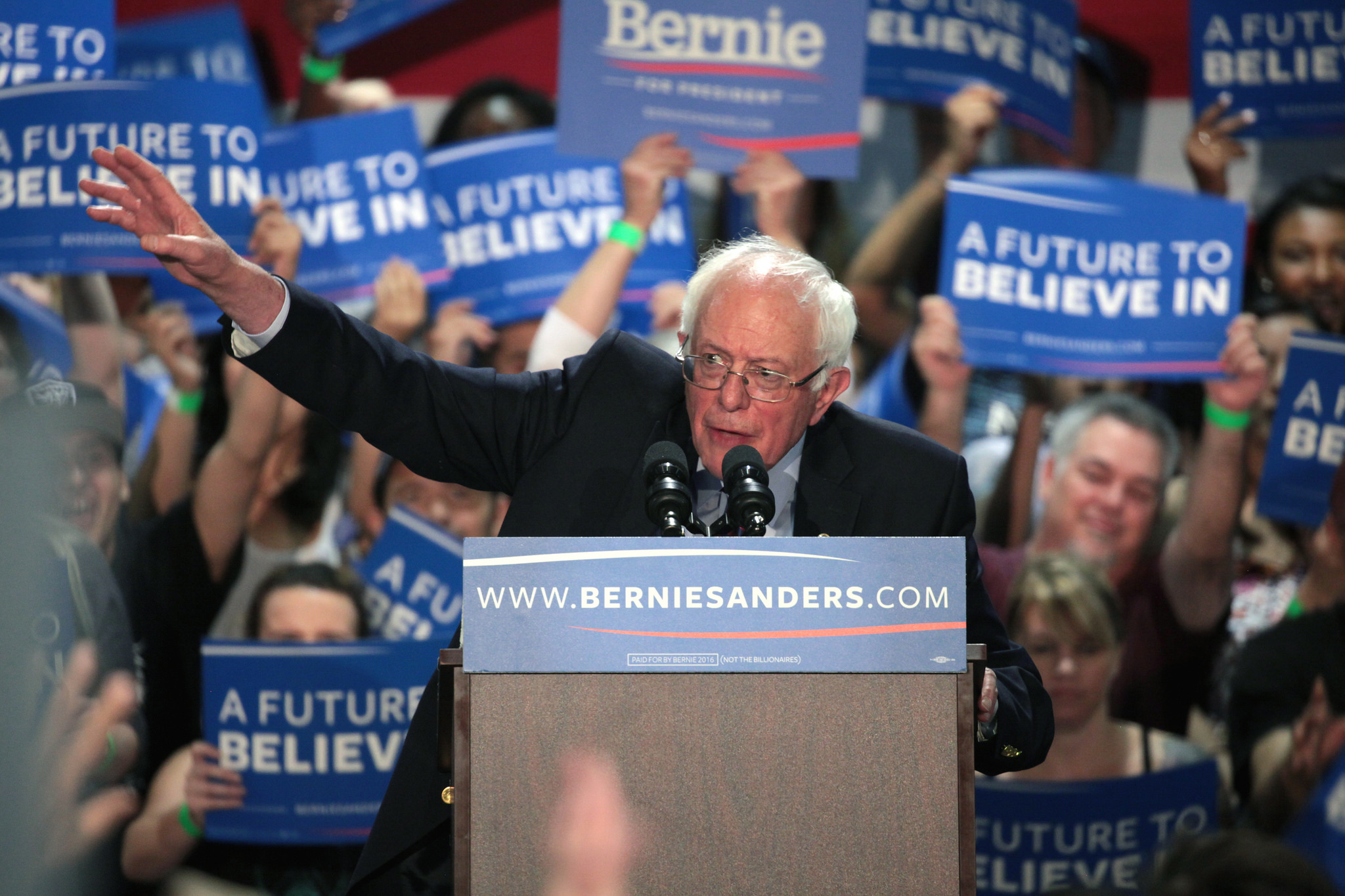 One thing must be said before any discussion of the 2020 US presidential election can be entered into: it is not just about defeating Trump. It is also about rebuilding a nation in decline. Given this, Democratic hopefuls for 2020 must not only prove they can defeat one of the most ineffective and unpopular presidents in modern history, they must also show they will stand up to the powerful special interests that have bought massive influence in the US government at every level, through the legalised bribery, in the form of unlimited financial support for political campaigns, that has been stifling American democracy since Reagan. And the candidate we can most rely on to do this is Bernie Sanders.

The US is a country of almost dystopian levels of inequality. A Princeton study in 2014 found that the US functions effectively as an oligarchy (as opposed to a democracy), where public policy is unrelated to public opinion and is instead in lockstep with the desires of wealthy political donors. Only a president willing to challenge this and campaign for the reforms needed to rebalance the economy and restore true representative democracy will be able to change America’s direction, and coincidentally, this would also be the best strategy to land Trump a thumping defeat.

“An uninspiring hangover of the 1990s, endorsing Klobuchar would scream to working Americans that the Democrats have no understanding of their concerns and needs.”

A progressive Democrat like Bernie, who rejects big money donations and the support of super-PACs (officially unaffiliated campaigns for candidates into which billions of dollars can be poured to fund advertisements), would not only be best placed to govern the US for ordinary people, but would also neutralise a key Trump campaign weapon. The veneer that Trump created for himself of representing the unpolished (white) working-class and of being their champion against an entrenched, corrupt establishment is widely considered to have been the key factor that swung the vote in Trump’s favour in the formerly-industrialised, Rust Belt states. Whether this is true, and the 2016 election was not just the result of low turnout for Democrats, there can be no doubt that voters in these former powerhouses of the American dream would flock to an unashamed New Deal Democrat in larger numbers than they did to the platitudinous, uninspiring campaign of Hillary Clinton in 2016.

Nominating a right-wing candidate like Amy Klobuchar, by contrast, who touts her “pragmatic” approach to issues like healthcare (which simply means she does not support free universal healthcare), is the worst possible path for the Democrats to take. An uninspiring hangover of the 1990s, endorsing Klobuchar would scream to working Americans that the Democrats have no understanding of their concerns and needs, and risk a Trump re-election as potential Democratic voters in the Rust Belt see no reason to support such an uninspiring candidate that is more in touch with Wall Street than with them.

“It must be remembered that Bernie Sanders pioneered the greatest shift in US political debate since Ronald Reagan.”

Bernie also maintains an edge over fellow progressive Elizabeth Warren. Warren certainly deserves praise for her instrumental role in founding the Consumer Financial Protection Bureau that has returned billions to consumers from bank scams, as well as for her proposed wealth tax, and longstanding support for Medicare for All. She has also refused to accept donations from pharmaceutical companies. But incidents like her reneging on her accusation that the 2016 primaries were influenced in Hillary Clinton’s favour by party officials from the DNC (an accusation now supported by former DNC Chair Donna Brazile) are a warning sign to some that she is not as willing to challenge the party establishment.

It must be remembered that Bernie Sanders pioneered the greatest shift in US political debate since Ronald Reagan. Medicare for All and other policies have been gaining steam for decades, but Sanders’ campaign in 2016, with his consistent rhetoric about income and wealth inequality and the buying of politicians by the healthcare industry, has propelled such issues to the forefront of national conversation. Now some of the most centrist Democrats, like Kamala Harris and Kirsten Gillibrand are forced to pay lip service to ideas they have mocked or dodged talking about in clear terms for years.

Bernie Sanders is still the best placed candidate to defeat Trump and finish the “revolution” he started. He remains the most popular politician in the country, which he has been for some years now, and many of the criticisms levelled against him from political analysts haven’t got a leg to stand on. The most common is that he is too old. He is 77, but Trump is 72 and Joe Biden, often touted as a more acceptable alternative to Sanders, is 76. Sanders has also been criticised for remaining an Independent, rather than joining the Democrats officially, but second to the wide appeal of his policies, the ability to appear as an outsider who does not tow the party line in Washington is a key component of his popularity – particularly with independent voters, that favoured him massively over Clinton in the 2016 primaries. There is also no recent polling evidence of a lack of support for Sanders among ethnic minorities, a voting base which Clinton outperformed him on in the last Democratic nomination contest.

Both Sanders’ and Warren’s agendas will undoubtedly face fierce opposition from right-wing Blue Dog and New Democrat relics of the 1990’s during the campaign for the Democratic nomination. But Sanders is used to the fight. He is the best shot at beating Trump and restoring the party of Franklin Roosevelt to one he would recognise.