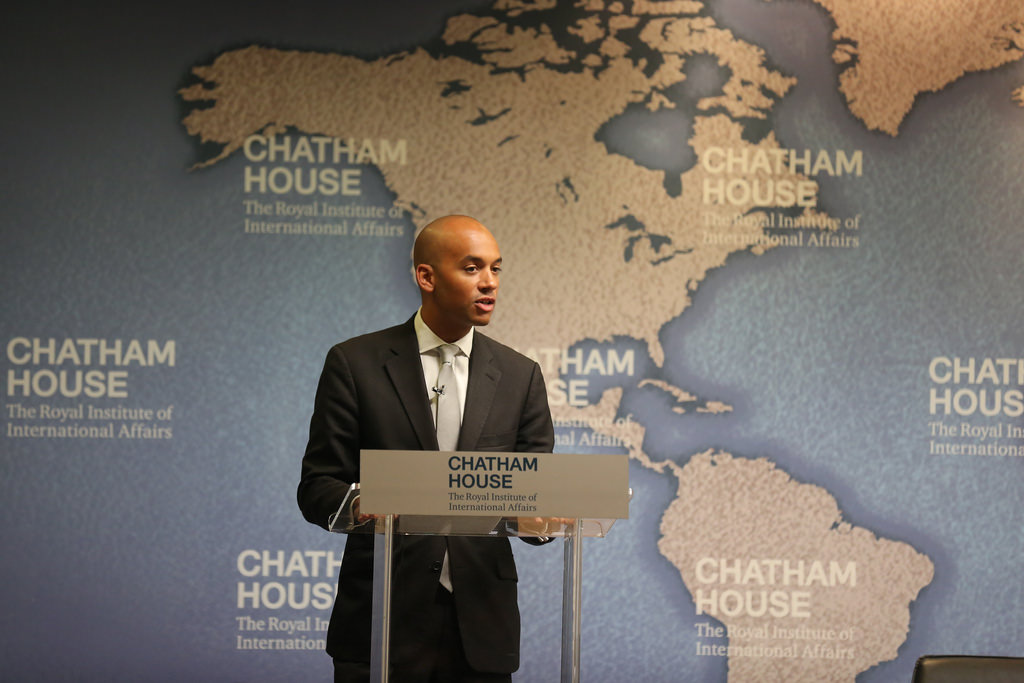 The Labour Party breakaway: what has happened and why?

Yesterday, seven Labour MPs — Chuka Umunna, Luciana Berger, Chris Leslie, Angela Smith, Mike Gapes, Gavin Shuker and Ann Coffey — announced their decision to resign from the party and sit together as a group of independent MPs, calling themselves “The Independent Group”. As of Wednesday, three Conservative MPs have also left to join the new group. Why have they done this, and why now?

Why did the Seven initially leave the Labour Party?

The Sevens’ motives can be broadly divided into ideological and personal issues. Ideologically, they say Labour is no longer a political party they identify with. All seven are ardent advocates of a second EU referendum, something the leadership has so far been resistant to. They are also at odds with the party infrastructure over its handling of claims of antisemitism, and with the leadership’s stance on NATO, Trident and economic policies such as the renationalisation of utilities. These MPs have never come to terms with the Corbyn project and have stated they do not think Corbyn should become prime minister.

If this is what they think, why have they only split now?

This is mainly to do with Brexit. The splitters all favour another EU referendum; over the past few weeks there has been a growing realisation that advocates of a People’s Vote cannot force the Labour leadership to back this option. The Labour leadership has instead laid out its demands regarding what changes to Theresa May’s Brexit deal are necessary to secure the party’s backing. This was arguably the last straw for these seven MPs.

There may also be non-ideological motives at play too. Under Labour Party rules, a local constituency party can trigger a vote of no confidence in their MP and begin a process of deselecting candidates they feel don’t represent them — preventing them from standing as a Labour MP in that seat in any future elections. Since the election of Jeremy Corbyn as Labour Party leader, the rank and file membership has swelled with leftwing activists, which may seek to remove centrist MPs who oppose Corbyn’s leadership and policies. Last week, a vote of no confidence was triggered in Luciana Berger; although it was withdrawn, it no doubt set alarm bells ringing for many. Unsurprisingly, Berger is among the seven who have split.

What led three Tory MPs to join the Group?

Heidi Allen, Anna Soubry and Sarah Wollaston have today resigned the Conservative Party whip to sit alongside the new Independent Group of MPs, who now number eleven. The three wrote a joint letter to Theresa May to inform the her of their decision, stating “the final straw for us has been this government’s disastrous handling of Brexit”. All three favour a second referendum, like their new colleagues who split from the Labour Party. However, this is not the only motive.

They blame a “shift to the right…exacerbated by blatant entryism” of hard right, Eurosceptic supporters. Although the three MPs all backed Theresa May’s leadership bid in 2016, they now find that the party has shifted too far to the right away from the ‘One Nation’ brand of conservatism they favour. In the Independent Group, they hope to find more like-minded people who believe in “British business, delivering good jobs, opportunity and prosperity for all, funding world class public services and tackling inequalities”.

Why have these MPs not formed a new party?

Thus far, these MPs operate under the name The Independent Group, but have not formed a new party. One reason for this may be that the Labour MPs had to show that their move was not an act of political vanity, and wished to stress their values and Labour heritage rather than immediately creating a new party. The group will meet again soon to decide their future. If the group wish to have any lasting impact, there is an imperative for them to maintain momentum. One obvious way to do this would be to solidify their group into a party.

In order for them to form a party they must first decide what they stand for. If they are to be a centrist party, there is the question of whether there is room for them alongside the Liberal Democrats. There would seem to be a need to form, at the very least, some sort of electoral alliance with the Liberal Democrats so as to avoid competing against one another for votes.

What are the historical precedents for splits like this?

The Conservative Party has not formally split since 1848 over the Corn Laws. The Labour Party, however, split more recently, in the 1980s, when four senior Labour figures quit to form the Social Democratic Party. They split for similar reasons — commitment to Europe, defence policy, and internal bullying problems at the time. Although the group has rejected comparisons with the SDP, the similarities are undeniable. The SDP fought the 1983 and 1987 General Elections before merging with the Liberal Party in 1988 to form the Social and Liberal Democrats.

The last time there was a Labour breakaway, and the Social Democratic Party was formed, only one Tory joined them. That three Conservatives have now joined the Independent Group, makes this feel less like a ‘Labour issue’ and one that will build greater cross-party consensus in the coming days and weeks. It will certainly spook Theresa May, who will look with concern to the likes of other centre-right, second referendum campaigners, some of whom are thought to be considering their position. The sight of three former Conservative MPs sitting on opposition benches behind Jeremy Corbyn will certainly give her plenty of food for thought. Although most expect further Labour resignations, do not be surprised to see the number of Tory defectors rise to half a dozen.

Are they bound to fail?

In a strictly electoral sense, yes. The first-past-the-post electoral system makes it acutely difficult for third parties to make headway in terms of winning parliamentary seats. To many on the left, the SDP are held responsible for handing Margaret Thatcher several handsome parliamentary majorities because they split the left-wing vote.

However, the group may be seeking to have a different kind of influence. Third parties often act as pressure groups to lead either Labour or the Conservatives to move to the left or right. The SDP encouraged Labour to move towards the centre and encouraged Tony Blair and Gordon Brown to spearhead the modernisation of the Labour Party and to create the New Labour movement. Nigel Farage was similarly successful after setting up UKIP as a third party; he achieved his ultimate aim — a referendum on Britain’s membership of the EU. Both the SDP and UKIP were made redundant by their actions, but both were partially responsible for remoulding the political landscape to reflect their views.

The Angela Smith, a member of the Group of MPs, has apologised for having “misspoke” after she appeared to refer to people from black, Asian and minority ethnic backgrounds as having a “funny tinge”. For the Independent Group, this is a rather embarrassing start; for Labour it is a helpful PR mishap that may allow them to seize back control of the narrative of the split in their party. They may seek to cast this new group as out of touch and discriminatory, but would do so at the risk of deepening already exacerbated divisions within the Labour movement.

How does the public feel about the decision to split from the Labour Party?

Snap polling by YouGov (conducted before Smith’s comments) suggests that Labour voters are split on the issue, with one third of people who voted Labour at the last election in favour of the decision of the seven MPs to quit the party, with almost the same amount wishing they had stayed. Meanwhile, almost half of all voters (46%) supported the decision, with only 13% saying the seven MPs should have stayed.

Right now, its unclear whether those in favour of the break agree with the seven MPs because they support their principles. Many on the left of Labour support the break because they believe the Seven tried to undermine Corbyn’s bid to become prime minister when they were in the party, and that their views should not have a place within Labour. It is also as yet unclear whether Smith’s comments will have an impact on the Group’s popularity.

A Survation poll conducted for the Daily Mail suggested that a new centrist party opposed to Brexit would gain 8% of the vote in an election, 2% more than the Liberal Democrats. For a hypothetical party, those figures are not bad. Voters were also asked who better represents the people of Britain. Some 40% said the new Independent Group, while just 23% said Jeremy Corbyn.

What effect might all this have on the Conservative government?

This makes things acutely difficult for the government in terms of parliamentary arithmetic. Since Sinn Fein’s seven MPs do not sit in the Commons and the speaker of the House of Commons and his three deputies do not vote, there are 639 voting MPs, meaning the government needs 320 for a simple majority. After the 2017 General Election, Theresa May could command the votes of 326 MPs (including her confidence and supply partners the Democratic Unionist Party’s 10 MPs).

Now, that number has been reduced to 323. With pro-Remain and hard-line Brexiteer rebels on either wing of her party, this increases the pressure on May’s government even more. For the government to be defeated, just four Conservative or DUP MPs need to vote against the government. A key question remains whether these three defectors from the Conservatives would support the government in a vote of no confidence in the knowledge that it might usher in a Corbyn-led government. If there is a general election, it is unlikely to give either Labour or the Conservatives a majority, and therefore solve few of the political conundrums vexing the current parliament.

None of the three Tory splitters voted for Theresa May’s Brexit deal earlier in the year, and are regarded by the government whips as a lost cause who will not be persuaded to back a Brexit deal under any circumstances unless it is voted on in a second EU referendum. However, it is possible that their defection will push Theresa May into the arms of the more Eurosceptic wing of the party. Many Eurosceptic Tories voted against May’s deal, but could be persuaded to change their vote should changes be secured to the backstop to confirm in law its status as a temporary basis for a future UK-EU relationship.

How might this group change the outcome of any future election?

With these Conservative defections, the Independent Group has undoubtedly widened its potential appeal. The defectors referred in their resignation letter to how “the 48% [who voted ‘Remain’] were not only sidelined, they were alienated” by the Brexit process. Remainers constituted approximately 30% of the Conservative’s vote share in 2017. One might speculate that many of these voters would be tempted into voting for a political party that might emerge from the Independent Group.

On the other hand, the arrival of former Conservatives in this group may put off some on the centre-left. Questions over the way in which the three voted for austerity measures and tax cuts, among other issues could be a source of tension. The Independent Group claim they seek to rise above Britain’s tribal politics, but it is likely to cause problems, at least at first.