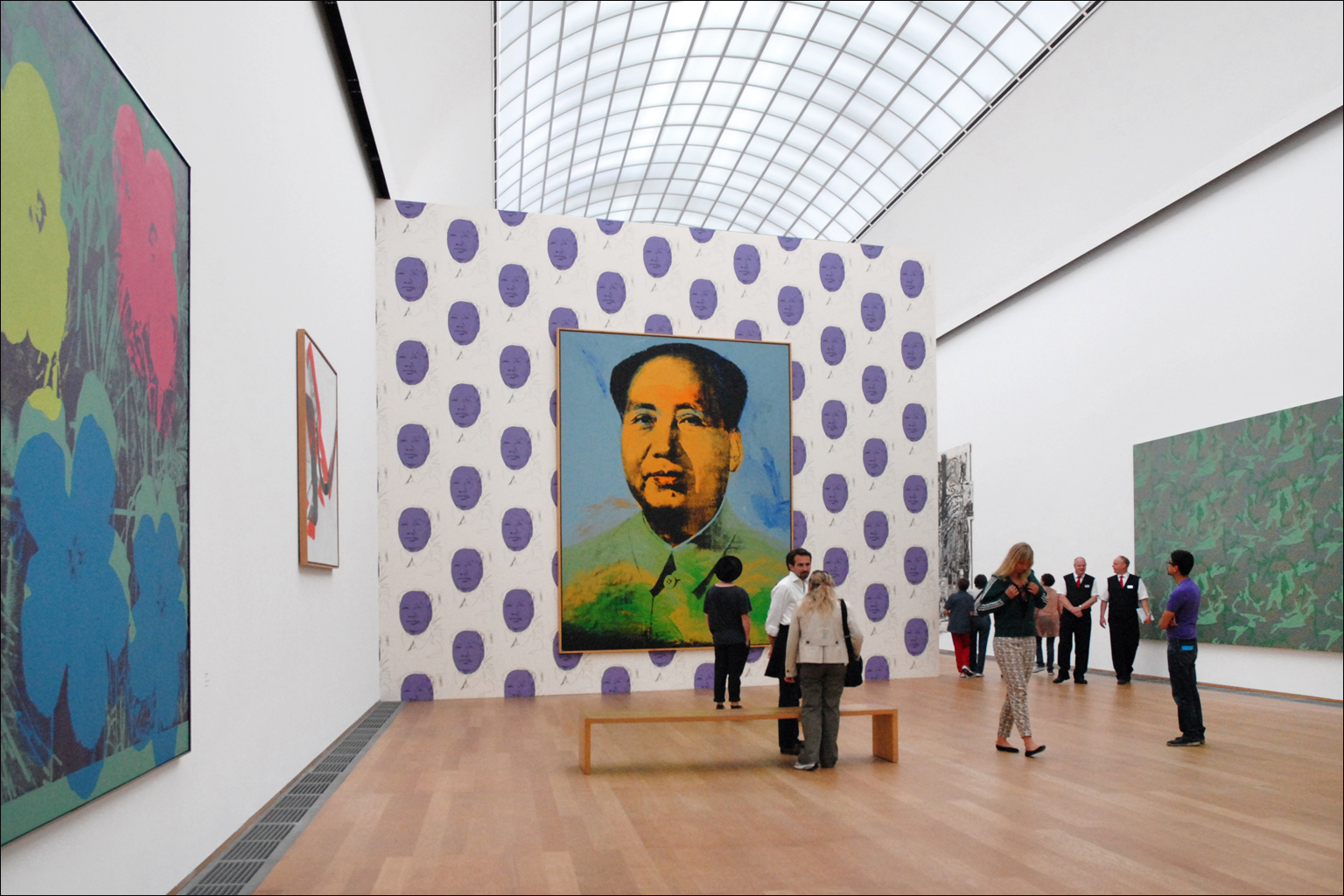 When mass commercialism and art mix, we get worse art. I concede that artists need to eat, and for that they need enough money to live on. But, no matter how ‘groundbreaking’ Jeff Koons considers himself to be, I don’t think art should be about trying to make as much money as humanly possible, and I doubt that I will ever be convinced otherwise.

Visual arts have often been a place where cultural outsiders can express themselves. To name drop the most obvious example: Van Gogh sold one painting during his lifetime and is now considered one of the best artists ever to have lived. Although his lack of commercial success was a source of suffering during his lifetime, it was probably also a cause of his uniqueness. Van Gogh did not have artistic agents and museum curators giving him market feedback, his art remained purely his, he didn’t make cheap concessions in order to sell it.

The danger of pieces of art being sold at auction for insane amounts of money is that artists turn their works into brands, they start giving their audience what they expect and instead of asking the tough questions.

In the end, no one really gets to enjoy that piece of art, especially since art museums can’t keep up with rising art prices

When art accumulates that much commercial value, it starts being seen in the same way as a really flashy car that is too expensive to risk driving. A piece of art gets bought by a millionaire who knows it will accumulate value as time goes on, and to decrease the risk of anything happening to it, they ferret it away in their private museum. In the end, no one really gets to enjoy that piece of art, especially since art museums can’t keep up with rising art prices. Even galleries as big as Tate Britain only have acquisition budgets of around £5 million, and with the upcoming government’s cuts to the arts, this purchasing power will only decrease further. This means that to be able to purchase Cezanne’s Card Players, the Tate would have to spend approximately 20 years worth of yearly budgets.

There’s a reason why Rothko eventually turned down his first and only commission from the Four Seasons Restaurant in New York, saying “Anybody who will eat that kind of food for those kind of prices will never look at a painting of mine,”. It’s because he recognized how damaging the idea of making art purely for a paycheck is.

Does commercialism destroy art? Must art be separated from money to be genuine, or is money a catalyst for great art? Koons has played with these questions throughout his career. In his earlier days, Koons made a living as a Wall Street commodities broker, later saying that the job allowed him to make art independent of the art market. Further on in his career, Koons almost went bankrupt from the sheer production costs of his (now famous) stainless-steel balloon dogs. Crazily enough, one balloon dog eventually sold for just over $58 million, at the time the highest price ever paid for the work of a living artist. Regardless of whether you think Koons is a genius or a simple provocateur, his works are undoubtedly intertwined with commercialism in complex ways.

So, does commercialism destroy art? It seems that an answer to this question must first consider what we look for in art; what about art is potentially destroyed by commercialism? I think art’s most interesting feature is its historical import: it can help us understand the past, and consequently shape the future. This is, of course, my subjective perspective, but any purportedly objective statement of art’s purpose seems doomed to fail.

commercialization is just one more way art holds a mirror up to human nature.

From a historical perspective, I think commercialization doesn’t destroy art but makes it more interesting. Commercialization is really just another aspect of art’s sociological meaning. It’s too easy to simply write off art for being “too commercial,” when this same art is preserved by world-renowned cultural institutions. For example, in the 1980s Jeff Koons made a series called The New, where he placed various types of vacuums in plexiglass display cases. These works are now regularly found in the annals of contemporary art history and in various national museums, like the Tate Modern. My point is not to pass judgment on the artistic merits of vacuums in display cases; my point is that it’s significant that these artworks are deemed important by our largest cultural institutions. Moreover, this cannot be written off if one thinks this is bad art and these institutions should not be preserving it, for if this were the case, the disconnect between a culture and its cultural institutions is interesting in and of itself.

As I said at the beginning, I don’t think the commercialization of art is without its problems. There’s assuredly something beautiful about the novelty of radical art, something which is extinguished when the work is sold and rehung in the “white cube” of the museum. But, from a socio-historical perspective, commercialization is just one more way art holds a mirror up to human nature.

The Marriage of Kim K – A Review