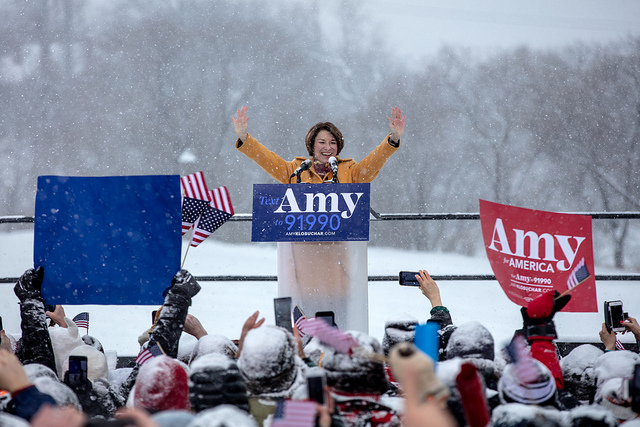 Given the already saturated nature of the Democratic primaries, what really matters is to be able to stand out from the crowd. After all, that was what Donald Trump managed to do successfully in the 2016 Republican primaries, marking a break not just in his political positions – as far as they could be discerned – but also in his political temperament. No more traditional, even-keeled calling for lower taxes; rather, Trump’s relentless tirades about the Chinese stealing jobs and illegal Mexican immigrants allowed him to seem more like a straight-talker and stand out in his emotional appeal.

The 2020 Democratic primaries are slightly different. Policy-wise, while there might be disagreements around specific ideas, it seems there is a convergence around a safely liberal set of priorities: healthcare, access to jobs, combatting climate change, and the like. Instead, the real dividing line in the eyes of voters will be each candidate’s image and approach. Elizabeth Warren is the professor populist; Bernie Sanders, if he runs, has his relentless focus on billionaires, and Kamala Harris is a symbol of intersectional accomplishment.

For me, though, Amy Klobuchar’s brand of down-to-earth pragmatism is appealing, making her the most unique entrant into the race for the nomination. Three of her qualities stand out: an actual concern for the regular person with a political record to back her up, a traditional ethos of hard work, and a willingness to compromise with Republicans. These would favourably contrast against Donald Trump in a general election, assuming he becomes the Republican nominee.

“More than somebody with a fiery drive to fight Trump, or a populist railing against the rich, what Americans really want is a president who will work hard for them and deliver results.”

The first thing that struck me about Amy Klobuchar was the powerful imagery of her presidential announcement. Battered by strong gales and the record levels of snowfall hitting the Midwest, Klobuchar was unfazed and laid out clearly a focus on helping everyday Americans. CNN’s editor-at-large Chris Cillizza ranked it the 2nd best announcement so far, largely on how unforgettable such an image was; Jennifer Rubin highlighted how this exemplified the image of her as “grounded-in reality” and as a tough person who won’t be put off by obstacles in the way of achieving the best for her constituents. This imagery was also helpful in another way – after all, most Americans, be they farmers, factory or service workers or even professionals, must brave the snow as well – why should their president be any different?

In this way she effectively symbolised how she understands the situation of ordinary people and has the political track record to match that. She’s tough, down to earth – and relates not just to ordinary Minnesotans, but to ordinary Americans.

Another of Klobuchar’s striking characteristics is her willingness to keep her head down and work hard – often with politicians with which she doesn’t necessarily agree. In the 114th Congress ending in 2016, Klobuchar sponsored and co-sponsored the greatest number of bills successfully signed into law – a whopping 27 bills in 2 years, compared to Warren and Booker who sponsored about 12. Klobuchar attributed this to “putting the people of Minnesota first”.But delving further, we can see that this success is actually chalked up to her ability and willingness to work across the aisle, something emphasised by Politico’s article on the “unusual constituency behind her:…Senate Republicans”. This pragmatic streak contrasts starkly with the much louder and more aggressive brand of politics adopted by other contenders.

This ability is what makes me believe she could be best placed to go against Trump. More than somebody with a fiery drive to fight Trump, or a populist railing against the rich, what Americans really want is a president who will work hard for them and deliver results.