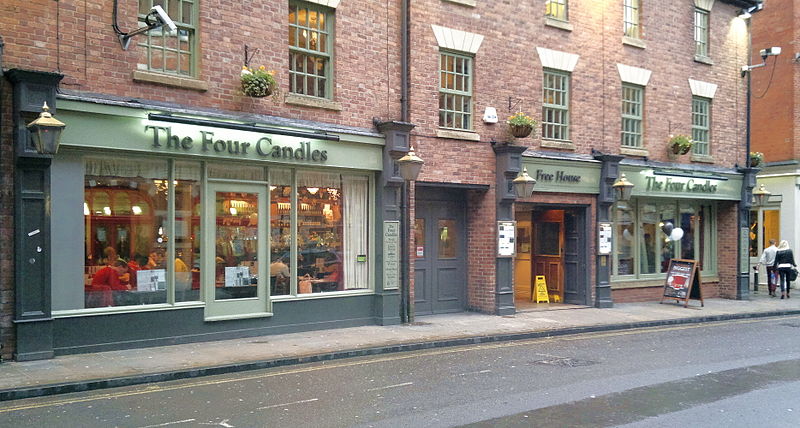 A quick peek at Oxford’s worst bars and pubs

Oxford has some truly great pubs and bars. But it also has some really crappy, overpriced dens of iniquity. As an ardent drinker, I’m here to help you figure out which hovels to avoid at all costs. Trust me, there are plenty. This list is only the top five.

Listen, I know this is a popular hangout amongst students, but it’s also a place where you pay nearly a tenner for a veggie sunday roast and get fobbed off with a “meal” consisting of cold parsnips and no gravy.

Considering the pub’s renown and history, you would think their food would be out of this world. And, I mean, it is , just not in a good way. Their chips are frozen. Their portions? Stingy. Their meat–so I’m told–is extremely chewy.

Were this a pub with run of the mill prices, it would not deserve a spot on this list, but in a world where I have to pay £8 for a drink, I do expect A* service, which isn’t this.

Please, hold your protests. As a self-confessed chav, I usually enjoy Spoons as much as the next girl, but the Oxford branch leaves a lot to be desired.

Along with the usual Spoons-related issues of watery pitchers and creepy, leering men, the Four Candles also fails to live up to the cheap and cheerful reputation that so many of us know and love.

Its layout leaves patrons sitting too far away from each other to feel included in any sort of bar buzz, the toilets are a grim experience, and many of the staff fit somewhere on the spectrum between ‘oh so bored’ and openly hostile.

To top it all off, for some reason the prices are higher than the far superior Spoons locations of Durham and Newcastle.

For a chain pub connected to one of the best bars in Durham (ironically named The Library), this pub is a huge disappointment.

The three cheese toastie was burnt on one side and raw on the other. The fries were cold, and the atmosphere was aggressively boring. I also paid £7 for a “cocktail” that literally looked and tasted like manky juice.

My friends received burgers without lettuce, without sauce, and without anything the menu boasted to include, other than a beef patty, which turned out to be burnt. Do not come here if you seek an edible meal.

This pub holds a special place in my own personal hell. Many moons ago, I walked in with high expectations. My friends and I picked a seat amid the busy bustle, and I browsed the menu. There were no prices in sight – a warning sign. My usual double vodka orange is a mere £3 in the Worcester bar, less than a fiver in The Wheatsheaf, and £7 at most other “fancy” pubs in Oxford.

The Pint Shop, however, charged me £11.50. This was not for some kind of special limited edition vodka paired with freshly squeezed orange juice either. It was a humble Smirnoff, served with juice from a carton and no ice.

I was shocked to my very core. They offer The Randolph’s prices with the interior of a particularly bare IKEA living room, complete with migraine-inducing orange lights.

Spare your bank account the trouble, and avoid this wannabe hipster hangout at all costs.

Picture this: you’re cold, you’re tired, and you’re fearing for your life. I’m not talking about being stranded in the Arctic. I’m talking about having a drink in this pub’s dodgy basement. The lights flicker, the heating is either broken or neglected, and the tonic water is painfully flat.

The white wine tastes suspiciously like vinegar. All you can hear is chattering teeth and muttered complaints.

I would recommend it if you’re in the market for enjoying a rather shady environment, but that’s about all this dungeon is good for.